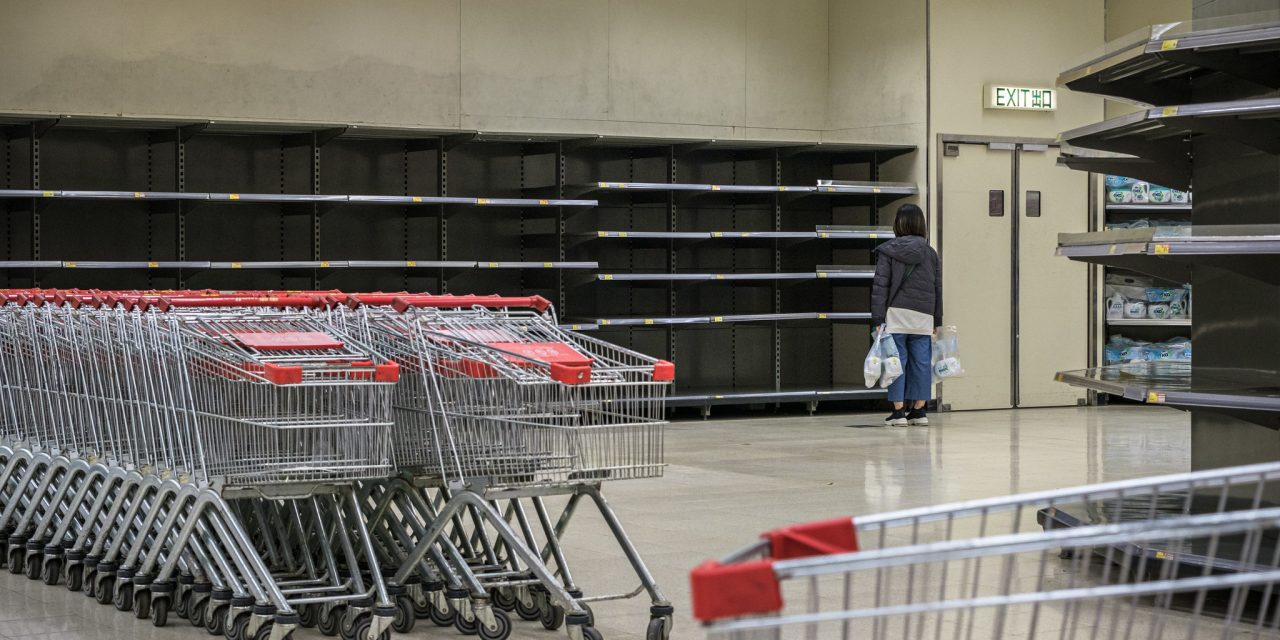 This article originally appeared in the December/January 20/21 issue of PosAbility Magazine, and all information was accurate at the time of writing to both the best of our knowledge and our best attempts at humour. If you’d like to read more articles like this, please consider subscribing.

You know what was missing from the song “It’s the End of the World as we Know It (And I Feel Fine)”? Coronavirus. Oh, and also the fact that absolutely none of us feel fine, like, at all. 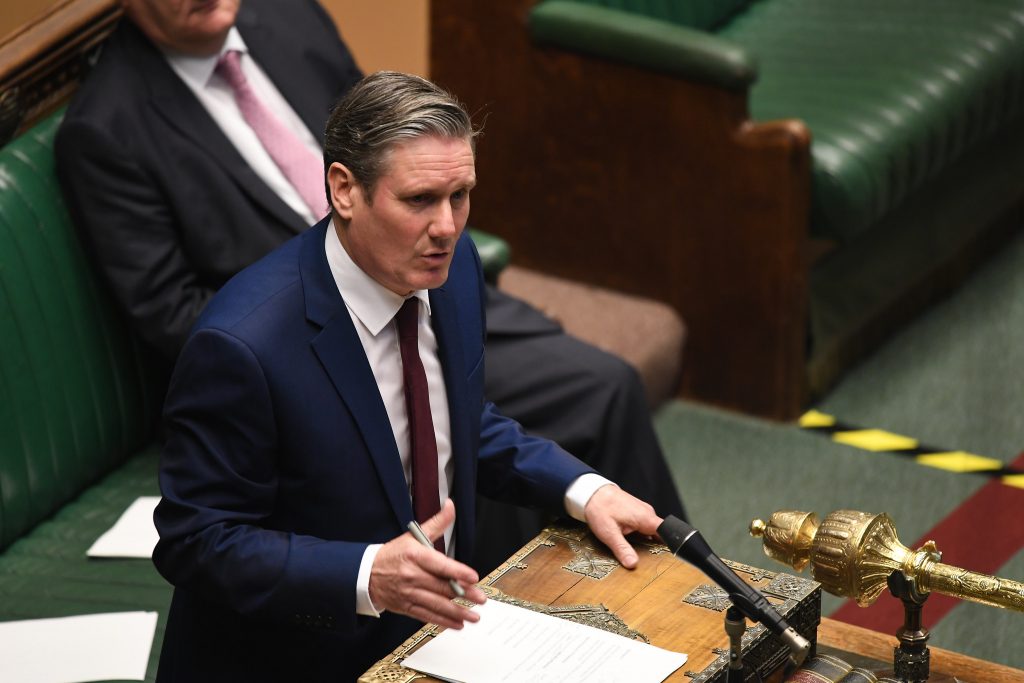 Labour Leader Keir Starmer speaking in the Houses of Parliament

7 – The Labour Party kick the year off with their own version of the X Factor as they look to replace leader Jeremy Corbyn, who stepped down last year. Unlike the X Factor, we did not get to see Keir Starmer go to the judges’ houses and sing “I’m Your Man” by Wham! to get his point across.

24 – The EU and UK sign the UK’s withdrawal agreement from the EU. What, did you think you’d get to avoid more Brexit chat after last year? No chance.

31 – The first two cases of COVID-19 in the UK are confirmed in York. On the same day, the UK officially leaves the EU. To say it was not a day of positive reporting for 24-hour news channels depends on your outlook on both Brexit and COVID-19. 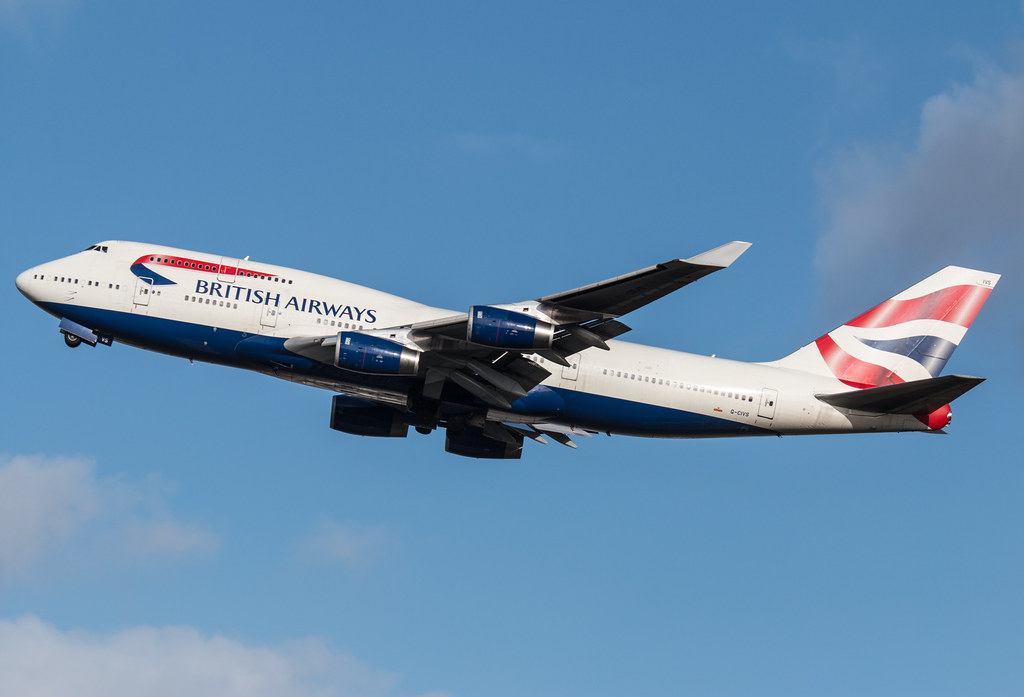 Pictured: A Boeing 747 in flight. Not pictured: us trying to work out if a 747 travels faster than COVID-19.

1 – The cruise ship Diamond Princess, onboard which are a number of British citizens, is quarantined after docking in Okinawa, Japan. Reports that come in from the cruise ship make it sound a lot like the film Contagion if it was set on a boat and featured a sad lack of Laurence Fishburne.

9 – Storm Ciara propels a Boeing 747 an unbelievable 825mph between JFK and Heathrow, making the flight in record time; despite being subsonic, it was not fast enough to outrun a year’s worth of stories about COVID-19 or Brexit, unfortunately for all aboard. 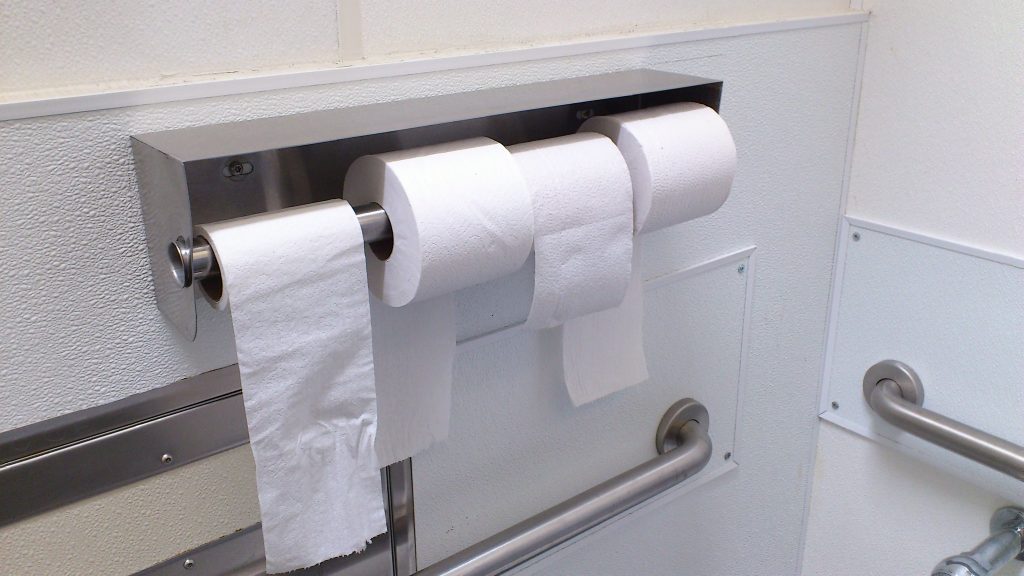 Multiple toilet rolls in a bathroom, a symbol of tremendous wealth in the dystopia of 2020

2 – The government holds a COBRA meeting regarding COVID-19. Everyone moves collectively from the state of “it’s not a big deal” to “I coughed twice this morning and now I am in a constant state of unrelenting anxiety.”

6 – The Prime Minister informs us that there will be a “substantial period of disruption” while the UK fights COVID-19. Everyone assumes that means a month or two. Oh, how naive we were; how full we were of hope.

14 – The government promotes “herd immunity” as their method of combating COVID-19. This was such a terrible idea that the World Health Organisation had to step in and say “people will literally die can you maybe work something else out.”

20 – All schools across the UK close. As parents add “home educator” to their list of talents; simultaneously, alcohol sales across the country increase as parents realise that trying to teach a 7-year-old their times tables is not as simple as they thought. On a very serious note, children living with SEND begin missing out on access to care, education, and activities.

23 – The lockdown is announced. From this moment on, the word “unprecedented” has been used so many times that it now lacks any meaning.

25 – The Great Bog Roll Shortage of 2020 begins. As loo roll flies off supermarket shelves, people struggling to get their hands on some start eying up their hand towels, sweating profusely.

26 – On this day, the furlough scheme begins. In the evening, the very first Clap for Our Carers takes place. While the public clapped in love and respect, the NHS were still without vital PPE. 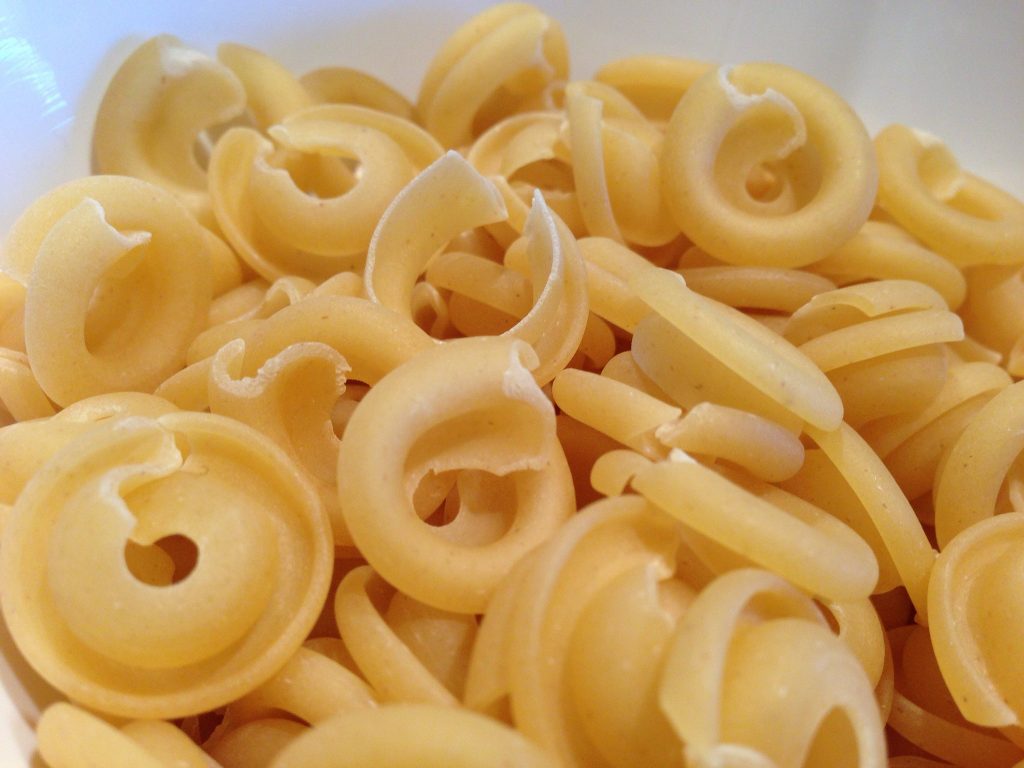 A bowl of dried pasta, an important item to use when bartering for toilet roll in 2020

2 – The government advise that people should no longer visit relatives in care homes as COVID-19 is affecting residents at an appalling rate. The country makes an uneasy peace with the knowledge that they may have to say their last goodbyes to their loved ones over video calls.

3 – Hope no-one wanted pasta for the next four months, because the Pasta Famine of 2020 is now upon us. People continue stockpiling food (even though the shops aren’t closing), which stops a lot of people who really need it getting what they need.

22- MPs take part in the first virtual Prime Minister’s Questions via Zoom, marking the first time many of them have seen their laptops without a little bit of tape over the camera.

30 – Boris Johnson informs us that the UK is “past the peak” of the COVID-19 outbreak, which looking back on it is both tragic and funny, as comedy equals tragedy plus time.

The ruins of Barnard Castle, behind lush, well-maintained grass and trees. A great place to test one’s eyesight

4 – The ONS reports that almost half of over 16s in Britain consider their anxiety to be “high” due to the lockdown. Presumably, the other half of Britons could not find a word that represented the magnitude of their anxiety levels.

23 – Dominic Cummings is caught having driven 260 miles from London to Durham, despite showing symptoms of COVID-19. This was fine, because he’d also driven 30 miles to Barnard Castle to check if he was able to drive, and he could, so he went ahead with his trip to Durham. This was widely regarded as a bad move.

31 – Protesters gather in major cities to protest the murder of George Floyd by police in Minneapolis. The only joke here is that it’s 2020 and people still have to protest against racial injustice, in the Year of Our Lord 2020. 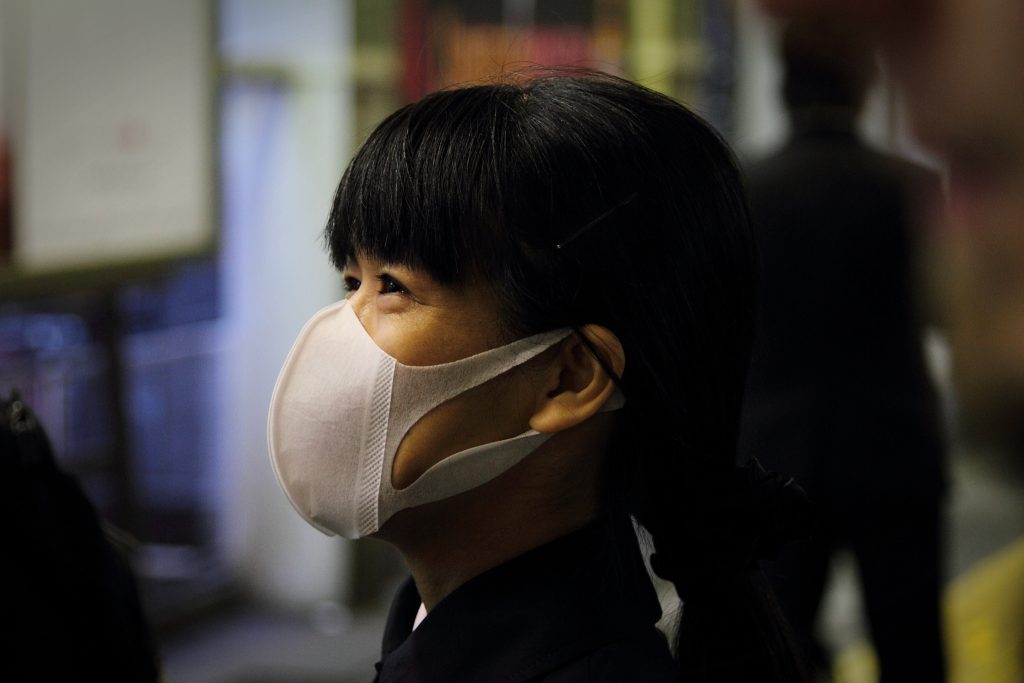 A woman’s face in profile, wearing a mask over her mouth and nose, thank goodness

15 – Face coverings are made mandatory on public transport in England. This means that those without exemptions have to wear a mask over their mouth and nose. Please. That also doesn’t mean we can bully people who are exempt from wearing face coverings, General Public.

25 – The hottest day of the year so far. Look, not many good things happened in June, and we have to keep this light and, overall, positive to fit the tone of the magazine. Ultimately this has not been a great year for anyone, let alone the disabled community, so let’s take a break to remember when it was warm before I shoehorn more “jokes” into political commentary and sad facts about COVID-19. 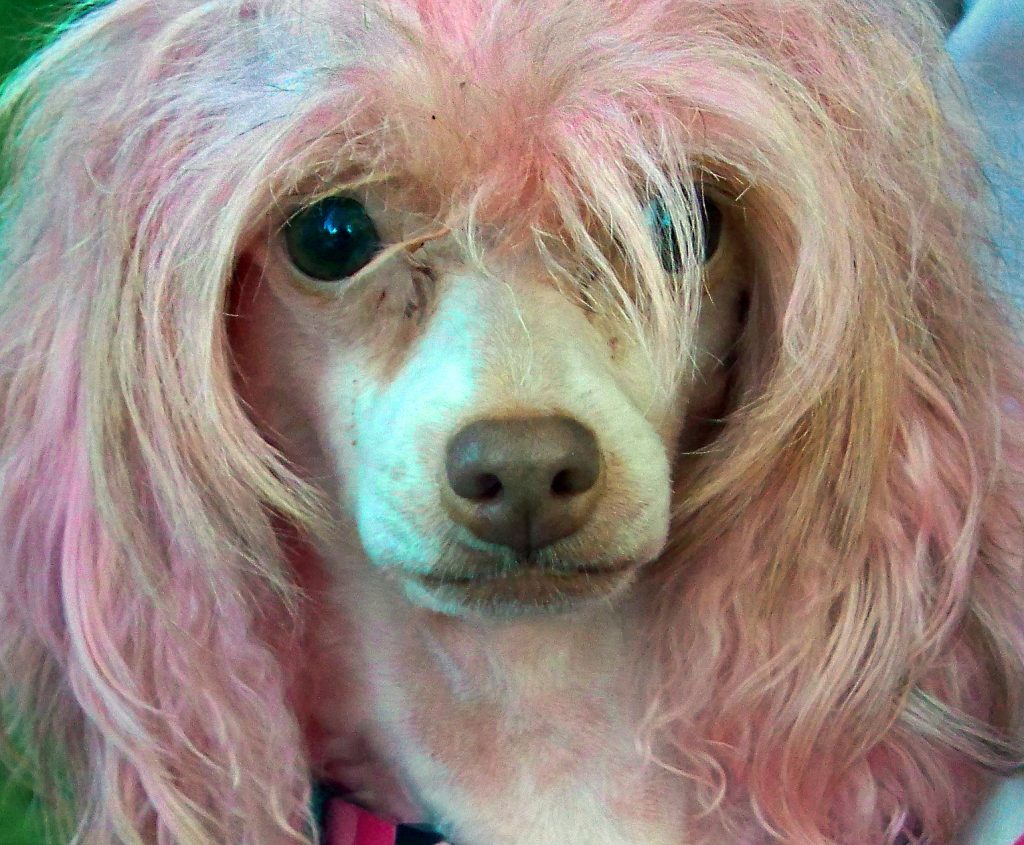 A small dog with patches of pink dyed into its fur, resembling the bad dye job that this humble writer gave herself during the lockdown – thank you COVID-19

4 – Things start to look up a bit as the lockdown is eased up. Hairdressers re-open to some of the most powerfully bad DIY haircuts known to man, and these scissor-baring angels take it all in their stride.

31 – We see our first-ever case of babesiosis, a malaria-like disease passed by ticks, in the UK, giving us even more to fear should we go down to the woods today (please don’t actually worry; just wear long socks or trousers in tall grass).

The BBC’s logo on the side of Television Centre, inside which there is presumably a copy of “How To Win Friends and Influence People”

1 – The BBC does away with the free licence fee for over 75s. No-one liked this.

4 – Scotland does not do a great job of assessing students’ grades after they were unable to take exams due to the pandemic. You would think the other nations of the UK would look to this admitted failure and change their methods of assessing grades, but you would be extremely wrong. 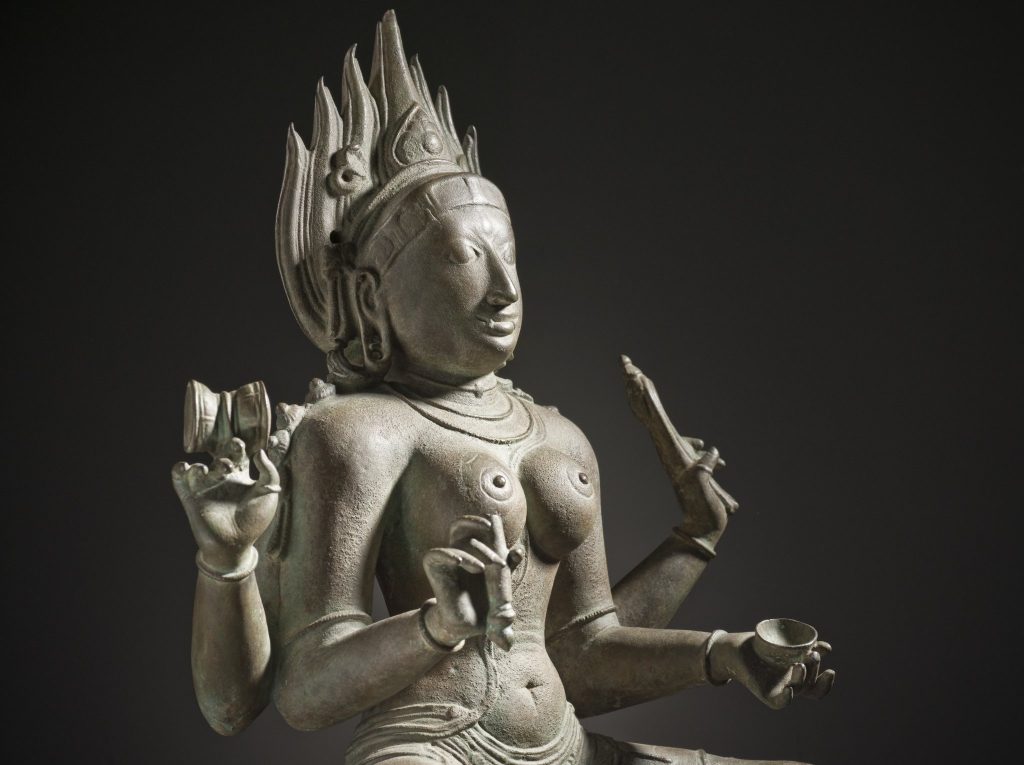 A worn copper statue of the Hindu goddess Kali. Not one of the statues returned to India, but probably best that whoever has it thinks about returning it to its rightful home.

11 – The R number starts rising again. People who have been forced to isolate since March are filled with the most righteous anger at others who have not been respecting the lockdown rules. These people should get an extra week off at Christmas as an apology for others’ behaviour. Just saying.

16 – A number of stolen artefacts are returned to India after 40 years in the UK, in the hope that this may appease some great cosmic force and give us a break from the pandemic. Also, it was the right thing to do. 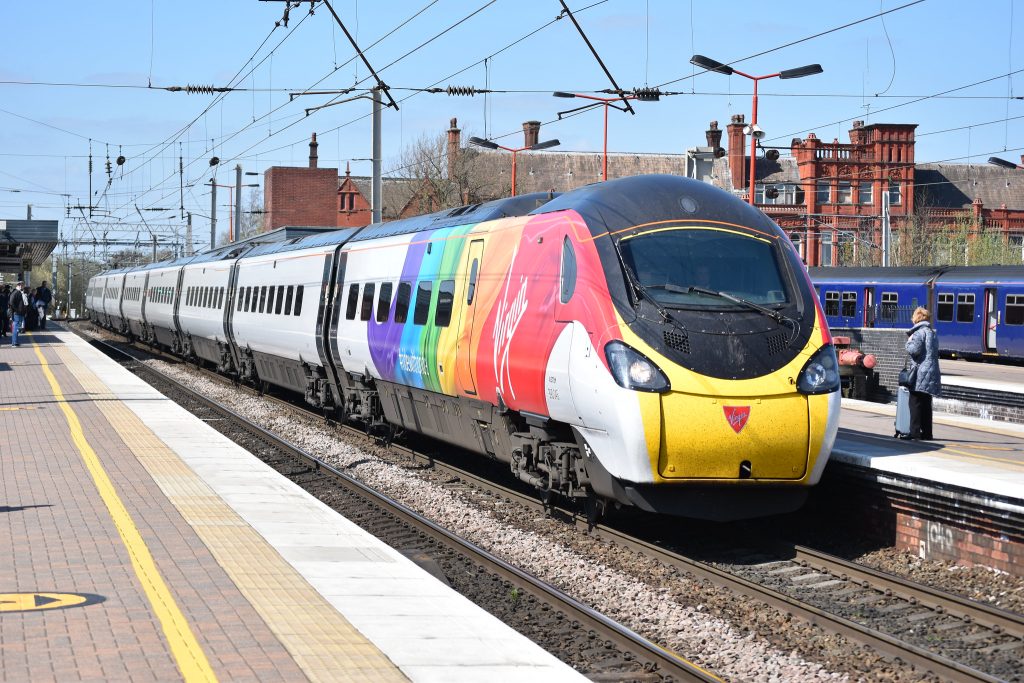 If you are exhibiting the symptoms of COVID-19, best not to take a train (like the one pictured above) from Scotland to London, you know, just in case

1 – Margaret Ferrier, MP for Rutherglen and Hamilton West, is suspended by the SNP after learning nothing from the outrage Dominic Cummings received in May, and travelling between London and Scotland after testing positive for COVID-19. Again, this was widely regarded as a bad move.

12 – Boris Johnson announces the three-tier alert system for England – medium (tier 1), high (tier 2), and very high (tier 3). No-one has the heart to tell him that he missed out “low”.

23 – Scotland introduces a five-tier system, which features both bells and whistles, and starts on Level 0 – nearly normal. We’re not saying it’s better, we’re just saying it’s nice to have a baseline which doesn’t sound as ominous. 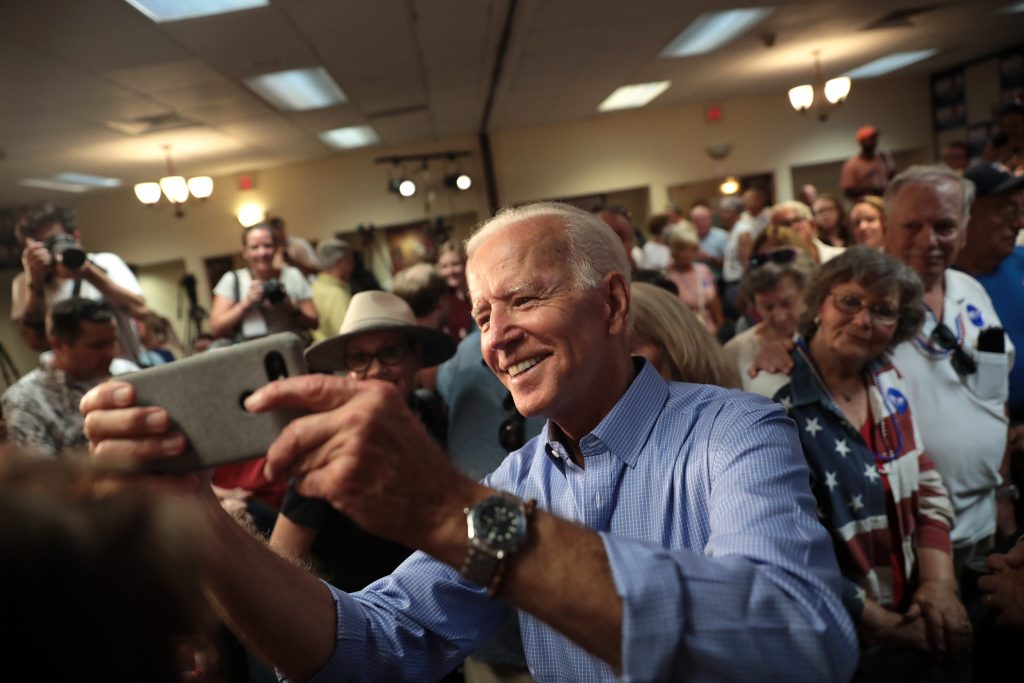 Soon-to-be President Joe Biden, taking a photo with someone in the time before masks

7 – After what can only be described as three entire days of “squeaky bum time,” Joe Biden is announced as having defeated Donald Trump in the 2020 presidential elections. The world breathes a sigh of absolute relief, and tries to ignore the fact that Trump is saying it’s all lies. We really don’t need this right now, Donald.

9 – Biopharmaceutical firms Pfizer and BioNTech announce they have produced a strongly effective vaccine to COVID-19. With this news following so soon from that of the US elections, we collectively decide that 2020 is on the upswing, and not a moment too soon. 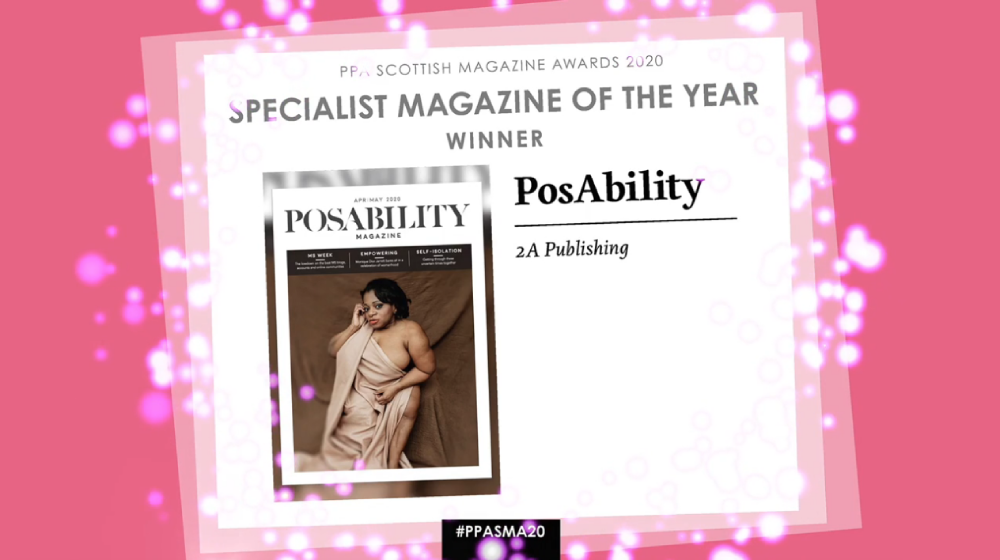 PosAbility Magazine wins an award at the PPA Scotland Magazine Awards, or as we have tentatively labelled it, “joy in the time of COVID-19”

3 – On International Day of Disabled People, PosAbility Magazine scoops the Specialist Magazine of the Year at the PPA Scottish Magazine Awards. This is one of approximately three good things to happen this year in an ocean of myriad horrors.

14 – COVID-19 mysteriously disappears from the universe, but in its wake employers become more understanding of the value of telecommunications, allowing more people to work from home and encouraging more disabled people to enter the workforce. Or at least that’s what we think has happened. We write this in November. Everything after October borders on speculation.

25 – Santa delivers love and joy into the hearts of all the world’s citizens, leaving the gift of understanding under each of our Christmas trees. Jackie Bird announces that she will return for Hogmanay on BBC Scotland, knowing that the pain our hearts have endured over the last year is too much to take without her. All is calm. All is bright. 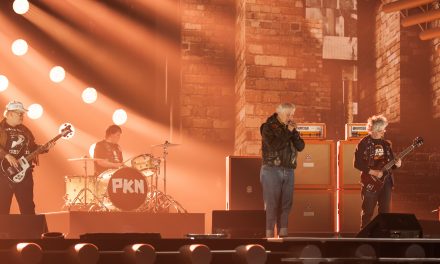 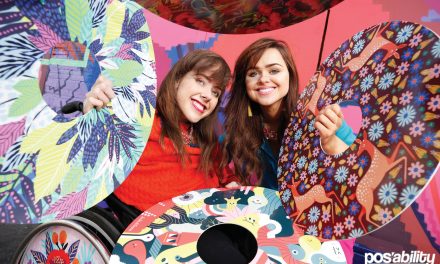 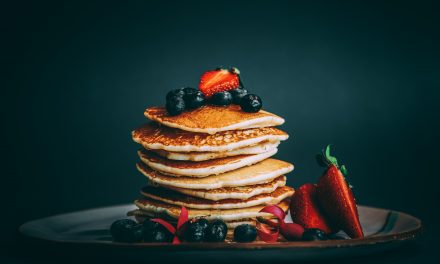