Boy, 11, died after waiting 40 MINUTES for ambulance after 999 operator refused to despatch nearest crew because they were on a lunch break

The parents of an 11-year-old boy found hanging from a bunk-bed waited 40 minutes for an ambulance after a controller refused to interrupt the crew during their lunch break, an inquest heard yesterday.  After Callum James was discovered in a bedroom by his mother Pauline she dialled 999 and a volunteer community first responder, who are trained to provide life-saving care prior to the arrival of an ambulance, reached the address within five minutes.  At this point Callum still had a faint pulse but it was only when the ambulance arrived 35 minutes later that he could be placed on a spinal board and carried downstairs.

Callum, who had been due to start secondary school the day after the incident, died 48 hours later in Sheffield Children’s Hospital.

Blanche Lentz, of East Midlands Ambulance Service, told the inquest that the 999 call was received at 12.58pm on September 4, 2011.

A minute later a paramedic car based in Scunthorpe, 15 miles from the James family home in Gainsborough, was dispatched as well as the volunteer, who lived closer.

The ambulance controller identified four available vehicles, but all were more than 30 minutes away.

The controller was not called to give evidence at the hearing in Lincoln yesterday.

Miss Lentz told Central Lincolnshire coroner Stuart Fisher she ‘cannot commit as to why none of these ambulances were dispatched’.

Eventually, four minutes after the 999 call, the controller requested a crew be sent from Retford, Nottinghamshire.

But Miss Lentz said the crew were on an ‘undisturbed meal break’ and it was ambulance service policy that ‘a crew does not have to attend when they are on a meal break.’

She said the crew were not interrupted and were told of the call only 17 minutes later. They eventually arrived at 1.38pm.

Paramedic Andrew Devenport told the inquest: ‘If we had been notified by control of this incident we would have immediately made ourselves available and responded to the call.’

Mr Fisher recorded a verdict of suicide on Callum, who suffered from both autism and Attention Deficit-Hyperactivity Disorder, and asked that the ambulance service look at the case urgently.

He added that the ‘unacceptable delay in the arrival of the ambulance’ did not significantly adversely affect Callum’s medical state.

A spokesman for East Midlands Ambulance Service said: ‘Although it had no bearing on the outcome, we accept that a back-up ambulance could have been sent sooner.’ Depression and exercise: a group to get you Up and Running 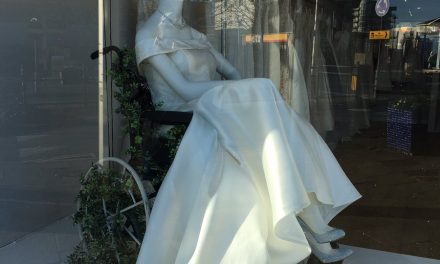