There is a telling moment in a documentary called Snapshot: Dicing with Sex when a group of young deaf people are shown cards with different words on them. They all instantly recognise the words Facebook, Wii and YouTube, but the words syphilis, genital warts and hepatitis ABC are met with blank expressions.

Broadcast in sign language on digital TV in 2010, the documentary revealed a remarkably uninformed attitude to sex, with several young deaf people saying they preferred not to use condoms, despite experiencing sexually transmitted infection (STIs) or pregnancy.

The charity Deafax says deaf people’s lives are being put at “extreme risk” when it comes to sex education because their communication needs are not being addressed.

A survey for the charity’s Education & Advice on Relationships & Sex (Ears) campaign found 35% of deaf people received no sex education at all while at school. Everyone else surveyed – 65% of respondents – said that what information they did get was inaccessible. As a result, they often found out about sex through the media, talking to their friends, or direct sexual experience.

A deaf BBC journalist who spent years working on See Hear, the series for deaf people, told me about a conversation that shocked him while researching a programme on sexual health. A deaf woman said: “I’m on the pill so I won’t get pregnant. Simple.” When he asked her about avoiding an STI, she said: “The pill stops everything. I don’t want a baby now.” The possibility of getting an STI wasn’t even part of her thinking.

In one of the most horrific stories collected as part of the survey, a teenage mother explained how she was raped and then had men coming to her door asking for sex. She presumed that this was simply “what I was supposed to do”.

Nearly half of those who responded were sign language users, and 70% profoundly deaf.

Rubbena Aurangzeb-Tariq, a Deafax sex education trainer, says many communication support workers – who support deaf students in education – do not have a sufficiently high level of sign language to enable them to convey the information, and lessons are often designed to give the basics without using graphics and images that would make sense of the information for students who communicate in a visual language.

Aurangzeb-Tariq, who is deaf, adds: “It concerns me that [my deaf students] feel they ‘know’ things but it’s mainly from gossip and the media.”

But schools shouldn’t bear the responsibility for sex education alone, she says: “We really need parents to have a sign vocabulary on the subject – it would reduce so many barriers to emotional development.”

More than half of those surveyed for the Ears campaign attended a deaf school. But issues with sex education also affect deaf children in mainstream schools, many of whom are regularly visited by a Teacher of the Deaf (ToD).

Deaf teenager Ni Gallant, who is a member of the National Deaf Children’s Society’s youth advisory board, says that some deaf children who attend the youth group she runs in Worcestershire miss sex education classes because they meet their ToD while the rest of their class have personal and social education lessons. And what sex education they do receive is often taught using videos without subtitles. “The rest of the lessons are spent doing group work or group discussion which [due to her deafness] I personally find a nightmare,” she says.

Research by the University of Manchester in 2009 identified other issues with ToDs. Professor Wendy McCracken says that among the themes that emerge was embarrassment “for both the deaf child and the ToD, especially where signs were used as they were graphic and drew attention to the deaf child”. Furthermore, ToDs lacked specialist training in sex education and felt there was insufficient time to cover the subject. Training materials were also seen as not being deaf friendly.

The consequences of missing out on sexual education can be far-reaching. The charity SignHealth recently set up a service calledDeafHope to support deaf women and children who are victims of domestic abuse. SignHealth’s Rowena Dean says that because of missing out on information, deaf people “may have less ‘socialisation’ of sexual relationships” and as a result may not be as well equipped to recognise an unhealthy sexual relationship.

The importance of being given the language to articulate sex and relationships is backed by the NSPCC, which says: “Deaf children may be more vulnerable because they don’t have sufficient communication skills or vocabulary to describe what is happening to them.”

With the risk of STIs, unwanted pregnancies or even abuse, communication barriers to sex education have the potential to have a huge impact on deaf lives, yet resources aimed at addressing this gap remain incredibly thin on the ground. Deafax has created a sexual health package with an emphasis on visual communication, while the charityDeafway recently set up a website called Deaf Lizards providing information in British Sign Language and English for young deaf people. But it’s clear that much more needs to be done.

The Guardian by Charlie Swinbourne 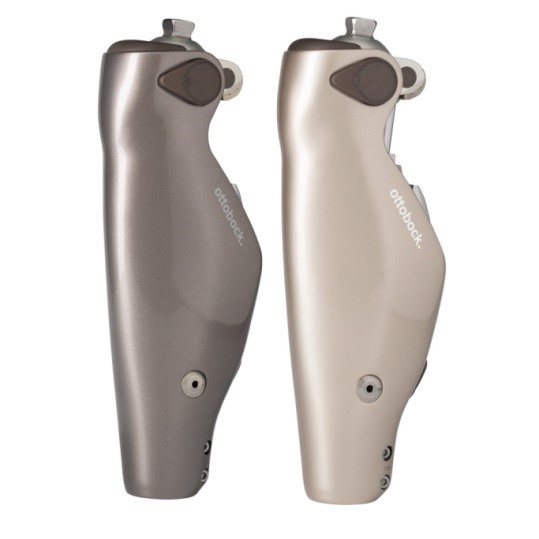 Help for Heroes’ new rehab centre: ‘This is a launchpad for life’