A disability rights campaigner has told a minister at the Conservative conference to “stop bullying us”.  Kaliya Franklin, 36, spoke out at a fringe event examining the government’s welfare to work programme.  Ms Franklin, who suffers from Ehlers Danlos Syndrome and uses a mobility scooter, confronted the welfare reform minister Lord Freud.

She told him “you are driving us away” by introducing more sanctions on those deemed able to work by government.

After having a one-on-one chat with Ms Franklin, 36, after the meeting Lord Freud said he “heard what she had to say” and would reflect on it.

The Work Programme is the government’s main scheme for helping people who are unemployed back into work.

Under the terms of the programme, contractors from the public, private and voluntary sectors are paid a fee, usually £400, when the job centre refers an unemployed person to them, typically someone who has been looking for work for a year.

Further, larger payment can then be made when a person has been in sustainable employment for up to two years. The harder the company has to work to find and keep someone in a job, the more money they get.

At the core of the scheme is the idea of payment by results, so there is a financial incentive for providers to do their best to get the long-term unemployed back into the job market.

Lord Freud said his overall perspective was that “for most people it would be pretty damned good for them to have a job”.

Most of the speakers at the fringe event were broadly supportive of the government’s scheme and its motivations but said there were still practical problems that needed resolving.

But Tom Pollard, policy and campaigns officer from the mental health charity Mind, said the “adversarial tone” of parts of the Work Programme “makes it hard for some people to engage with it”.

And Kirsty McHugh, the chief executive of the Employment Related Services Association, the trade association for welfare to work providers, added that: “It is tough out there. When the Work Programme was set up the growth predictions for the economy were much more optimistic.”

Sean Williams, the managing director for Welfare to Work at security firm G4S, which is a Work Programme provider across England, also raised concerns about the number of people being referred to his company.

“The number of referrals has halved in recent months. If we get sent half as many people, we will do half as much good in society, and cut the benefits bill by half as much as we could. Ultimately, it could undermine the viability of the system,” he said.

A spokesman for the Department for Work said: “More people have joined the Work Programme than was predicted when contracts were signed, and the number of referrals was always projected to fall after the first year.

“We are taking a number of steps to address the lower than anticipated flow of Employment and Support Allowance (ESA) claimants.” 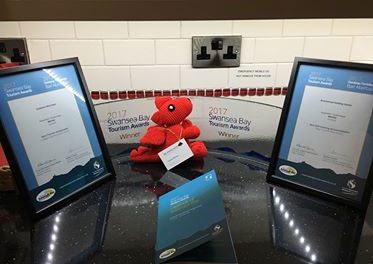