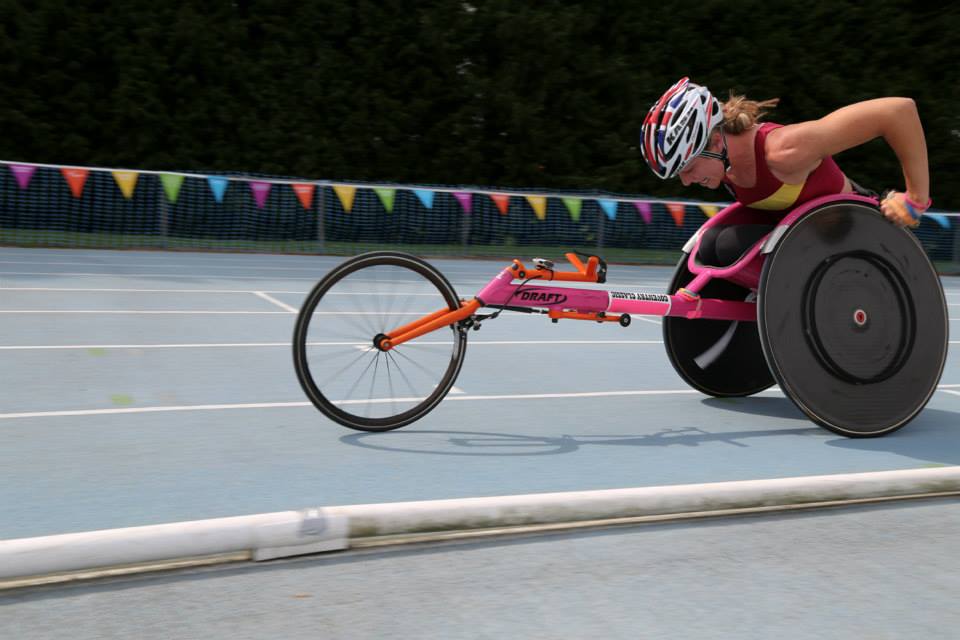 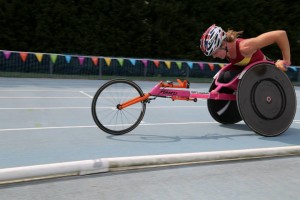 A fantastic run of form has secured Paralympian and Hartpury golden girl Mel Nicholls a place at the IPC Athletics European Championships in Swansea.

Former Hartpury student Mel, who is now a Sports Ambassador for the College, will race in the T34 800 metres and 100 metres at the Championships at Swansea University International Sports Village from August 18th to 23rd.

She has been named in a 56-strong Great Britain and Northern Ireland team featuring 10 current Paralympic and world champions, including six-time Paralympic gold medallist David Weir.
Wheelchair racer Mel, who lives in Tewkesbury, is currently ranked second in the world for the 800m and 400m. She has set two world records at 1500 metres this year and achieved personal bests at all her distances (100m, 200m, 400m, 800m, 1500m, 5k and 10k).
Her racing chair, ‘Dolly’ – so named by Mel as it is pink and orange and resembles a Dolly Mixture – is sponsored by Hartpury College, along with her training handbike, ‘Acorn’, which she credits for playing a crucial role in boosting her performance so dramatically in recent months.

“I’m absolutely thrilled to have been selected for the European Championships and it caps what has been a fantastic 2014 season so far for me and what I have been working towards,” said Mel.

“Smashing my own world record twice and achieving my best times in all distances – I really couldn’t have asked for more this year – and it’s the reward for the hard work I’ve been putting in.

“My progress last year was hampered by a shoulder niggle but I’ve had some pretty intense physio and I’ve been working really hard in the gym, particularly strengthening my shoulder and back. The new handbike provided by Hartpury has really helped with that. It’s fantastic.

“In a racing chair, I can only go as fast as my arms can go but the handbike enables me to push myself harder in terms of my cardio, stamina, endurance and fitness. My new chair has made a massive difference to my times too. It fits me so much better, which makes my pushing so much more efficient and effective.”

Mel smashed her own 1500m world record by just under 10 seconds at the England Athletics Disability Open championships in May, recording a time of four minutes, one second in Bedford. Only a week previously, she had set the previous world record of 4.11.60 in Switzerland at the IPC Nottwil Grand Prix. At Bedford, she also recorded the third fastest time ever in the 800m, clocking 2:12.51.

Since finishing seventh in the 200m at London 2012, Mel has been concentrating on the longer distances, setting her sights on selection for the European Championships and, ultimately, for the Rio 2016 Paralympic Games.
Her most recent outing was at the Coventry Godiva Classic last weekend, where she raced her second fastest 800m (2.10.62) and 400m time ever. She also achieved a 20-second personal best in the 5k and took another nine seconds off her 1500m PB (3.52.73).
Before that, she raced in a Diamond League fixture in Glasgow on the Commonwealth Games track, where she finished fourth – her second fastest time ever in the 100m – traditionally her weakest event.
“I feel like I’m in great form right now, especially in the longer distances, so I can’t wait to show what I can do in the 800 metres in Swansea,” added Mel.

“I’ll be up against the best wheelchair racers in Europe but I know I can be competitive on the big stage and I’m determined to go there, give it everything and hopefully grab some glory for Great Britain and for Hartpury.”

Interview: Hannah Cockroft ahead of Naidex 2015 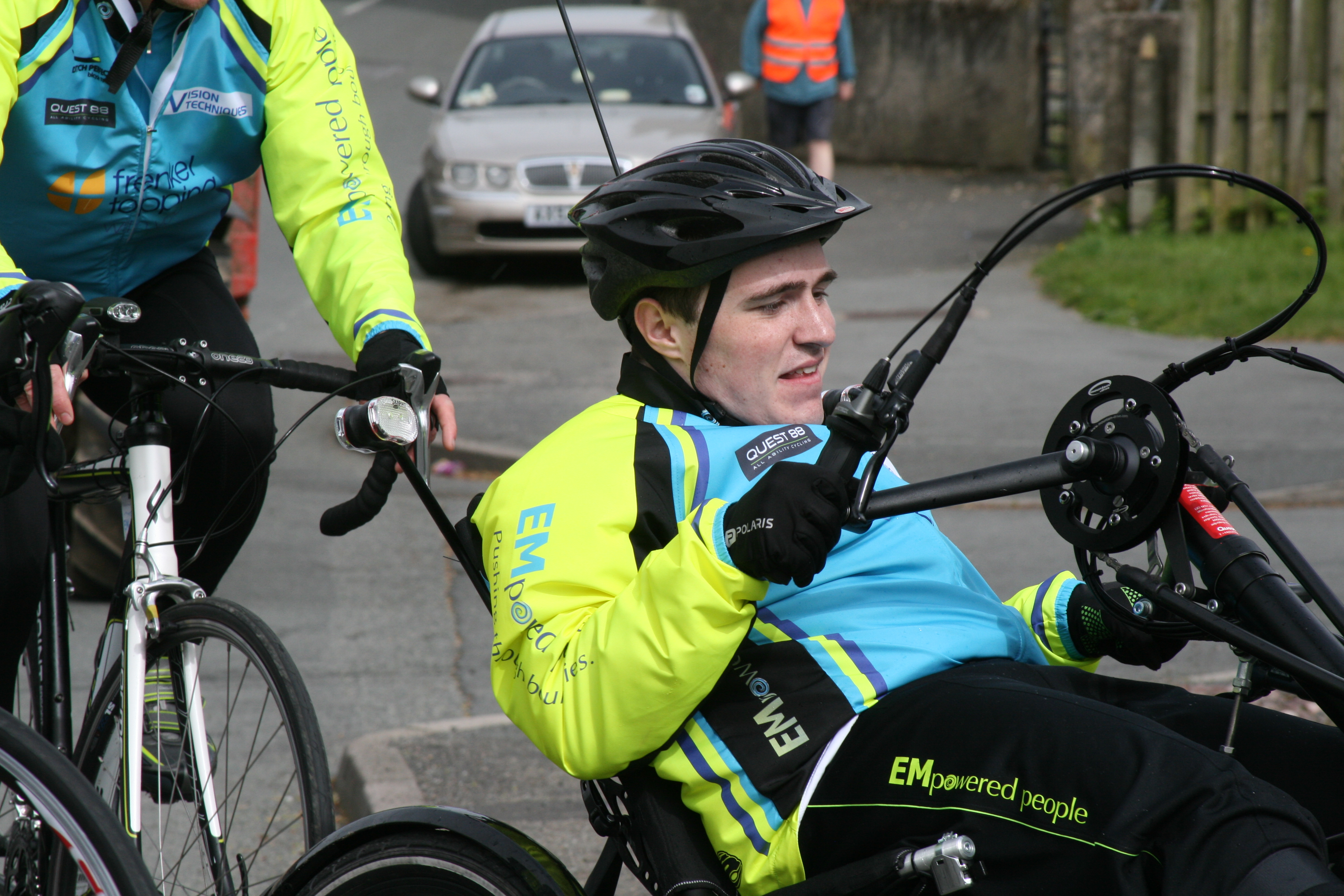