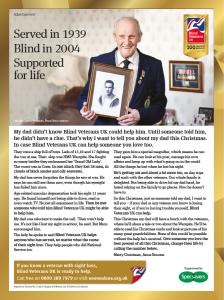 National sight loss charity Blind Veterans UK has been shortlisted for a prestigious award in the sight loss sector, with the help of some of the blind ex-Service men and women it supports.

The Vision Pioneer Awards 2016, run by NB Online and the UK Vision Strategy, received more than 50 entries across all six award categories. Blind Veterans UK has been shortlisted in the category of ‘Campaign of the Year’ for its No One Alone campaign, which is a targeted effort to encourage the thousands of blind and vision-impaired ex-Service men and women in the UK to register for the charity’s free services and support. Blind Veterans UK estimates that there are currently 59,000[1] potential blind veterans that would be eligible to access its specialist support, most of whom are not currently aware of it.

The campaign team puts the veterans it currently supports at the heart of its campaign activity. The team regularly participates in national and local events and engagements across both the military and sight loss sectors, aided by a team of 13 volunteers who already receive support from the charity and are well placed to speak to potential beneficiaries. The charity attended more than 100 such events in 2015, ranging from national events like Armed Forces Day to local events such as support groups for people with macular degeneration.

Other campaign activity last year included national advertising in consumer magazines Saga, Good Housekeeping and Prima sharing the stories of some of its veterans and how they had been supported by the charity, as well as a comprehensive programme of PR activity with coverage received across TV, radio, print and online. 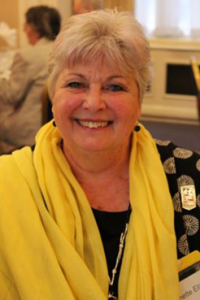 One veteran who has been pleased to help with the campaign is Lindy Elliott, 69, a former Wren, who lost her sight a result of diabetic retinopathy and has received support from the charity since 2012.

Lindy says: “I am delighted to hear that Blind Veterans UK has been shortlisted for a Vision Pioneer Award for its No One Alone Campaign. I am a regular volunteer for the campaign team, helping to spread the message about the support Blind Veterans UK can provide to all veterans with severe sight loss. The support the charity provides is superb, so I see this as my chance to give something back, as well as meeting some wonderful people along the way.”

Following on from all the campaign activity, the charity recently announced a record number of 875 new beneficiaries to the charity in April of this year – the most in Blind Veterans UK’s 101-year history.

Lara King, No One Alone campaign manager said: “Blind Veterans UK believes that no one who has served our country should have to battle blindness alone, and the No One Alone campaign is key to ensuring we reach as many veterans as possible. We are thrilled it has been shortlisted for a Vision Pioneer Award and hope it will help raise awareness of the charity and encourage more veterans to register for our free, services and support so that they can discover a life beyond sight loss.”

The Vision Pioneer Awards 2016 ceremony will take place on 13 June at Grange Tower Bridge Hotel, London. The No One Alone campaign has been shortlisted alongside three other campaigns.

Blind Veterans UK is the national charity for blind and vision impaired ex-Service men and women, providing vital practical and emotional support to help veterans discover life beyond sight loss. The charity has three centres in Brighton, Sheffield and Llandudno, North Wales and a network of welfare officers around the UK.

If you know someone who served in the Armed Forces or did National Service and is now battling severe sight loss, find out how Blind Veterans UK could help them discover a life beyond sight loss by calling 0800 389 7979 or visiting noonealone.org.uk.

Principal resigns after emailing fellow teacher’s video mocking autistic boy, 11, with his head stuck in a chair to other staff 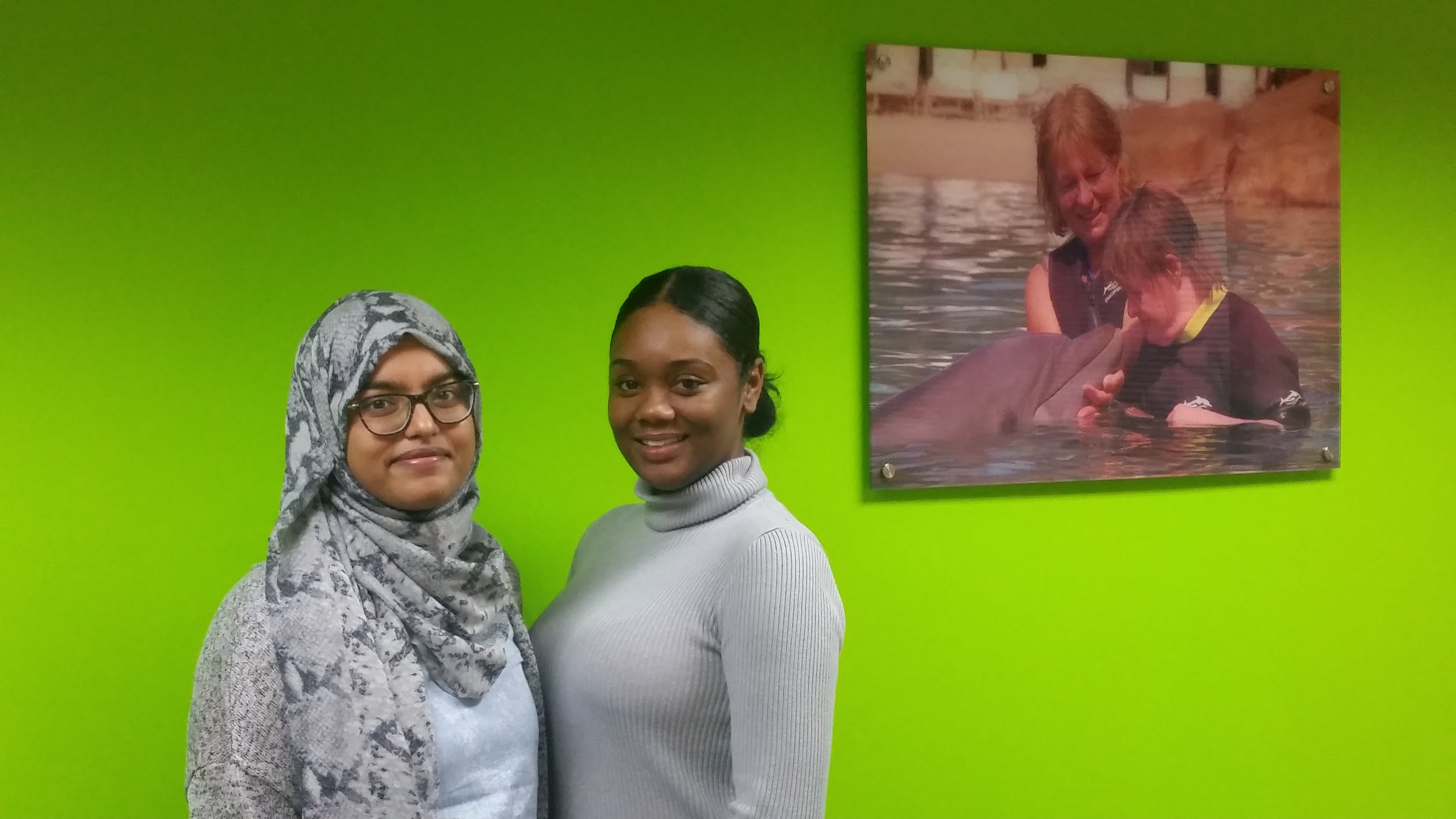 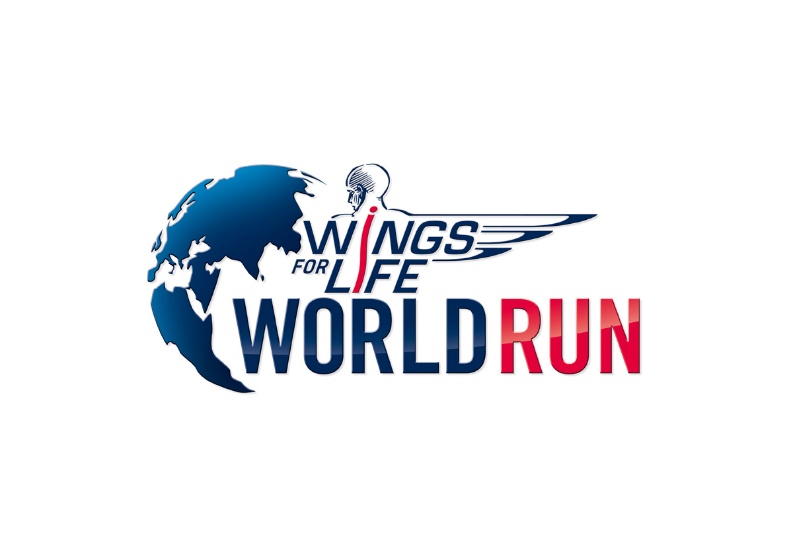