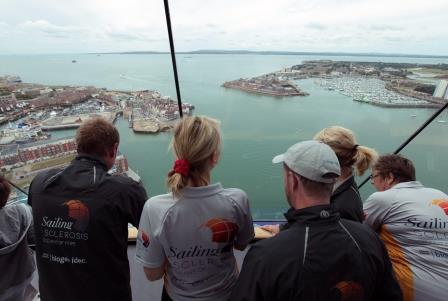 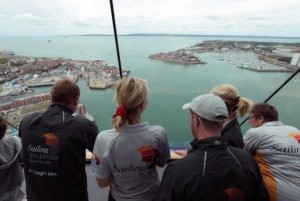 Oceans of Hope, the 20-metre yacht undertaking the first global circumnavigation by a yacht with a working crew of people with multiple sclerosis, has set sail from Portsmouth, UK, following a highly successful four-day stopover in the English port in which she captured the imagination of people with MS.
During the 61,000-kilometre (33,000-nautical mile) voyage, which will take 17 months to complete, the Oceans of Hope project aims to inspire people with MS around the world to find a way to follow their dreams.
It hopes to create networks between the MS and sailing communities by organising sailing taster sessions in selected ports of call and on Friday, with conditions perfect, more than 20 people with MS from across the south of England came to Portsmouth to sail on the Thames barge, Alice, and a wheelchair accessible motor boat, Wet Wheels.
Each of the participants found something special in the experience: one commented that it was the first time since he had been diagnosed that he had been able to talk with others about their experiences of the disease, while a former professional sailor found he still had what it takes when the owner allowed him to helm the Thames barge back to her berth and a third said she felt for the two hours that she was on board that she was on holiday.
Oceans of Hope set sail from Portsmouth for La Rochelle, France, at midday today. Phil Gowers, 46, a dentist from Gosport, Hampshire, has joined the crew for this stage of the voyage, which aims to change perceptions of MS by showing what is possible when people with a chronic disease are empowered to conquer their individual challenges.
Phil, whose wife Laura and two sons were at Gunwharf Quays to wave him off, was diagnosed with MS in 2005. Stepping on board Oceans of Hope as he and his fellow crew members prepared to set sail, he said, “I met the crew when they arrived in Portsmouth on Friday and I already feel part of the family. I have been looking forward to getting on board for months. The level of interest in the Oceans of Hope project has been amazing; it really has captured people’s imaginations and I hope we inspire others to go out and follow their dreams.”
People with MS from all over the world can take part and places are available on board throughout the journey. To find out more and to apply to take part, download the application forms at sailingsclerosis.com.
Oceans of Hope is a project of the Sailing Sclerosis Foundation which was set up by Danish doctor and psychotherapist, Mikkel Anthonisen. The voyage began in Copenhagen, Denmark, on 15 June 2014 and will continue across the globe with further stops in Europe, the United States, South America, Australia and Africa, ending the circumnavigation back in Copenhagen in the autumn of 2015.
Biogen Idec is the Official Partner of Oceans of Hope. Through cutting-edge science and medicine Biogen Idec discovers, develops and delivers to patients worldwide innovative therapies for the treatment of MS. Founded in 1978, Biogen Idec is the world’s oldest independent biotechnology company.
Oceans of Hope is due to arrive in the Bassin des Chalutiers in La Rochelle, France, on the afternoon of Thursday 10 July.

The Disabled Chef: Cooking hasn’t cured me, but it’s helped me live with MS 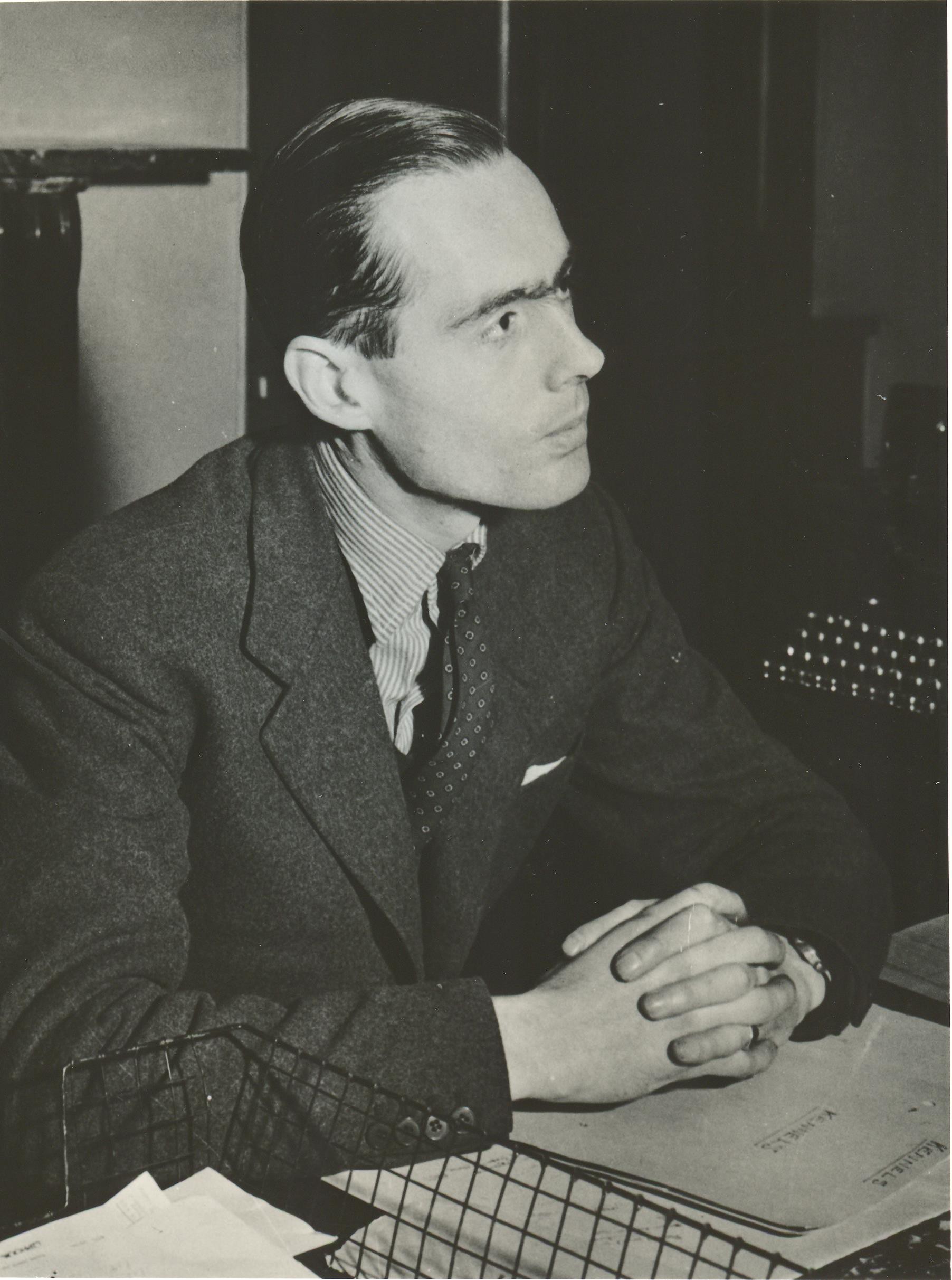