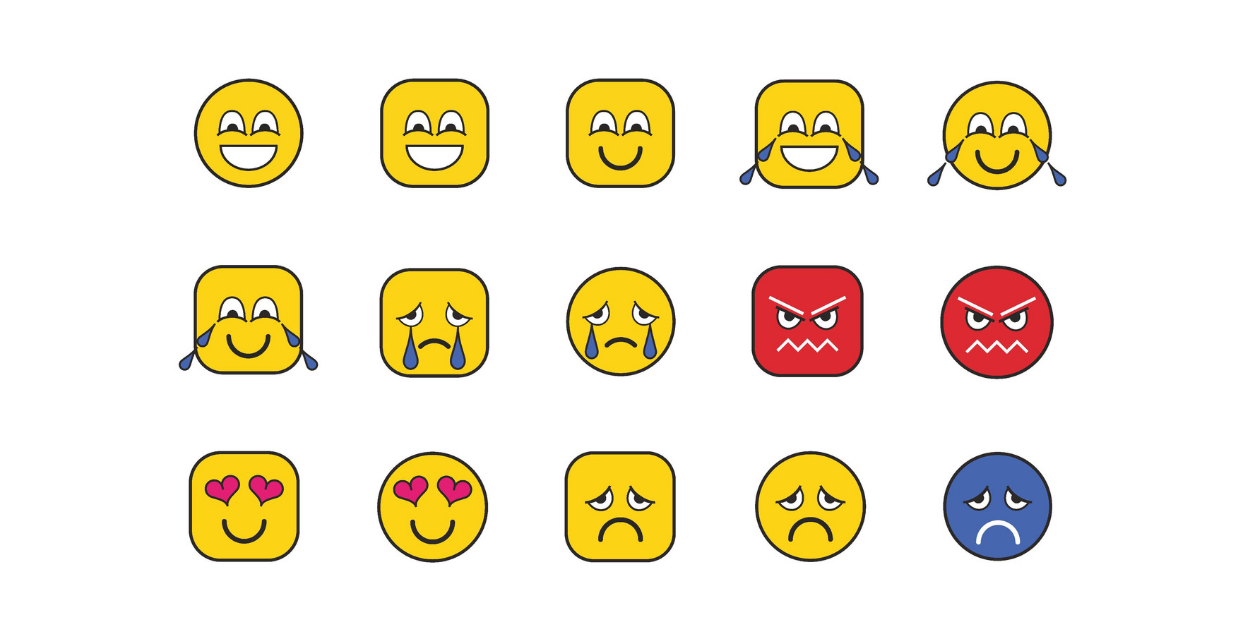 👏 WE 👏 LOVE 👏 EMOJIS 👏. Who doesn’t? Unfortunately, many of the two million people in the UK who live with sight loss struggle to select emojis on their keyboard due to the complex level of detail in the modern picture language. The RNIB have a solution.

To combat this, the Royal National Institute of Blind People (RNIB) have teamed up with creative agency We Are Social to make this universal language more accessible to blind and partially sighted people.

Their project kicked off with a workshop to examine the ten most used emojis of 2018 to identify the issues blind and partially sighted people experience when picking the emoji to suit their needs. RNIB and We Are Social found that many people who live with sight loss struggled to differentiate between emojis due to the level of detail, had difficulty reading three or more emojis in a row, and found it difficult to select emojis – even with a text reader – due to them being grouped close together but uncategorised.

Taking all of this into account, the team developed ten brand new designs of those most commonly used emojis. The designs, which are currently undergoing focus testing, focus on aspects like more prominent eye shapes and distinctive outlines. This allowed the project to create a style guide for future emoji redesigns, which gives detail on colour, contrast and shading, as well as a guide to help brands make their emoji use more accessible.

After testing has been completed, the emojis will be made into a sticker pack for users to enjoy.

Martin Wingfield, head of brand at RNIB, said: “Emojis are a universal language that are enjoyed by many but are often designed and used in a way that means that they are not accessible for blind and partially sighted people.

“Emoji users can make them more inclusive and easier to understand for people with sight loss by not using similar emojis together, leaving spaces between them, and placing them at the end and not in the middle of a sentence. Also, placing all information before using an emoji helps to keep blind and partially sighted people in the conversation.”

Alistair Campbell, executive creative director at We Are Social, added: “Emojis have become the world’s favourite language, but for a significant minority they are another way that they’re excluded from everyday life. While it may not seem like a big deal, imagine being the teenager that’s not able to communicate the same way as your peers and how that must feel. It’s easy to overlook that, for many people living in the UK, this ‘inclusive’ language is actually the opposite.”

What the welfare cuts mean for us: ‘The feeling of dread never goes away’