National deafblind charity, Sense, has called for assurance from the Government that plans for a new Early Years funding formula will not be affected by the announcement on the 21 July of the introduction of a new National Funding Formula for schools which is set to be delayed until 2018-19.

The Government was expected to bring forward plans for a national funding formula for early years providers later this year, once the funding arrangements for schools had been agreed.  The new funding settlement for the early years is an essential element of the Government’s plans to roll out 30 hours of free childcare for working parents of 3 and 4 year old children from September 2017.

Sense, a charity which supports and campaigns on behalf of children and adults with sensory impairments, and people with complex needs, is currently calling for better access to specialist early years support and play opportunities for children with multiple needs.

“Although we welcome the Government’s decision to ensure the National Funding Formula is delivered correctly, we’re worried that the news of this delay could mean that plans for early years funding are pushed further back.

“Early education and play are incredibly important for children with complex needs, however all too often disabled children are missing out on the opportunities they need because of insufficient funding.

“The Early Years sector is facing huge uncertainty ahead of the new childcare entitlement roll out and many are worried that the current money available is simply not enough to match the Government’s ambitions or commitments. An underfunded Early Years system will place significant pressure on providers and could result in fewer places for disabled children and further restrictions to opportunities to access early education and play.

“The Government has promised to address these issues and deliver a fairer system as part of its National Funding Formula for Early Years and it is imperative that no time is wasted in delivering this.” 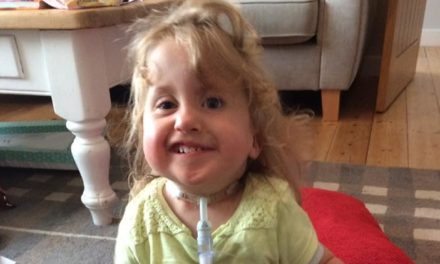