Channel 4 are tonight airing a documentary at 9pm on Louise Wedderburn, the teenager whose arms are locked in place and her spine is frozen due to a rare genetic condition.

Despite her rare genetic condition turning her into a “human mannequin” she is battling to pursue her dream career in fashion.

The 19-year-old was born with Fibrodysplasia ossificans progressiva (FOP), which causes soft tissue to turn into bone.

It could only be a matter of years before she is frozen in an upright position, needing a standing wheelchair to get around.

There have been just 700 confirmed cases of the rare disease worldwide and only 45 in the UK.

With no known cure, the life expectancy of those with FOP is just 41.

But the teenager, from Fraserburgh in Aberdeenshire, insists: “It’s never going to stop me from doing what I want to do.”

She already defied the odds to attend her school prom despite being home-schooled for the majority of her education, and has now taken the first steps in a fashion career.

Louises story has been captured in Channel 4 documentary The Human Mannequin, which airs tonight.

“I wanted to raise awareness of FOP,” she said. “Obviously in our community everybody knows about it because of me, but it’s not as well known as some other conditions.”

Diagnosed at the age of three, it was when she hit puberty that the condition took hold.

But the 19-year-old’s illness has not affected her passion for fashion – she buys all the newest products and spends hours practising techniques and styles, as well as filling her wardrobe with the latest fashions.

“My mum and granny were always well dressed. My mum used to dress us up in the biggest, frilliest dresses ever, and having older sisters I was always into clothes,” she said.

“I just love all of that. I would love to either be a stylist or a make-up artist or work for someone like Elle.”

And she got her dream come true, securing work experience placements at London Fashion Week and Elle magazine, both recorded in the documentary.

The experiences were came with their own challenges – she has to be accompanied at all times because of her limited mobility and also has to be careful in crowded places, as any bump could cause her body to lay down more excess bone, locking another joint.

But she refused to be put off, saying: “If I start to think about things I would never leave the house.”

Sister Samantha, 21, accompanied her to fashion week where she joined designer Nadine Merabi, helping at hair and make-up trials then checking models’ hair, make-up and clothes before they hit the catwalk.

At her placement at Elle, her mum Ciona, 44, also had to be on hand to help with practicalities like sitting comfortably at her desk.

Louise admitted the latter was easier for her because of the chaotic nature of being backstage at fashion week.

And she said she had been met with a positive reaction from everyone – which is not always the case. “People have all sorts of different reactions,” she said.

“For some people it can take a lot for them to understand. You have to sit and explain it.

She often sticks to the mantra: “if it doesn’t bother me it shouldn’t bother you”, and is adamant that FOP will not stand in her way.

Louise now plans to pursue her career however she can from home, including a fashion blog and her own styling and make-up business.

There are also hoped for a cure for FOP after research scientists recently managed to stop it progressing in mice.

“The last time I heard, any cure could be about three to five years off,” Louise added.

“Of course I’m hopeful but I don’t get all excited and think it’s going to happen, because they could say three to five years but it could be longer.”

But she refuses to fear the future – either the possibility of not living past her 40s, or being locked into one position.

“It doesn’t actually scare me because I don’t think about it. If it happens, it happens, and if they find a cure then that will be amazing.”

The Human Mannequin is on Channel 4 tonight at 9pm. 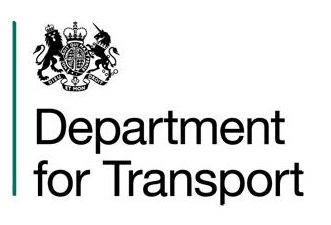 Benefits cap of £500 a week rolls out across Britain