The Last Leg star Alex Brooker: I was so nervous before interviewing David Cameron The Last Leg was a huge success during the Paralympics (Picture: Channel 4)

What’s the new series about?

It’s the stories people might have seen during the week and me, Adam Hills and Josh Widdicombe give our take on them. We also follow my journey to compete in the Rio Paralympics.

What will you be trying to do at Rio?

I don’t know yet. I went to an open day to try out the sports and we’re trying to find something I’m good at.

What’s the least popular Paralympic sport you might stand the best chance of qualifying for?

I don’t know. I was crap at wheelchair fencing, I was crap at powerlifting, I wasn’t very good at most of them to be honest – even the rubbish ones. I want to try wheelchair rugby, I could be quite good at that. It’s a really high standard. I thought I might walk into something but that wasn’t the case. I did rifle shooting before and was on the development squad but had to give up due to work commitments. I don’t think I’d be very good at it, though, as you have to sit and be quiet for an hour and a half.

Is it weird coming back with the show now that it doesn’t have the Paralympic Games link?

Not really. Me and Adam both have prosthetic legs, so you’ll have that aspect to it. It’s not all about disability, though.

The Paralympics were a big deal for Channel 4 but did it have a wider impact?

Definitely. It had hours and hours of coverage. The average person would probably have never seen a bloke with no arms swim before. It was an eye-opener for what the disabled can do. People got more familiar with disability, and the way we spoke about it on our show hadn’t been done before. Disabled people tweeted me to say they liked us treating it in a light-hearted way.

Everyone seems to have forgotten about the Olympics – is it the same with the Paralympics?

The challenge is once the Olympics is over, that’s it, done for four years – but you don’t want people forgetting about what they saw in the summer. There were more than 1,000 people at the disability sport open day in December, which shows the impact is still felt. I’m 28 and have been disabled all my life but now is the time I’ve felt most comfortable talking about it – that’s as a result of the Paralympics and The Last Leg. I got to tell anecdotes about my disability; people probably hadn’t heard someone talk about not being able to find their prosthetic leg after a one-night stand before.

The Is It OK? feature on the show was controversial. Will it be in the new series?

That’s coming back. We had things like: ‘Is it OK to chop my hand off so I can compete in the Paralympics in Rio?’ It isn’t really. If you chop your hand off it doesn’t mean you’ll be good at a sport. And: ‘Is it OK to ask how a swimmer with no arms gets out of the pool?’ I was intrigued by that myself. We had a clip of it – the guy shimmied himself up and had enough upper body strength to stand up. That changed perceptions. I’d have thought, unless he had help, he’d be left there bobbing about. That educates people. We had: ‘Is it OK to hit someone in the wheelchair if he’s a knob?’

What was the verdict?

If it’s a mate and it’s friendly banter, it’s OK to give him a hit if he’s being a knob. We don’t condone violence. You can’t just go up to a random bloke in a wheelchair in the street and hit him if you think he’s being a knob.

I have a prosthetic leg – my foot was amputated when I was 13 months old as I was born without a fibula. I’ve also got hand and arm ‘deformities’ but I prefer to call them ‘issues’.

Are you enjoying your new showbiz career?

Yes. I was a football journalist for six years before going to Channel 4. I thought I’d be out on my ear after the Paralympics and have to find another print journalism job but it turns out I’m still doing TV stuff. Channel 4 invested in our training. It took on disabled presenters for the Paralympics and has continued supporting us. We’ve got projects we’re talking about and I’m looking forward to doing more. I’m always laughing on The Last Leg – it’s a lot of fun. I went into the Paralympics as a disabled presenter and I’ve come out as a presenter who just happens to have disabilities. I want to continue doing stuff where I can be myself. I’ve also thought about doing stand-up – I can learn quite a bit from Adam and Josh.

You had to interview David Cameron on live TV in front of 11million viewers. What was that like?

I was the most nervous I’ve ever been – my first national live TV interview and I’m talking to the prime minster. If I’d have let the nerves get the better of me it would have gone t**s up and I wouldn’t be talking to you now. I was so nervous I was sick in the toilets before doing it. Then I interviewed Boris Johnson. David Cameron was all right but I’m a big fan of Boris – he’s a really fun interviewee.

The Last Leg starts on Channel 4 tonight at 9.30pm. 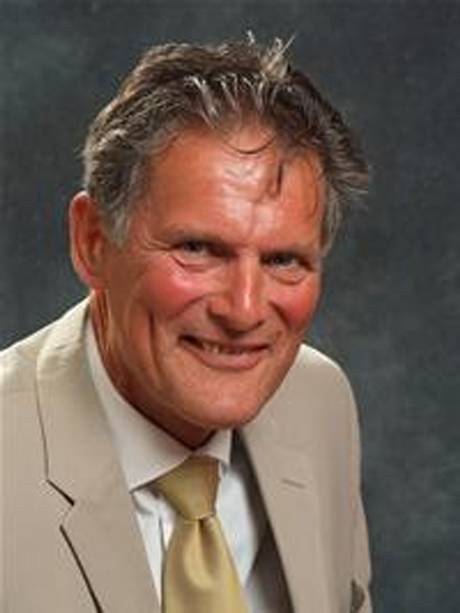 Don’t forget the word ‘disability’, but don’t pity it either