Strolling across a moonlit beach on my favourite Maldivian island, I finally accepted that I really must be ill.

For the previous year or so, I’d felt quite tired – walking the dog across the hills of Devon and Somerset was not the pleasure it once was, but I’d put this down to being over 60. Now, suddenly, sweat was pouring out of me and my legs were like rubber. I knew I had to get back to my room at once. I only just made it without passing out.

On returning home to the UK in March 2011, I developed a headache – a flat, dull thud right across the front of my head and forehead. It stayed there 24/7. The usual over-the- counter painkillers, Nurofen and paracetamol, did nothing to shift it.

They weren’t going to. I didn’t know it, but I was suffering from temporal arteritis, also known as giant cell arteritis, a condition that leads to swelling and inflammation of the arteries in the brain.

If left untreated, it can cause sudden, irreversible blindness due to interruption to the blood flow to the optic nerve. And I had textbook symptoms – the tiredness, sweating and headaches are typical, as is aching around the jaw. Some people also have prominent blood vessels in their temples and disturbances to their vision.

After having my headache for a week, I saw my GP, a thoughtful and knowledgeable man but – like most practitioners – with only limited experience of temporal arteritis. He initially wondered if it was a neck or muscular problem. I muddled along for another five weeks, then I was referred to a London neurologist.

Blood tests showed the levels of inflammation in my body were sky-high, which strongly pointed to temporal arteritis. Sometimes diagnosis is confirmed with a biopsy of tissue from the artery at the temple, but this is not 100 per cent accurate and can delay the start of treatment – dangerous with a patient’s sight at risk.

Twenty per cent of temporal arteritis sufferers are left partially or completely blind. However, prompt treatment with steroids to reduce inflammation in the arteries should prevent this.

My neurologist had no doubt that I had the condition, and chose not to delay treatment by conducting a biopsy.

Why had I got it? The condition affects mostly the over-60s – and more women than men. Every year, two people in 10,000 develop it. No one knows the cause for sure, but it may lie with a fault in the immune system.

My blood tests showed I’d previously contracted borderline Legionnaires’ disease – a serious lung infection – as well as a form of pneumonia. I hadn’t been aware of either at the time, but they had probably damaged my immune system. I was immediately prescribed massive doses of steroids: 100mg a day. Within three hours of taking the first pill, the headache went.

I’d throw the whole thing off within weeks, I thought. But that was not to be.

Regular blood tests produced frighteningly variable results. Even a small reduction in steroids caused a  dramatic deterioration in my inflammation levels. I also piled on weight – 1½ st within three months of starting the steroids – and developed the infamous steroid ‘moon’ face, puffy and red.

My physical energy continued to plummet. I was impatient and saw a succession of doctors – another GP and two rheumatologists – in addition to my neurologist. None could offer a miracle cure. The only hope was a long-term course of steroids.

I was switched to  prednisolone, a less potent steroid. My weight steadied and my face slowly went back to normal.

Nevertheless, all steroids come with side-effects, and I seemed to get most of them. I lost almost all my body hair and about a third of the hair on my head. Fortunately, that has grown back – but curly, which I hate.

Sometimes it was hard to tell what was making me feel ill, the condition or the treatment.

Arteritis is linked to the rheumatic condition polymyalgia rheumatica, which causes extreme muscular pain. I had no noticeable aches and pains before diagnosis, but I later developed muscular pain, mainly in my arms and shoulders. I took Nurofen for it.

Both temporal arteritis and steroids can also make you feel depressed. Fortunately, I’m not by nature a depressive person but I became desperately frustrated which, I fear, manifested itself in irritation and short temper, usually directed at my nearest and dearest.

I felt I should have been coping better, and I forced myself to do all the things I usually did, such as long-distance driving, gardening, and walking the dog over the hills. For months I wouldn’t give in.
This might seem a laudable attitude but it totally lacked common sense. The headaches came back intermittently. Almost as bad was the indescribable debilitation – attacks of chronic fatigue accompanied by the horrid head sweats. I began to wonder if I’d ever recover.

Of course, I couldn’t help continuing to worry about my sight, particularly as I suffer from migraines anyway and, although allegedly unrelated, my attacks became far more frequent during the early days of my illness. Migraines always badly affect my vision – big black patches sometimes rendering it impossible to see. Under the circumstances, it was hard not to panic.

But I eventually realised that I must accept my condition and learn to live with it.

Talking for the first time to a fellow sufferer of temporal arteritis – thanks to the excellent support group Polymyalgia Rheumatica and Giant Cell Arteritis UK – helped immensely.

When I tried to explain my debilitation, she understood at once, and revealed that her exhaustion had led  to her spending months in  a wheelchair.

I was determined not to give in to that extent. I did make significant changes to my lifestyle, though. As a former journalist I was programmed to do everything in a hurry and at the last minute.  I’ve had to retrain myself.

I’ve also had to accept that I can’t do everything I want to. My writing – I am a crime novelist – was a godsend. It was all I could do really for the best part of 18 months. I developed a routine revolving around my work, writing each morning, then taking the dog for a gentle walk – avoiding those hills. Every afternoon I went back to bed.

My daily doses of prednisolone were gradually reduced, and my test results remained steady.

I finally came off the little devils at the end of last month. My energy levels are not as they once were, but they are improving.

I’ve learned that temporal arteritis can be dealt with, and you can recover – in time. But early diagnosis is vital. People still go blind because the condition isn’t spotted and properly treated. If you think you may have it, just persist until you’ve had every test possible.

It is unwise to boast that you are cured of temporal arteritis, but I do feel almost totally well again. It’s taken nearly three years.

At one point I was almost 2 st heavier than before I became ill, and I really hated it, although I realised it could have been worse. I know it’s pathetically vain, but I wanted to put a sign around my neck saying: ‘This isn’t my fault.’

I am now on a strict fitness and dietary regimen, and have already lost more than a stone.

I so want to feel fit, to be able to stride swiftly up those moorland hills again, and – arguably most important of all – to squeeze back into my favourite blue jeans.

Hilary Bonner’s latest novel The Cruellest Game is published by Pan  Macmillan and is available  in paperback for £7.99  and on Kindle.

The new breed of ‘vloggers’ here to challenge people 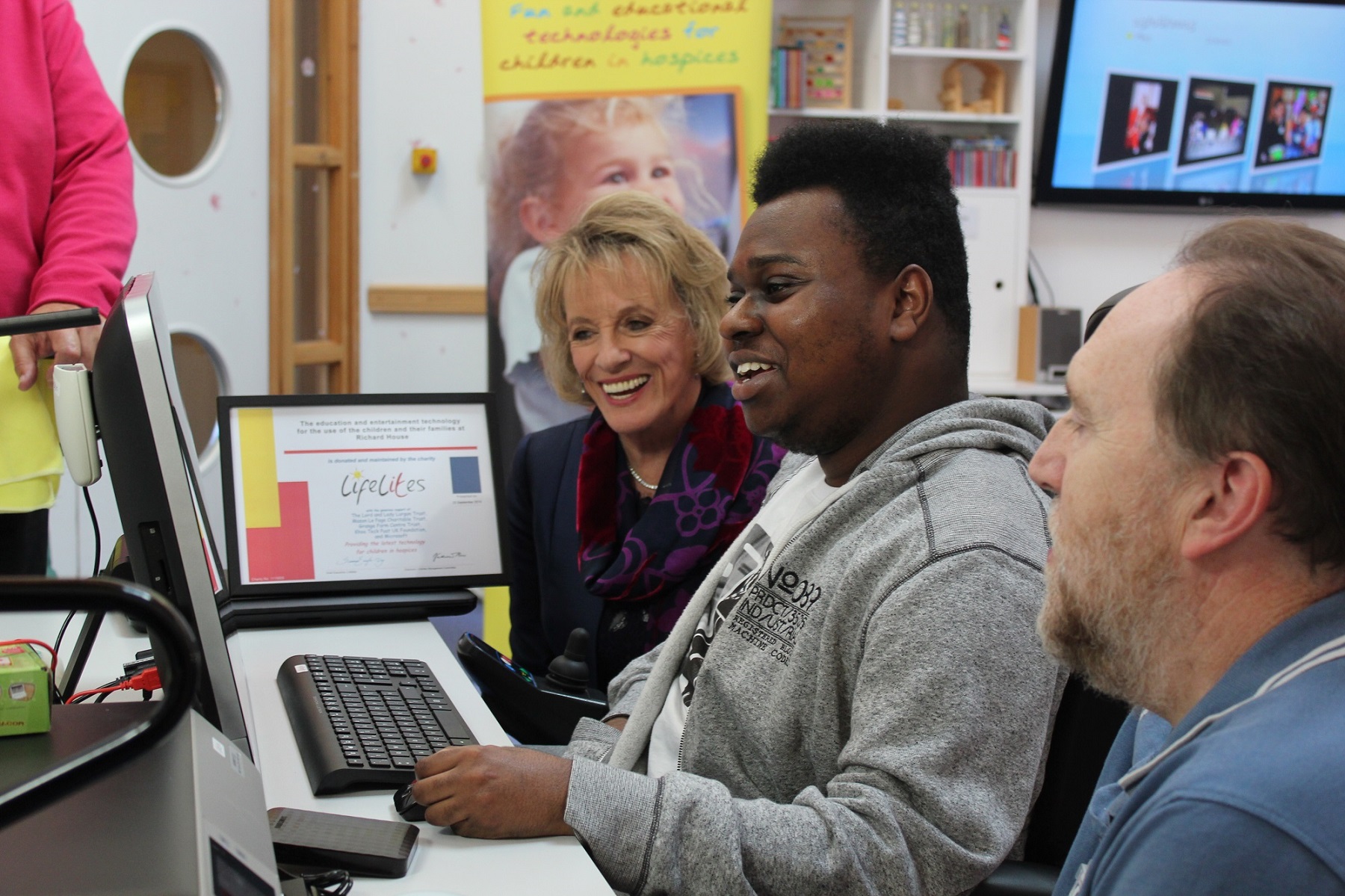