The Ultimate Leg Up – Legs4Africa 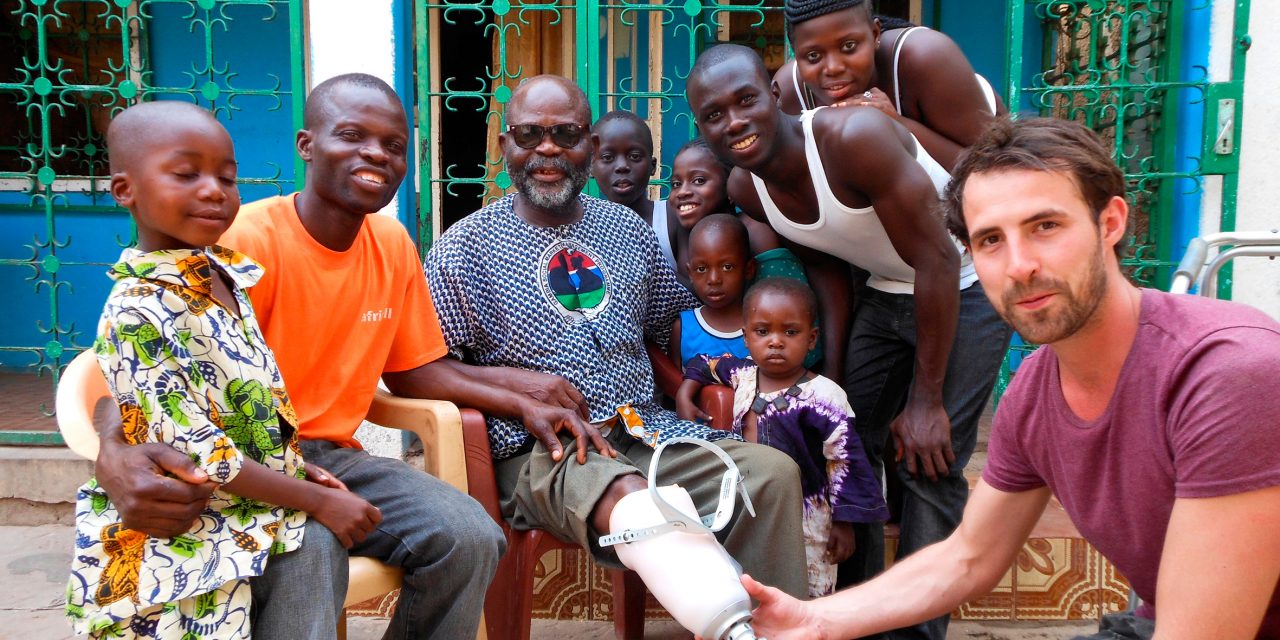 Have you ever thought about what to do with old prosthetic legs that either you and your child have grown out of? They are probably stored safely in the attic gathering dust or are stashed under a bed taking up valuable storage space. Wouldn’t it be great if there was somewhere you could recycle these valuable limbs that offer so much independence to amputees? Well, we have discovered a wonderful charity where you can do just that.

Legs4Africa is a charity that has been set up to collect outgrown and unwanted prosthetic legs from donors in the UK and send them to Africa for amputees who are in need of a prosthetic leg.

One young ambassador, Euan Murray, is leading a campaign to encourage young people to donate their outgrown legs to this incredibly worthy cause. As we all know children grow like weeds and new prosthetic legs are required regularly to keep up with their growth spurts. When Euan and his mum Amy discovered the charity a few years ago they were delighted to get involved to donate Euan’s outgrown prosthetic legs and they are one of the lucky few who have been able to track down where those legs have ended up.

A little girl in Africa called Wudeh is just a few years younger than Euan and she lost her leg when a car ploughed into a restaurant she was in, sadly several of her family members were killed and Wudeh was incredibly lucky to survive. Thanks to one of Euan’s donated prosthetic legs Wudeh is now back at school, back playing with her friends and enjoying life the way a seven-year-old should be able to.

Euan commented: “I feel proud because I was once wearing these and now I’m giving them to people that really need them.” 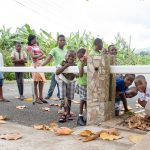 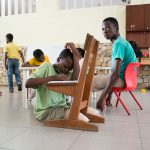 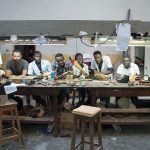 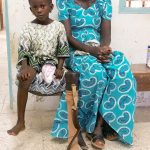 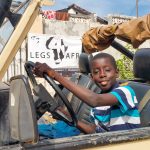 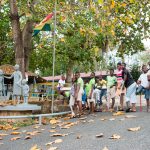 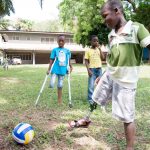 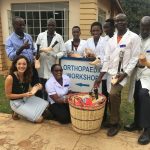 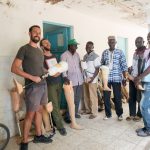 We spoke to Tom Williams, founder of Legs4Africa, to find out more about the amazing work this charity is doing.

“In 2013 I took a trip to The Gambia, it was just a normal holiday for a week just to grab some sun. I didn’t really think much of it but I suppose I got more than I bargained for when I got out there because I met a really nice family who took me under their wing and really showed me what it’s like to be a Gambian.

“Having got quite close to the family during the course of the week, the father of the family was actually an amputee, he had lost one of his legs 12 months earlier to diabetes. I got to know him quite well and I could see that he was relying on everyone else in the family to support him and he had kind of lost hope, there was no chance for him to get a prosthetic leg in The Gambia and I suppose it kind of opened the window for me. This guy was in quite a desperate situation, he had lost quite a lot of his dignity, he had lost his independence. I had quite a lot of sympathy for the guy and when I left I said I would do my best to find him a prosthetic leg.

“He had already managed to get some measurements of his stump from the local hospital where they do have a prosthetic mobility centre but they are very limited in what they can provide because they are simply left with components to build prosthetic legs. I brought the basic notes back to the UK and spoke to some people. Although my background is not in healthcare or prosthetics, I actually got talking to a prosthetist from down in Portsmouth called Carl Ives and he is an amputee himself and when he heard that I was looking to help this guy in Africa he jumped on the opportunity and he built the leg at no cost to myself or anyone, he just did it off his own back. And within a couple of months I was back on a plane, without the family knowing that I was coming, I just remembered my way to their compound hut and just walked up one day holding this prosthetic leg.

“It was very emotional, he cried, I cried, there were quite a lot of tears but there was a lot of excitement as well and we probably had one of the best parties of my life that evening and it’s something that I will never forget.”

This first connection left its mark on Tom and when he journeyed back to the UK, his random act of kindness was picked up by the press and before he knew it amputees from across the country were sending him their unwanted prosthetic legs to take to Africa. He discovered there was no other way for people to recycle their outgrown or unwanted prosthetic legs, and it was clear that individuals were delighted to finally have some way of repurposing them.

“I was inundated with prosthetic legs being sent to me from across the country, just amputees or loved ones had been storing them in the attic or under the bed and then suddenly when there was this opportunity. Within a couple of weeks I had been able to collect about 500 of them – which were all stacked up in my parent’s bedroom and when the legs started touching the ceiling they said to me “what on earth is going on here Tom, we need to do something about these legs!”

So with a little help from his friends, they embarked on creating Legs4Africa and a journey to transform the lives of amputees in Africa who do not have access to prosthetic legs.

They know work with over 20 hospitals in the UK who donate their returned prosthetic legs as well as many individuals throughout the UK who want to give their old prosthetics to a good cause.

Tom explains that the charity has an incredibly simple model which results in it only costing around £12 to send a prosthetic leg to Africa – that’s only a £1 per month to ensure an amputee in Africa can regain their independence. They have volunteers who dismantle the legs to prepare them for shipping as Tom explains: “The fact that we are able to collect a resource that is totally free – there is some labour involved, particularly with dismantling the legs and to achieve that we have enlisted a group of retired men whose group is called the Men’s Club. They are just outside of Bristol and they meet once a week and they do their own community projects and build and fix things, but they also dismantle all the legs that we bring to them as well – that cost of £12 per leg going to Africa is really for the logistics, the legs need to be collected and moved around and then we pop them in a container. It’s nice to know that anyone can donate a relatively small amount and it makes a big difference.”

Each of the volunteers involved in Legs4Africa know how personal prosthetic legs are to an individual and because they have managed to keep the charity small they actually get to know the donors quite well, something they feel is an important part of the donation process.

“Because we have kept things small each of us are able to feel the benefits of what we do. We keep things really quite intimate so we get to know a lot of the donors who get in touch – we don’t want to treat them as a number, we are not just counting legs – these limbs are extremely personal items and in some cases they have come from people who have passed away and their loved ones get in touch with us.”

If you have a cupboard full of outgrown prosthetic legs just gathering dust, why not speak to your little ones and see how they would feel about donating them to Legs4Africa, a cause that will help someone just like them in Africa?

Be sure to keep their first one though as we all have a sentimental side – Euan kept his first prosthetic leg and now uses it as a pencil holder on his desk at home, another great example of re-purposing a prosthetic limb!

To get involved simply visit legs4africa.org to find out more. 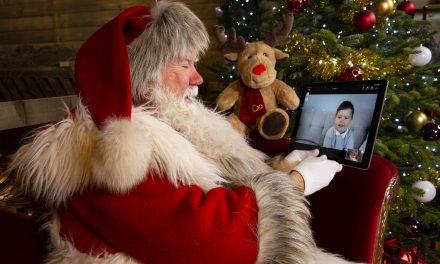 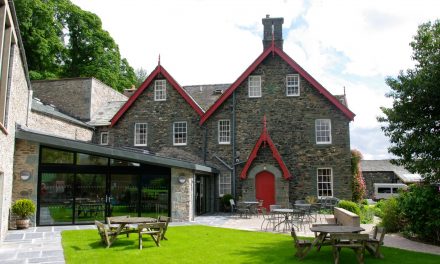 12-year-old on mission to save Calvert Trust Lake District 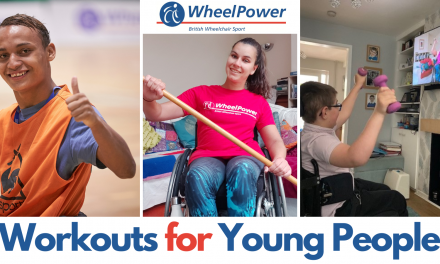 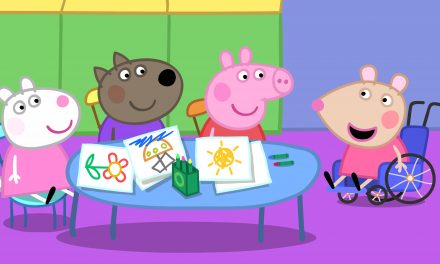