Nobody said, in any of the parties’ manifestos, that they would claw money back from the severely disabled.  In court 28 of the Royal Courts of Justice this morning, a decision was reached about the independent living fund. Worth £320 million a year, it’s currently controlled by the Department for Work and Pensions and intended to ensure that 20,000 people with severe disabilities can live as independently as possible. Following a consultation last year, the government announced that it was going to scrap it. The case was brought by five ILF users on the basis that the consultation was inadequate, and didn’t fulfil its public-sector equality duty.

During the hearing the claimants discovered that the consultation wasn’t the half of it: the DWP was forced to disclose that the main reason for closing down the fund was that the money simply wouldn’t be there after 2015. Since the department had always publicly said that it wasn’t stopping the money but merely moving it to local authorities in the name of efficiency, this information was certainly new, if not unexpected.

No matter, concluded the judge; the consultation didn’t breach the equality duty requirement. The decision to close the fund doesn’t breach it. The minister for disabled people had been made aware of her obligations – and therefore her duty had been met. Who knew that would be what “equality duty” would boil down to? That you could trample on whoever you liked so long as you were aware of which people you were trampling, and how severely?

But getting back to court 28. It’s an inaccessible courtroom, so the people who brought the action couldn’t get into the room to hear the verdict. I know, yet more leftie bleating – when am I going to just face the fact that this country is out of money and we can no longer afford for disabled people to be pandered to with their ceaseless demands for ramps and handrails and other apparatus which, in fact, already exists elsewhere in the Royal Courts of Justice. To stick to my bleating leftie guns for a minute, this is like trying Desmond Tutu in a whites-only courtroom. The message, very clearly, is that disabled people have no right to open justice. Adam Lotun, a 50-year-old wheelchair user outside the courts, had a fractionally kinder interpretation: “I don’t think the judge wanted to see any disabled faces in court – with the verdict he was giving.”

Louise Whitfield, of the solicitors’ firm Deighton Pierce Glynn, said of the verdict: “We would have expected the judge to grapple with the public sector equality duty more, it’s such an important issue. We’re talking about 20,000 people. It’s quite unusual to have a judgment like this. I have not had a judgment before where I have found it difficult to understand the reasoning.”

But politics often finds a way round judicial verdicts, and it’s towards politicians rather than judges that our ire should be directed. Certain points must be underlined. The first is that the closure of this fund runs utterly counter to any promise from any party in any manifesto, under the guise of austerity or anything else. Nobody said “we will claw public money back from the severely disabled”. Even politicians who make it their rhetorical stock-in-trade to portray disability as an elaborate benefit scam would not, indeed could not, be open about withdrawing money from people already wrestling with such disadvantage. So it’s important to keep talking about this: if a measure is so shaming that politicians won’t even broach it, yet it passes through anyway, it would be to all our shame if that went unremarked.

Second, the DWP lied about the purpose of closing the independent living fund. It didn’t admit that the money wouldn’t be there after 2015 until it was legally required to. Whenever this government comes out with an idea that sounds, for British politics, unusually unjust or barbaric or ill-conceived, it usually has its roots in the US (free schools, food stamps, dash for gas, shares for rights, privatisation of health services). What I mind the most is the readiness with which the government will now lie: the prime minister will lie about the national debt; the secretary of state will lie about immigration, the chancellor will lie about benefit claimants, they’ll be rapped over the knuckles by the Office for National Statistics or Office for Budgetary Responsibility, take their punishment and go straight out and lie again. So, in the words of Nicholas Tomalin,talking about politicians in a (real) war: “Never forget that they lie, they lie, they lie.”

Third, this is not about the money. A government that is prepared to spend £1bn on tax breaks for high earners’ nannying costs is not cutting £320m for practical reasons but for ideological ones. They want to shrink government, starting with those most in need. There must be Conservatives who are disgusted by this; they need to start making more noise.

Fourth, and related, this will probably end up costing more – another thing to emerge during the case is this warning: “Users are unlikely to receive the same level of funding after reassessment. This may undermine care packages and may mean that some users, such as those with particularly high care packages, may not be able to live independently in their own homes.” Louise Whitfield said, almost as if accustomed to a certain legal detachment and taken by surprise: “We are very, very worried about our claimants and what will happen to them if they lose their care. But here, you have to focus on the process”. The claimants have announced their decision to appeal. 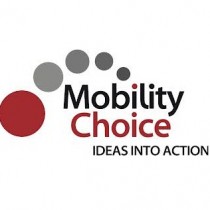 The love that wouldn’t die