Will your arm grow back soon?

A ONE-ARMED man trying to claim disability benefits said staff asked if he thought his limb might grow back.  Gary Swift, whose right limb is missing from below the elbow, says he faced the question while being medically assessed.

He had applied for an employment and support allowance — paid to people who can’t work through disability — and went to the meeting with his carer mum Tracey Perkins.

ATOS Healthcare, who assessed Gary for the Department for Work and Pensions, said last night: “That question would never be asked. Staff carrying out the assessment are trained doctors, nurses and physiotherapists.”

Gary said he was later sent on a job seekers’ gardening course — and handed a spade.

He said: “If it wasn’t so ridiculous it would be laughable.” 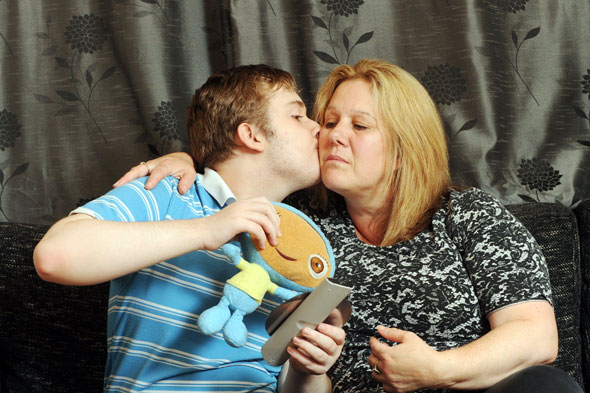