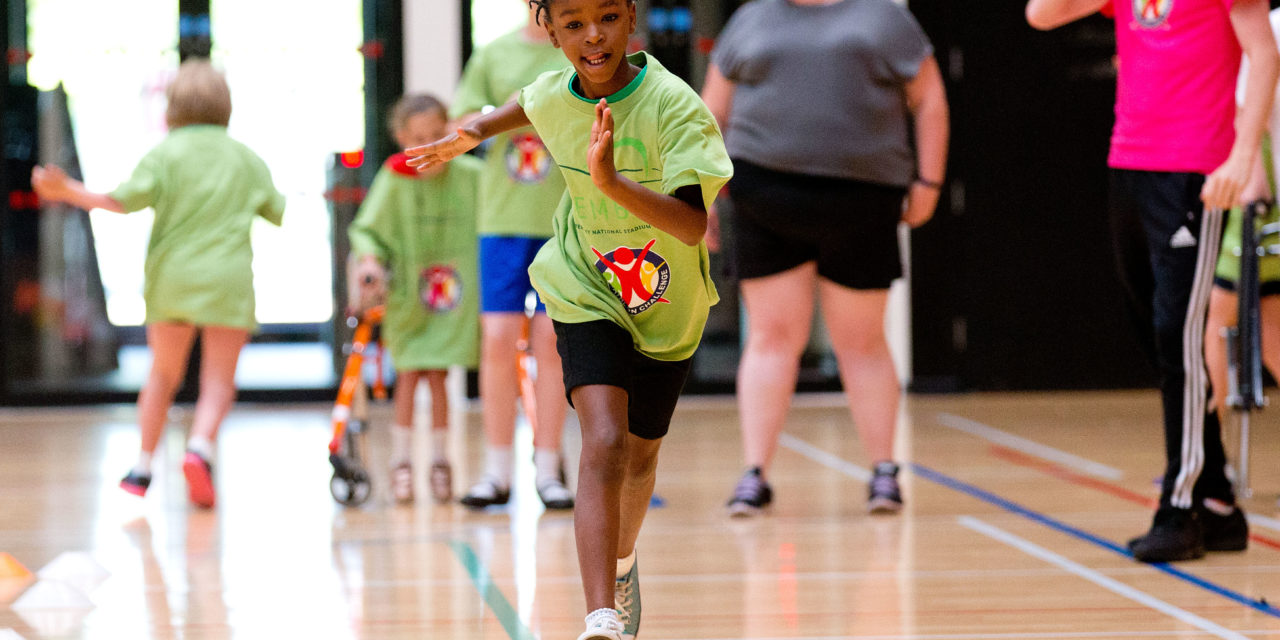 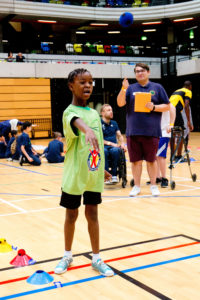 Aminata was brought to live in Bromley by her cousin Evelyn in 2014 after she visited Sierra Leone and found her socially excluded because she had malaria, and living in a state of deprivation. Her mother had left when she was two, unable to cope with her condition, and her father died soon afterwards.

Then aged four, Aminata had never received any schooling and could not communicate verbally. Since her cousin successfully applied for a settlement visa to bring her to the UK, Aminata has been diagnosed with Global Delay Development and Dystonia. She also has an unidentified neurological condition with developmental delay, semi-purposive movements and poor balancing skills. She communicates via an iPad, sign language and gestures.

Aminata now attends Marjorie McClure School in Bromley and, despite her many difficulties, has discovered a love of sport. Through school sport activities and Panathlon’s primary and swimming competitions, she has made incredible progress and her self-confidence has soared. 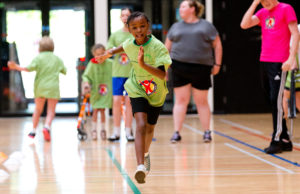 Michael Newby, Aminata’s teacher at Marjorie McClure, said: “Panathlon has helped her progress in many ways. She has been able to be part of a team, and try activities that she’s never experienced before. We put her forward for the award because she is always willing to try new things and she has such passion and enthusiasm. Those are very much Panathlon values.”

Aminata’s adoptive father, Ian Maclean, added: “I am so proud. She has really enjoyed it today. She’s a happy, bubbly girl. She loves Panathlon and really comes alive when she is playing sport.”

Aminata was presented with her award at the Panathlon London and South East Primary Finals at the Copper Box Arena at the Queen Elizabeth Olympic Park on Tuesday 4 July.

Panathlon is a charity that gives over 10,000 young people with disabilities and special needs the opportunity to take part in competitive sport that they are otherwise so often denied. 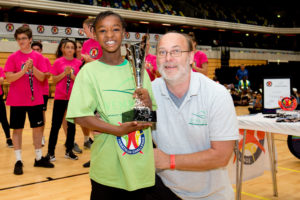 Aminata’s team finished seventh in their London heat at the Copper Box, and Aminata and her team-mates were cheered on by Thomas Clemence. Now 28, he is an ex-Marjorie McClure pupil who himself competed in Panathlon events 15 years ago. He has cerebral palsy but has not let it hinder his progress as a coach. As well as qualifying to FA Level 2 standard, he now trains disabled pupils at his former school for Panathlon competitions.

“Panathlon opened up sport to me in a whole new way and now I am doing my little bit to enable them to get just as much out of it as I did,” he said.

Stewart Goshawk, Chief Executive of the Wembley National Stadium Trust, which has funded our Primary Panathlon programme since its inception four years ago, said: “When we started looking for a charity to support in 2013 what we were looking for were organisations that were doing something special in disability sport and that had the potential to grow. We couldn’t have picked anyone better than Panathlon.”

Helping Stewart with prize-giving was Panathlon Ambassador Jonathon Coggan, who has competed in four Paralympic Games as a member of the GB wheelchair rugby team, and has just returned from Germany having retained the European Championship title by beating Sweden.

“I don’t think these children get the opportunity anywhere else,” he said. “To come to a prestigious venue like this must be such a buzz for them. Holding it here shows how strong primary Panathlon is becoming and kids are coming from so far away because they know how worthwhile it is for them.” 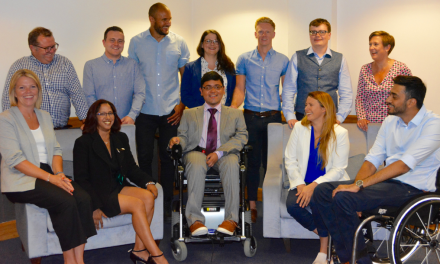 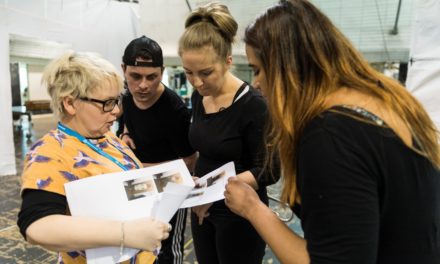 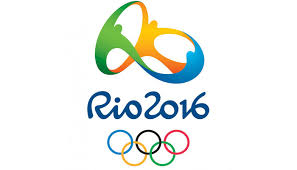