Andrea Begley has won the final of this year’s series of The Voice on BBC One. The partially-sighted 27-year-old from Pomeroy, County Tyrone, has won a “lucrative” recording contract.

She told supporters: “I will try my best to put your vote to good use”. Her mentor, Danny O’Donoghue, described her as “an inspiration”.

Leah McFall had been the bookmakers’ favourite, but failed to win enough votes with her renditions of Loving You and I Will Always Love You.

The final had an average audience of 7.24 million, according to overnight ratings – an increase from last year’s final when 7.1 million people watched Leanne Mitchell win.

Immediately after the result was announced, Begley said she “never, ever, ever could have imagined” winning the contest, adding: “I have to thank everyone at home for voting for me.”

McFall’s mentor Will.i.am took to Twitter to express his shock that she did not win.

He called it “unexplainable” and said he was “so sad” and “perplexed”.

But he quickly followed it with praise for the winner.

“Andrea is amazing…#dontGETmeWRONG…but we know who has the incredible #voice,” he said.

But Begley said she was not upset about his tweets: “I had a good chat with Will afterwards. Every coach is 110% behind their act and Will was definitely very much from the get-go behind Leah, and I’m not surprised that he said that,” she said.

“He wishes me well, but obviously everybody wants their act to win and I can understand that he maybe was disappointed.

“But at the end of the day the audience voted me, so that’s it.”

Success failed to materialise for last year’s winner Leanne Mitchell, whose debut single did not reach the top 40 and her album missed out on the top 100.

But Begley said she is not daunted by the pressure to succeed.

“The only pressure I feel is the pressure I put on myself. Anything I do in life I do my utmost, and I put my heart and soul into it, and I do it to the best of my abilities,” she said.

“I’ll do the same with this. I’ve been given an opportunity. I will do what I can with it and put my best into it, and hopefully my best is good enough. I’m willing to put in the work.”

In the final Begley had chosen to sing My Immortal by Evanescence, before joining O’Donoghue’s band The Script to perform Hall Of Fame, and then singing Angel by Sarah McLachlan in the final round.

O’Donoghue, an Irish singer-songwriter, told the audience how proud he was of his mentee.

“It just proves that a great, great singer with a great song, you can knock down walls, you can smash down anything they put in front of you,” he said.

Turning to Begley, he added: “You’re an inspiration to me. I’ve learned more from you than you have from me.”

Begley started losing her sight at six years old and now only has 10% residual vision.

On Saturday evening, each artist performed two songs live, one of which was a duet with their coach.

The act with the lowest number of votes was Birmingham singer Matt Henry, who was the first to leave the final despite a spirited duet rendition of Never Too Much by Luther Vandross with his mentor Jessie J, and an elaborately choreographed solo performance of David Gray’s Babylon.

The remaining three contenders, Begley, Belfast’s McFall and Mike Ward, from Salford, then performed their favourite song from this series.

McFall won plaudits from the four coaches for her performance of Minnie Riperton’s Lovin’ You, known for its forays into the top end of the vocal register.

Sir Tom Jones declared: “It’s amazing. Her control is fantastic, the whole thing, all the way through it was really, really great.”

Ward said the opportunity to perform with his coach, Sir Tom, was “incredible – he’s one of the reasons I got into country music”.

But his rendition of Don’t Close Your Eyes by Keith Whitely came under fire from McFall’s coach Will.i.am, who said: “I thought there were some parts that were flat.”

In the subsequent round of voting, Begley won more votes than her rivals and took the title.

The premise of the series is to find a pop star based on their singing voice and not on their appearance.

In the initial stage of the contest, performers sing on stage while the coaches have their backs turned.

The coaches only get to see what they look like once they hit a buzzer, indicating they want to work with that singer.

The final evening’s entertainment in the series had kicked off with a lively collaboration between all four coaches on Daft Punk’s Get Lucky, in which each displayed their contrasting vocal styles and Will.i.am wielded a keytar.

There were also cameo performances from Robbie Williams, Dizzee Rascal and Michael Buble. 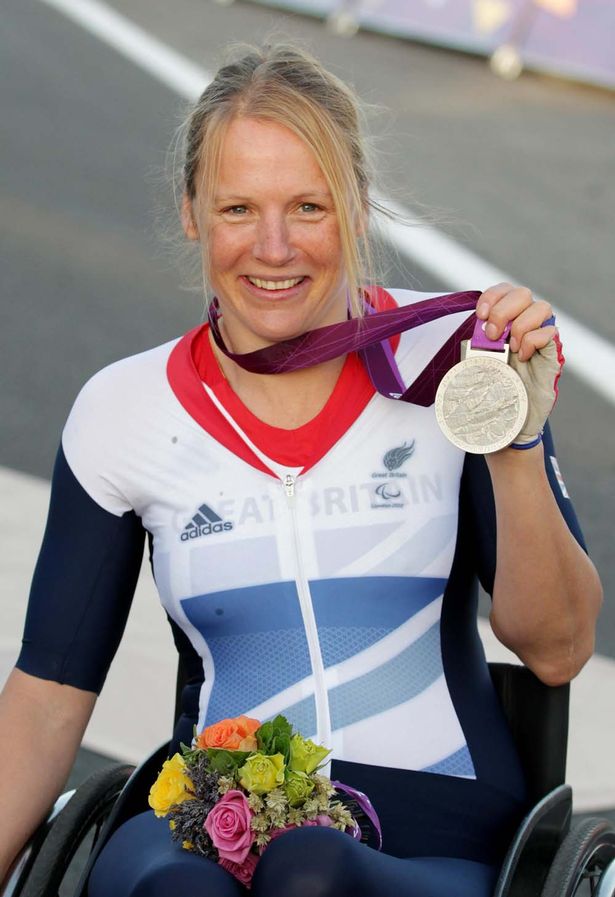 Call for ban on disability abortions after Paralympics