Anyone For Cake? The Effects Of Diabetes In The Elderly 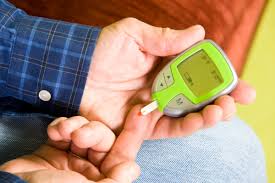 The news has been full of the explosion of obesity in the adult population, with the blame now squarely placed with the high sugar diets that have become common in recent years. One off-shoot from this debate is the concurrent rise in diabetes rates, particularly Type Two diabetes. In fact since 1996 the rate of Type Two diabetes has increased by 100 per cent in the adult population, a truly shocking statistic.

Diabetes poses a number of health risks including increased risk of heart disease and also Alzheimer’s. As these conditions tend to affect the elderly more than the young it’s important that the effects of diabetes in the elderly are understood. Often diabetes in older people can be masked by other conditions so it helps to be able to spot possible indicators.

A constant thirst, frequent urination and eyesight problems are all key indicators of diabetes, but these are also fairly common changes in the elderly in general. The bladder muscles weaken as we age and so older people tend to need to go to the loo more frequently, and likewise deteriorating eyesight is also common in the elderly. Because of this the onset of diabetes can often be missed, and attributed to the effects of ageing.

Studies have shown that compared to the same age group who don’t have the condition, people with diabetes have a greatly increased risk of developing cardiovascular disease and with it a higher rate of heart attacks. Elderly people diagnosed with diabetes need to have regular checks on their heart and blood pressure. This allows their doctor to administer medication to help reduce their risk of strokes or heart attacks.

To help an elderly person manage their diabetes make sure that you encourage them to eat a healthy diet, as the occurrence of Type 2 diabetes is strongly linked to diet. It can be very easy for older people to eat a poor diet as cooking can become more of a chore. It’s also not uncommon for the elderly to skip meals and then eat sugary snacks like biscuits and cake for energy, giving them a surge of blood sugar levels which can aggravate the condition.

Their doctor will be able to provide them with equipment to monitor their blood glucose levels and you should help them with this is they find it difficult. By keeping a careful log of their blood sugar it’s possible to fend off dangerous episodes such as hypoglycaemic attacks. These occur when a person’s blood sugar levels drop dangerously low, and they can lead to dizziness and disorientation which can be very dangerous for the elderly if they lead to falls or other incidents.

Exercise has been shown to help control blood sugar levels, so encouraging regular exercise every day will help them maintain a steady level. Also if they are overweight this will have the added benefit of helping them lose weight.

Given the increasing prevalence of diabetes, and its potentially dangerous complications for the elderly, it’s important that early intervention is sought to help them control the condition and maintain a good quality of life.

This article was brought to you by Hallmark Care Homes. 450,000 disabled people to lose out under universal credit, study finds