Caught on camera, the ‘carer’ who showed nothing but contempt for her elderly charges: Shocking neglect by workers could become next big health scandal, minister warns

The neglect of the elderly in their own homes by care workers could become the next big health scandal, a minister said yesterday.  The warning came after film from secret cameras showed carers treating an incontinent 83-year-old grandmother disrespectfully.

Muriel Price received help in her own home after the death of her husband, Les, who had been her primary carer.

But footage taken from cameras installed by her grandson recorded her distress after carers failed to turn up, or the lack of respect from some who did.

It captures a care worker, who appears to be aware of the camera, ‘mooning’ at the lens as she walks behind the pensioner.

Mrs Price is also seen sobbing as she waits for her carer to arrive after spending more than 13 hours in bed.

She is heard to cry out: ‘Disgusting this is, absolutely disgusting. It’s not good enough. I can’t put up with it much longer.’

A carer is seen sticking her finger in Mrs Price’s food to check it is hot, while another changes an incontinence pad in view of the street.

Mrs Price is diabetic and has special dietary needs, but one carer is filmed admitting she cannot cook, adding: ‘I can’t fry an egg. I am really that rubbish at cooking. Why they send me to people at dinner time, it’s beyond me.’

Mrs Price’s grandson Darryl set up two cameras at her home in Blackpool, Lancashire, to monitor her and provide help if she fell.

Instead, footage taken over nearly a month shows carers turning up late or not at all at least 12 times.

Mr Price said: ‘To see someone in your family treated with no dignity – you feel guilty. You’ve trusted this company to look after them.’

The footage, which was broadcast by BBC News, shows several visits are much shorter than the one hour the carers are contracted for.

Mrs Price, who is now in a care home, said: ‘The way they treat old people is wrong, just wrong.

‘You’d be waiting for your tea and you didn’t get any ’cause they never turned up, they never bothered.

‘And you’d ring them up and they’d say we’ll be sending someone along but they never did. I’m lucky I have a family to look after me.

‘Those that haven’t got a family, God help them, poor devils.’
The story is the latest showing neglect of older people to have been highlighted by the Mail’s Dignity for the Elderly campaign.

Last night, Care Minister Norman Lamb said: ‘It’s just shocking and depressing because this is neglect in your own home.

‘When it’s behind a closed front door individuals are particularly vulnerable. Anything can happen.

‘This is a complete assault on your dignity.’

‘We know this is not an isolated case. There is some very good care, but where poor care exists we should not tolerate it.

‘The next big scandal could occur in this sector.’

The Price family say they repeatedly contacted Mosaic Community Care with their complaints.

But the Preston firm claimed it was not told of their concerns. It said: ‘Mosaic go above and beyond legal requirements when employing carers to ensure all staff are capable of delivering quality care.’

Mosaic said the footage was taken in 2010 and a carer involved had not worked for the firm since. A spokesman said the family hired Mosaic again in 2011 ‘and were therefore clearly happy with the service’. 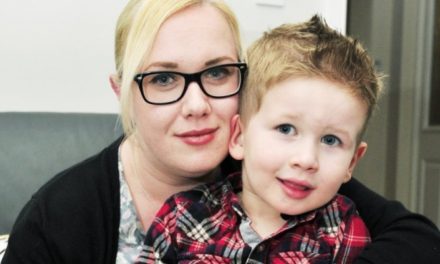