Disability organisations in Wales fear a new benefit being introduced next year will leave some people worse off.  The Disability Living Allowance (DLA) for those of working age is being replaced with the Personal Independence Payment (Pip) in April 2013.

The UK government argues it will be a fairer system that ensures that those most in need get the help they deserve.

Under the change, claimants will face a medical interview and regular benefit reviews.

UK ministers say the new Pip system will help deliver a 20% saving on what the state would have spent on DLA by 2016.

But Paul Warren, director of policy and planning of Diverse Cymru, told the BBC Wales current affairs programme Eye on Wales that he fears many people will suffer.

“The government’s own figures state that 500,000 people will lose entitlement altogether. Others will only qualify for a lower rate,” he said.

“You’ll have families that will be driven even further below the poverty line. People will find themselves a lot worse off than they are and a lot less able to contribute to the economy.”

“Also it will have a major effect on their independence.”

The current DLA system was introduced 20 years ago to recognise the extra costs disabled people face in taking an active part in society.

The DLA is not means tested, and includes a mobility and care component that can be worth between £20 and £130 a week.

But the chancellor George Osborne signalled in his first budget in 2010 that reforms to the DLA were a priority.

Primarily, he said it was because the number of DLA claims had risen by almost 40% in the last decade – from just under 2.4m people to 3.3m.

It means the DLA bill stands at around £13bn a year, making it one of the UK government’s largest items of spending.

The chancellor said changes to the DLA would mean the government could “continue to afford paying this important benefit to those with the greatest needs, while significantly improving incentives to work for others”.

Esther McVeigh, minister for disabled people at the Department of Work and Pensions, said: “It’s designed to achieve a fairer system. Lots of people have said: ‘This needs to be looked at’.

“We will continue spending £13bn a year. But it’s to ensure that the people who need the money the most are getting it.”

Ms McVeigh said the government remained committed to spending £40bn a year on services for the disabled, but cited DLA overpayments of £630m and underpayments of £190m as just one reason for the changes.

She added that the current system meant there were no regular reviews of who was receiving the DLA benefit, and whether they should be.

“What we’re saying is let’s have a look at this, let’s make sure that people are getting the right money and let’s give people the best support they can possibly have, so they don’t fill in a 40-page confusing document, they actually meet with somebody and go through a much fairer system.”

The move to Pip will be completed by 2016, when the government expects 1.7m people to be claiming the new benefit.

Without the reforms, officials estimate that 2.2m people would be claiming working-age DLA by the same time.

Welsh think-tank the Bevan Foundation has been conducting research into the possible impact of wider welfare reforms in Wales.

Director Victoria Winckler said she is not convinced that the savings made through the introduction of Pip will not be felt elsewhere.

“A disabled person who is working at the moment who can no longer go to work because they’ve lost their DLA will then end up claiming benefits and actually costing more,” she said.

“At the moment people who are using their DLA to buy their own services, they could well be looking to their local authorities for help.” Clarkson rides a bicycle for Help for Heroes 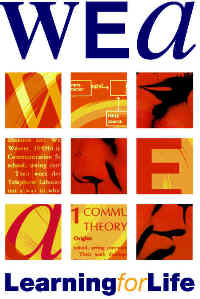 Twin Beaks: a film made by students with learning difficulties aims to inspire others to join a class