A COMPANY director on £89,000 a year used her mum’s disabled badge — so she could park for free.  Michele Ormonde, 57 — who lives in a £1.2million house — displayed it in her car while she went Christmas shopping.

When she returned, she was challenged by a council warden at the rear of Manchester’s House of Fraser store.

She claimed she was waiting for her sick and wheelchair-bound mother.

But after a few minutes, she confessed she had lied and that her mum was at home in Salford, Manchester Magistrates’ Court heard.

Ormonde, of Hendon, North London, said it was not the first time she had used the council-issued blue disabled parking badge.

She did not attend court but wrote to admit misusing the permit. The case was heard in her absence.

Ormonde was caught at 10.15am on December 5 in a backstreet with double yellow lines, behind the upmarket store.

Laura Raine, prosecuting for the City Council, said: “The defendant was returning to a Ford Focus. There was a disabled badge on the dashboard.

“She confirmed she had parked the car, and it was her mother’s badge and her mother was at the front of House of Fraser.”

Ormonde came clean after the warden told her he would wait for her mum to return.

Miss Raine said: “The female said she’d lied and her mother wasn’t with her.

“She said she had parked 45 minutes earlier, and her mother was at home.”

Royal Navy amputee, 45, is turned down for 2,600 jobs in a year ‘because of disability’ 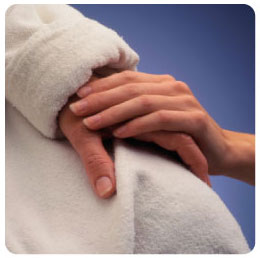