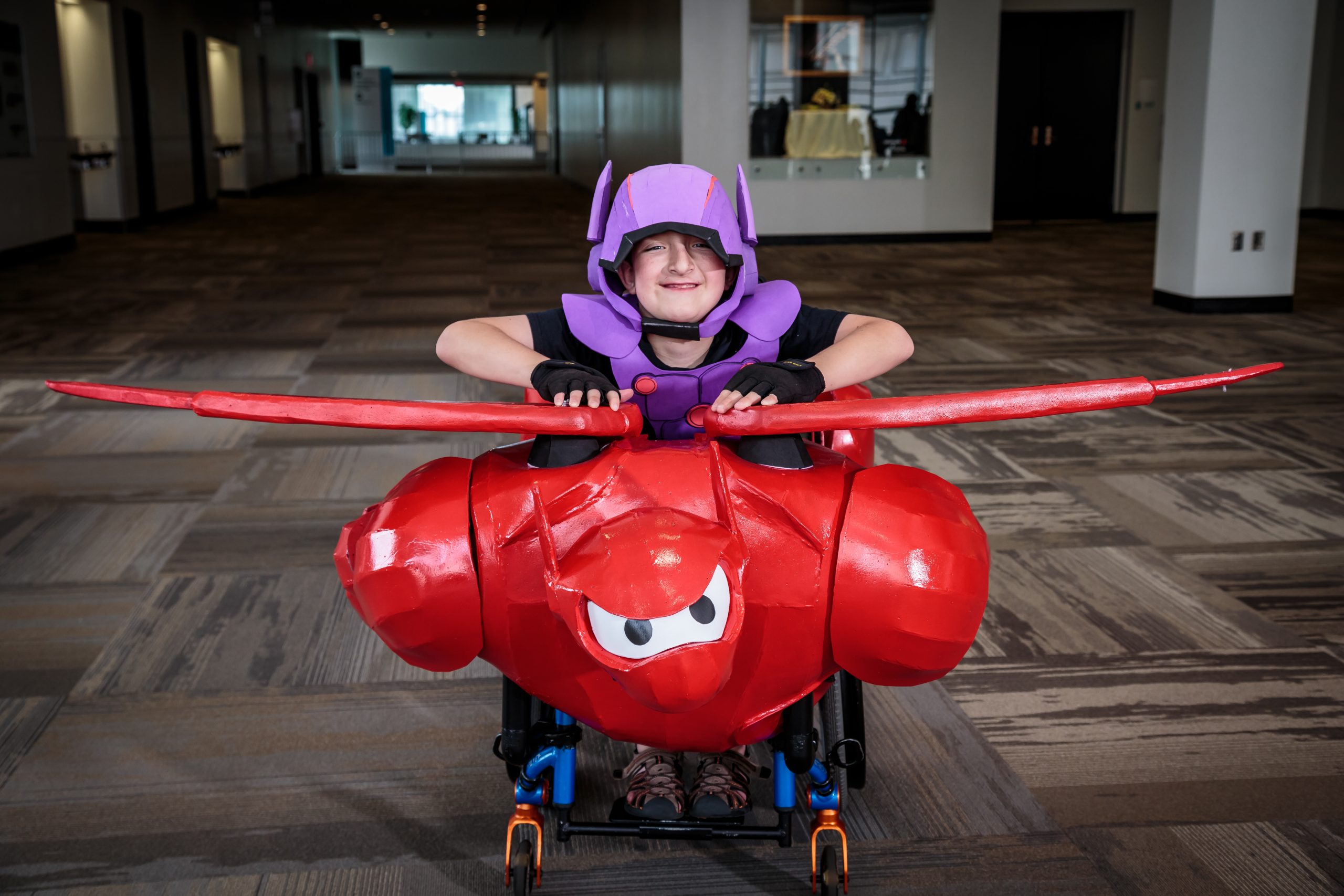 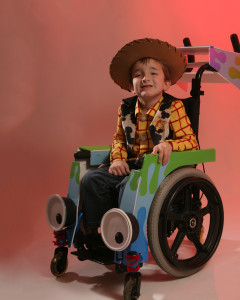 Halloween is fast approaching. While some people don’t indulge in the holiday spirit and turn out the lights and hope and pray that sugar-crazed kids will think they aren’t home, some people are chomping at the bit to show off their creative flair. 31st October is the one day a year that we can all pretend to be someone else and celebrate with kitsch decorations and themed food. For children – and adults – living with disabilities this holiday can either be long-awaited or much-dreaded.  However, there are ways for everyone to enjoy Halloween, you just need to know mind sets, limits and plan, plan, plan!

For potential trick or treaters there is lots to consider. Costumes and dressing up are usually the first port of call for any All Hallows Eve reveller. Being physically disabled doesn’t need to be a setback in choosing an outfit, you can get as big and innovative as you like, but this will need a lot of planning; does the costume interfere with movement, either with crutches or wheelchairs? Will you design and make it yourself? If so, where will get your materials? Will assistance be necessary when in the costume? For your costume to be the best it can be, forward planning will be essential. You will, also, need to be prepared for a variety of trick or treaters. On the occasion that a child with allergies or intolerances to certain foods comes to your door you will need non-food treats to give them. If you are a parent of a special needs child getting ready to trick or treat, maybe for 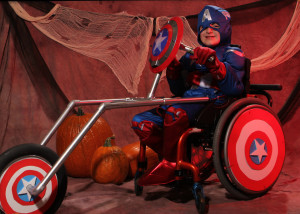 the first time, it is important if your child wants to dress up to get an outfit early, so they can get used to it and see if they like it, well in advance of Halloween night. If your child is anxious about change, try decorating your house gradually throughout the month, adding just one or two things, so it will be less of a shock.

If your child is on the autism spectrum, they may not understand the concept of dressing up and get distressed at people they know not looking like themselves or the amount of strangers out on the street. Routine, being an important factor to them, is key, get a calendar on the lead up to Halloween and have a daily countdown whilst learning facts about it; when it started, why it is still celebrated, etc. Explain why people are wearing costumes and that they are still the same people they know 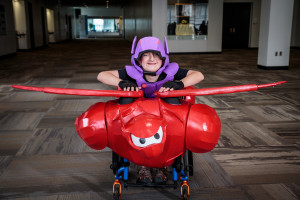 underneath. Allow them to dress up at different times of the year and it will help them understand the idea. Perhaps try a visual story of what happens on Halloween and role play what it will be like when you do go out knocking doors. Remember, if you only make it to three houses, that’s alright! They will take the holiday at their own pace.  Many parents plan ahead and give neighbours appropriate treats to give back to their child when they come around. If your child doesn’t feel up to making the journey around the neighbourhood, but still wants to dress up, tell neighbours and friends to make an appearance at your door while on their routes trick or treating and your child can still show off their costume and be a part of the fun.

Costumes for Halloween offer a great opportunity to embrace your disability and today, especially with 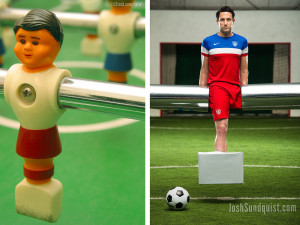 social media, it is your time to shine! American Paralympian, Josh Sundquist knows this all too well. Josh, who lost his left leg to cancer when he was nine, has become an internet sensation with his wildly creative costume ideas. The former ski racer has embraced his disability and designs his outfits with his amputation in mind to give the best possible effect. Now an embellished motivational speaker, Josh wasn’t always a Halloween enthusiast. For religious reasons, Josh and his family never celebrated the occasion, he remembers locking all the doors and he and his family hiding out in the dark, tricking devilishly dressed door knockers into thinking they weren’t home. He didn’t properly dress up until he went to the College of William and Mary, where he got his business degree.

In 2010, he dressed up as the Gingerbread Man from Shrek with the missing leg. 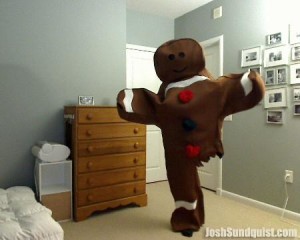 He said: “A lot of people thought it was really funny, but this was before photo sharing was a big thing online, so it was not widely circulated. Mostly people just thought it was funny at Halloween parties I went to in real life.

“People didn’t realize I was an amputee; everyone was like, “DUDE, HOW ARE YOU HIDING YOUR LEG?!””

Then in 2012 he dressed as the lamp from “A Christmas Story”, donning a frilled skirt and a stiletto. However, it wasn’t until 2013 that he gained viral notoriety. Josh, kitted in a pink morph suit and pink crutches, posed as a flamingo, expertly balancing upside down on his crutches, using his leg as the neck and bill as the instantly recognisable bird.

Josh is a member of the US Amputee World Cup football team, this spurred on the inspiration for his costume last year as a Foosball player, complete with the Mono-block and horizontal bar through his midsection.

He hasn’t always been so embracing of his disability but has learned to love himself as he got older. Josh 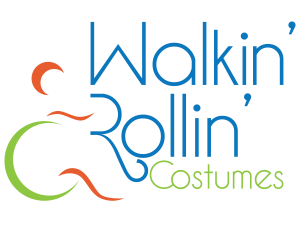 said: “I’ve always dealt with the social discomfort of my disability by having a sense of humour, but I used to be much more self-conscious. In high school, I wore a prosthesis all the time and didn’t want anyone to find out I was missing a leg.

“But now I’m more comfortable with who I am and what I look like, and I guess with these Halloween costumes you could even say that I celebrate what makes me different.”

He keeps is costumes a closely-guarded secret until a few days before the big day, when he releases photos for the amusement of his colossal online following at http://joshsundquist.com/.

There are hundreds of ways to incorporate a disability into a costume for a fun-filled night of partying or trick or treating.  There are many sites where you can snoop for inspiration if you are stuck. One website that is going above and beyond to make sure everyone can enjoy Halloween is www.walkinrollin.org.  Some of their popular outfits that include wheelchairs have been, eg, Disney Pixar’s lovable robot Wall-E, Cinderella in her carriage, Ironman, Peter Pan and even Buzz Lightyear when he is in the claw machine. 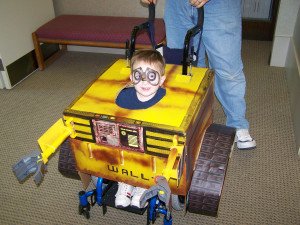 Walkin’ & Rollin’ Costumes is a non-profit organization that turns kids’ walkers and wheelchairs into Halloween costumes Lon & Anita Davis are the parents of two boys, one of whom, Reese, was diagnosed with Neuroblastoma at the age of 2 months old. The tumour was on his spine and ended up crushing his spinal cord, preventing him the full use of his legs and trunk muscles. Together, with the help of now 10-year-old Reese, the family launched Walkin’ & Rollin’ Costumes with this simple goal in mind: “To provide any child with special needs equipment a unique and custom built costume for them, free of charge to the family.”

Lon said: “When Reese received his first wheelchair around the age of 3, he was really into the movie, “Wall-E.” So for Halloween he wanted to be the title character. We knew there wasn’t a way to purchase a costume that would work for him, so we decided to build it from scratch. The end result featured mechanical arms that Reese could control from within the body and large track treads on the side of his wheelchair. The costume blew people away and it even ended up in the Kansas City Star newspaper. 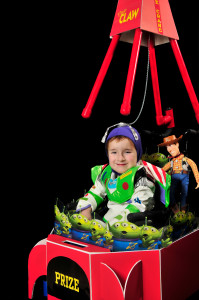 “Fast forward to 2015. We have numerous costumes under our belt, each being more elaborate than the last. We were even featured on the evening news for our Comic Con costume in 2015 when we introduced the debut of Walkin’ & Rollin’ Costumes.”

No one ever wants to feel excluded or an after-thought, especially not children at what is supposed to be an exciting time of year for them. This doesn’t need to be the case at all. With the proper planning, precautions, preening and props, you don’t need to be spooked by Halloween.

No review board into early deaths of patients with learning disabilities 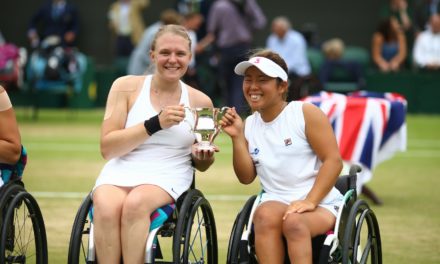