Lorraine Mack, a 38 year-old former glamour girl from Hackney, London, who was left paralysed after an incident in 2004, has regained the use of her arms and independence thanks to a programme of physio, alongside Functional Electrical Stimulation (FES) therapy provided by East Yorkshire-based mobility solutions specialist, Cyclone Technologies.

In March 2004, when she was 30 years old, and had a fledgling career as a glamour model and TV presenter, Lorraine, who is also known as Lolly, was at a nightclub with her friends. She bought a drink at the bar and headed to the dance floor, when a drunken 24 year-old man, who was also on ecstasy, fell from the balcony above and landed directly on top of her.

Lying fully conscious on the floor of the nightclub, Lorraine knew immediately that she was completely paralysed. She said: “After working across the world on shoots and TV programmes, I had a great career in front of me and life was good. I featured on channels such as Sky TV and MTV, along with publications including the Sun, News of the World, FHM and the Daily Star and my dream job was to become a TV presenter. But after no more than twenty minutes in the nightclub, I was suddenly lying on the floor, totally paralysed. I knew that something was terribly wrong when all I could do was blink. My friends were telling me to get up but I couldn’t.”

Determined to regain her independence after ten months of rehabilitation at Stoke Mandeville Hospital, Lorraine returned home and soon bought a standing frame to retain the muscle tone in her legs and increase her fitness levels. Whilst in hospital, Lorraine had also become aware of FES therapy and after researching it online, decided to begin working with founder of Cyclone Technologies, Stuart Dunne, and the Cyclone team, and obtained her own FES bike, which stimulates the lower motor neurons and evokes patterned movement of the arms and legs.

Lorraine continued: “As soon as I heard about FES I was keen to look into it, and after doing my research, I was desperate to have my own system at home. I use the RT300, which allows me to exercise my arms or my legs from my wheelchair, Monday to Friday for around two hours. I do this as part of a four-hour exercise regime with my physio that also includes stretching by using a standing frame, along with using a power plate.

“Immediately after starting to use FES, I could actually see my muscles being built back up again and my body shape improving. It’s also the only therapy out there that gets the pulse and heart-rate going, which is so important for my type of injury. By doing all of this physical therapy, I’ve also regained some use of my arms since my accident, which has dramatically improved my lifestyle and let me regain the ability to do simple things which we all take for granted.

“FES is a huge part of my life, and significantly improves my general health and well-being, keeping me fit and preparing me for when a cure comes along. I’m extremely grateful to Stuart and the team at Cyclone, who have continued to provide me with their on-going support over the past seven years and are always ready to help me with any problems.”

Since returning home, Lorraine has retained her passion for travelling, fashion, music and glamour modelling, and is also a keen supporter of spinal cord injury research. She works hard to raise awareness of spinal cord injury (SCI), and raise funds for SCI charities. She has now set herself the challenge of doing a sponsored sky dive on March 3rd 2013, in support of Spinal Research and the Back-Up Trust.

She said: “I’m very positive that in time a cure will be found, and I’m extremely excited about the results of numerous clinical trials that are happening at the moment. I’m very passionate about raising awareness and funds for spinal injury research, and alongside a group of others around the world, am keen to do whatever I can to speed up the process of finding a reversal to SCI.

“I also strongly believe that when a cure does come along, it won’t just be a simple procedure. I think it will be achieved through a number of different therapies, including FES, followed by a lot of hard work and physio. Events like the sky dive are all part of helping to move this forward, and though I am a bit nervous, I’m so excited too!”

“Lolly is such an inspirational person, who is so dedicated to keeping her body in as good a shape as possible and living life to the full. She enjoyed keeping fit before her injury, and she continues to enjoy a fulfilling and active lifestyle today. She’s significantly increased her range of movement and maintained her muscle tone over the years, and made incredible progress since her injury. We will now be continuing to ensure that Lolly gets the most out of her FES therapy, and advise her on any improvements that can be made. We wish her all the best for the sky dive next year!”

Please visit www.lollymack.com for more information or visit Lolly’s blog at http://curegirls.wordpress.com/fight-for-a-reversal-for-paralysis/. Donations for Lorraine’s sky dive can be made at http://www.justgiving.com/Lolly-Mack.

Cyclone Technologies is the UK’s leading Functional Electrical Stimulation (FES) specialist and is the UK’s exclusive supplier of exoskeleton solution, ReWalk. Cyclone is also a leading manufacturer of bespoke wheelchairs and boasts a purpose-built training facility in Ottringham, East Yorkshire. 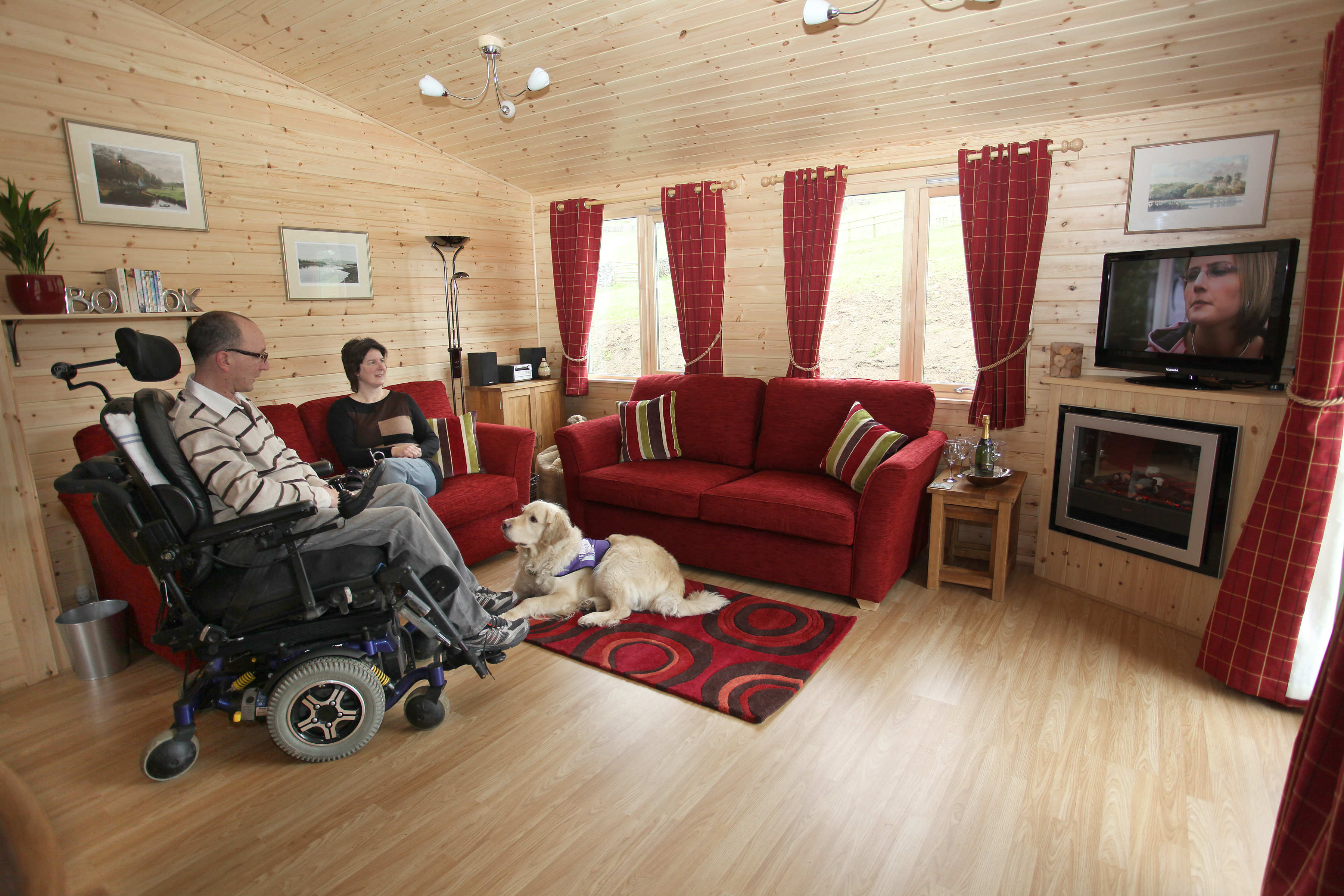