A father and son duo has spent the last year brutally humiliating a 10-year-old Ohio girl with cerebral palsy, her parents have claimed – and they have video to prove it.  Every day after school at the bus stop, William Bailey and his nine-year-old son Joseph slowly hobble from the school bus to their vehicle, limping with bent legs, in front of Hope Holcomb’s classmates.  ‘Stop, please, try to be nice,’ Hope has asked them, weeping.  Her grandmother filmed the pair mocking Hope, showing indisputable evidence of the mockery and cruelty she has been subjected to.  ‘It started last year we had trouble on the bus, she was miserable she didn’t want to ride the bus, cried every morning,’ said Tricia Knight, Hope’s mother, to Fox.

‘He treats her like crap, and most recently the dad got involved.’

The Baileys, who have five children, live next door to the Knights.

They say the bullying has grown more intense and hurtful in the past few months and they had to raise the alarm.

‘It makes me sick too, to think that a grown man would tease a 10-year-old disabled girl that has never done a thing to any of them for no reason, and now she doesn’t want to get on the bus to go to school,’ Mike Knight said to the station.

‘We just want the bullying and the ridiculous behavior from the kids and the adults to stop.’

The family has created red t-shirts that read ‘STOP the bullying’ to band together against the abuse.

Mr Bailey said that the Knights have repeatedly mocked his son, who suffers from seizures and ADHD.

‘I love that little girl. I never even meant that or anything at all toward little Hope. I don’t make fun of anybody with a disability,’ he said to the Canton Rep.

‘I wasn’t making fun of anyone. They just kept calling my little boy (names) and I reacted badly. You have to defend your son, your children …’

Explaining the video, he said that he was retaliating for the Knights calling his son a ‘retard.’ He claims they were present during the taping and were hurling insults at Joseph.

‘They were down at the bus stop yelling “retard” and I told my son, “If they want to call us ‘retard,’ we’ll show them a ‘retard.'” And we walked to the car from the bus like that. I did that with my son,’ he said.

‘He did get out of the car, you’ve seen the video I am sure, my kid was walking like, but no offense to Hope so why they are taking it that way, I have no idea,’ Mrs Bailey said.

She insisted this was not a case of a grown man bullying a defenseless girl, claiming instead that the two families have a long standing rivalry.

Both families have filed complaints with the prosecutors office, Fox reports, but no charges have been filed.

‘We are aware that there are neighbor problems between the families … name-calling, loud music and other violations,’ said Sgt. Terry Curry.

‘We will address any violation of the Ohio law, any incident that may occur.’

Neighbors say they are fed up with the feud between the two clans.

‘Two weeks ago, they were down playing basketball and riding bikes together and now this.’

Mrs Knight and Mrs Baily agreed that the families have been close, perhaps too close for comfort, since the Knights moved in two years ago.

‘Kids don’t always get along. I would be a liar if I told you my kids weren’t brats, too,’ Mrs Knight told the newspaper.

Mrs Bailey claims she was heart-broken over the fighting. 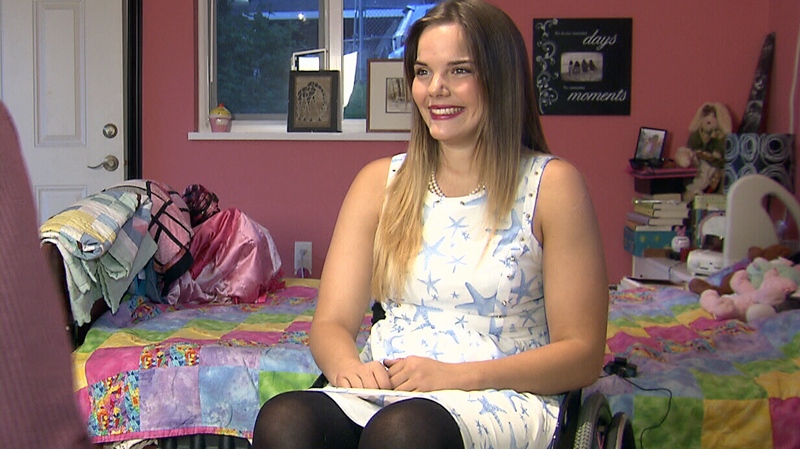