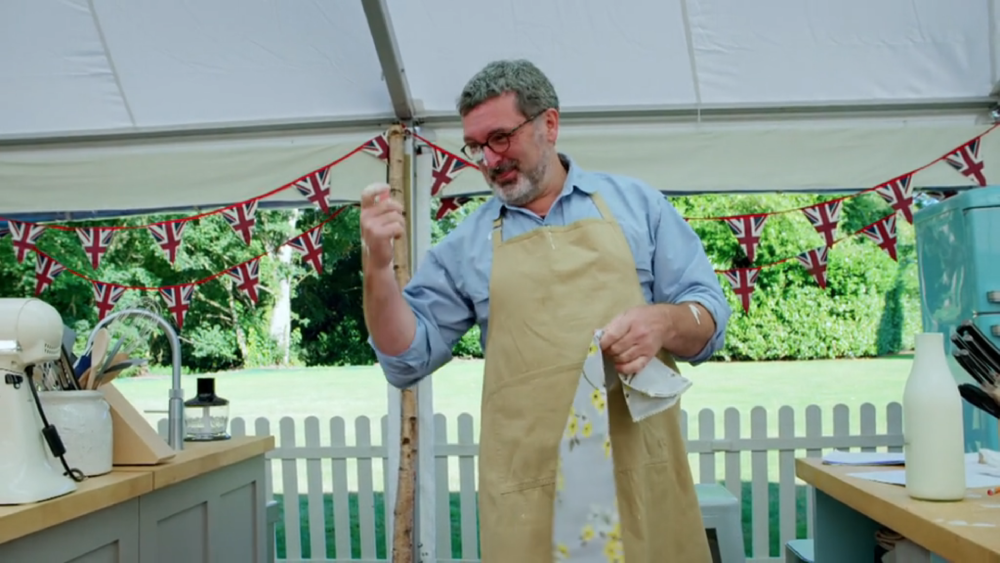 Regular readers of PosAbility Magazine will know that we are massive fans of the Great British Bake Off. There’s something about the show that’s soothing, while simultaneously making your bum clench as a baker slides a beautiful cake out of its tin, only to find two seconds later that it has crumpled into a buttery heap on the countertop.

We were so chuffed to see baker Marc Elliott enter the tent this year: after losing his leg in a motorcycle accident, Marc took up baking as a form of therapy – something we’ve seen others find great success in, like the Wee Baker, and even some of our office staff!

Sadly, last night, the powerful forces at work in the Big White Tent (Prue and Paul) decided it was time for Marc’s baking journey to come to an end after he turned out a somewhat lopsided jelly art cake which didn’t quite pass muster, cheesecakes that Paul said were too big (no such thing), and a technical challenge from Prue that saw the bakers having to produce a 17th-century pudding with an entire lemon inside, with none of the bakers quite achieving the brief, much to no-one’s surprise.

In celebration of Marc’s time on the Great British Bake Off, here’s some of our favourite bits that got him all the way up to the quarter-finals. 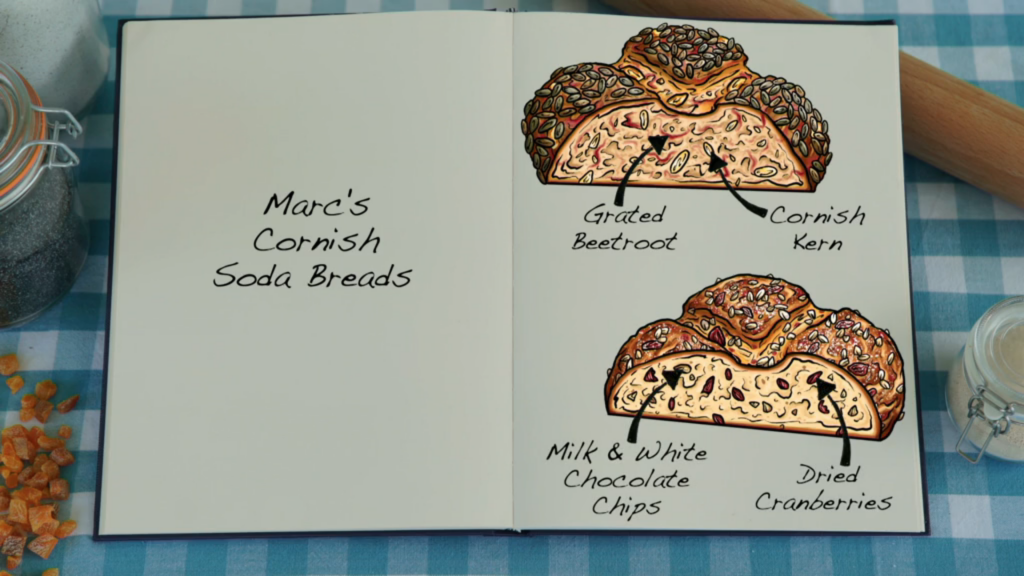 When bread week rolled around (hehe), we knew it would be Marc’s week to shine, and he didn’t disappoint. What was really terrific, however, was seeing him represent his adopted home of Cornwall in the episode’s very first challenge, which called on the bakers to make soda bread. Tasked with making both a sweet and savoury version of the traditional Irish fare, Marc decided it was time to go hard for Cornwall. He packed both loaves full to the brim of Cornish foodstuffs: Cornish kern cheese, Cornish kelp, Cornish cheese, Cornish sea salt, and Cornish cream all made their way into the bakes in some capacity, alongside dried cranberries, chocolate chips and beetroot.

Paul criticised the lack of flavour in Marc’s sweet soda bread, but both he and Prue loved the savoury bread. We’re not Cornish, but we know in our hearts that they were proud of this top effort from their adopted son’s efforts on Great British Bake Off.

When his David Bowie cake haunted our dreams… 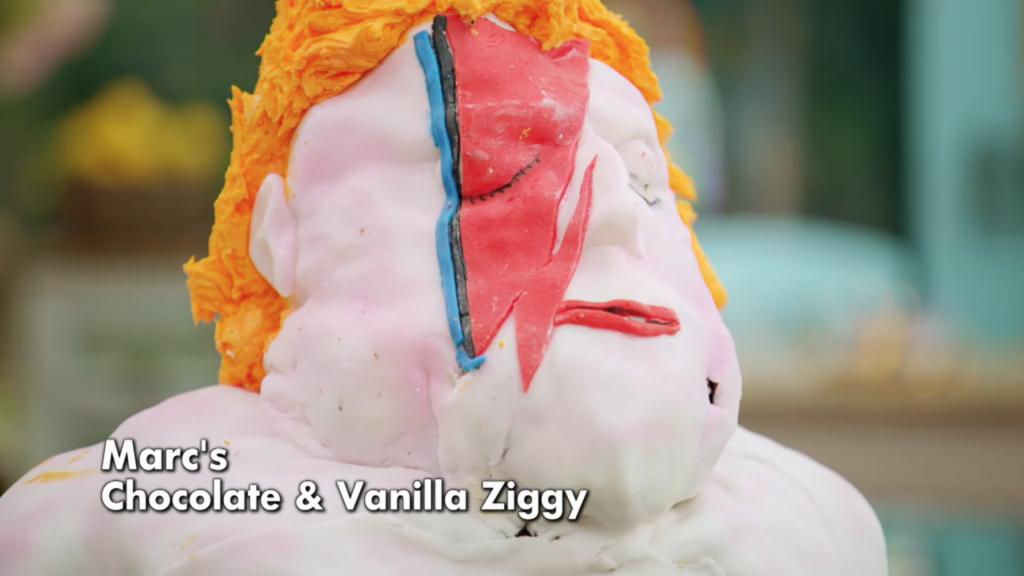 David Bowie was not looking in the best of shapes on week one, where the showstopper challenge saw the bakers model one of their heroes via the medium of cake. Marc’s Ziggy Stardust cake, composed of vanilla and chocolate sponges, lacked a lot of vital features to make it look like the late singer – like a neck – but Paul praised it for its great flavour, in spite of it also being overbaked, and in Marc’s words, looking a bit more like Jabba the Hutt than Ziggy Stardust. 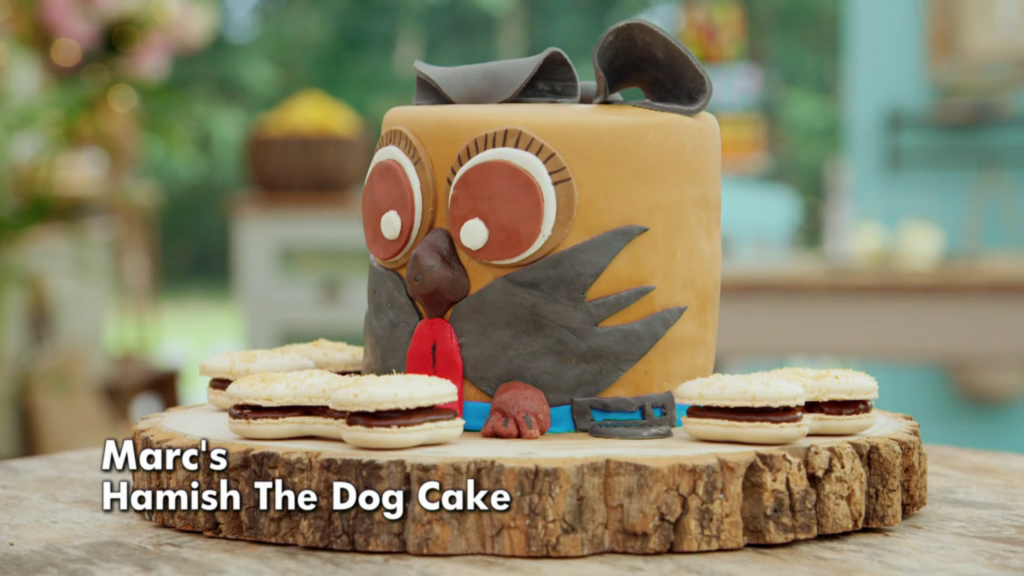 For Japanese Week – a Great British Bake Off first – the showstopper’s theme was to make a “kawaii” cake, which functionally speaking, is just a cute cake, but in Japanese. In a tribute to his cheeky little terrier Hamish, Marc created this absolutely incredible cake, made from layers of honey and tahini, and ginger sponges. Although Japanese Week was, overall, a liiiiiitle bit of a washout (my kingdom for anko and some dango), Marc’s cake looked absolutely incredible and was a fitting tribute to his gorgeous little dog.

And when he was crowned Star Baker on bread week 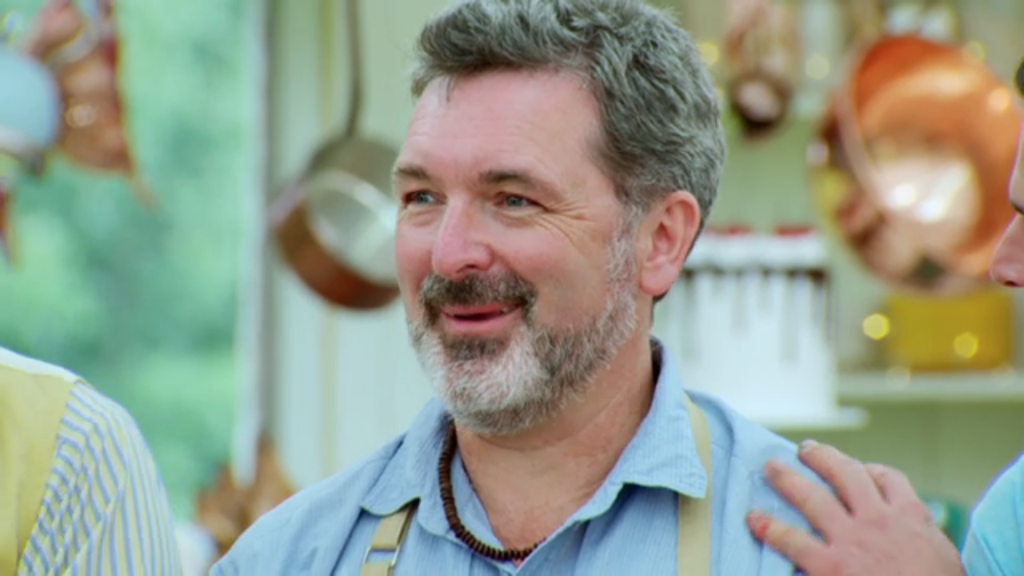 It took only three weeks of solid baking on Great British Bake Off for Marc to be crowned Star Baker. We knew from the jump that bread was Marc’s area of expertise, but the judges were blown away by his beautiful showstopper bread plaque, inspired by the Dharma Wheel, a symbol common to Buddhism. He explained that, while he doesn’t follow Buddhism, he found the religion’s teachings extremely helpful after the accident in which he lost his leg – Marc can be seen throughout the series taking mindful breaths, which is common in some schools of the religion, where it’s known as ānāpānasati. With his soda bread and showstopper impressing Prue and Paul, he was bestowed the title, and we got to see him beaming with pride as he was congratulated by his two daughters, who inspired him to go on the show in the first place.

What was your favourite Marc moment? Did we miss any? Tweet us at @PosAbilityMag to let us know! 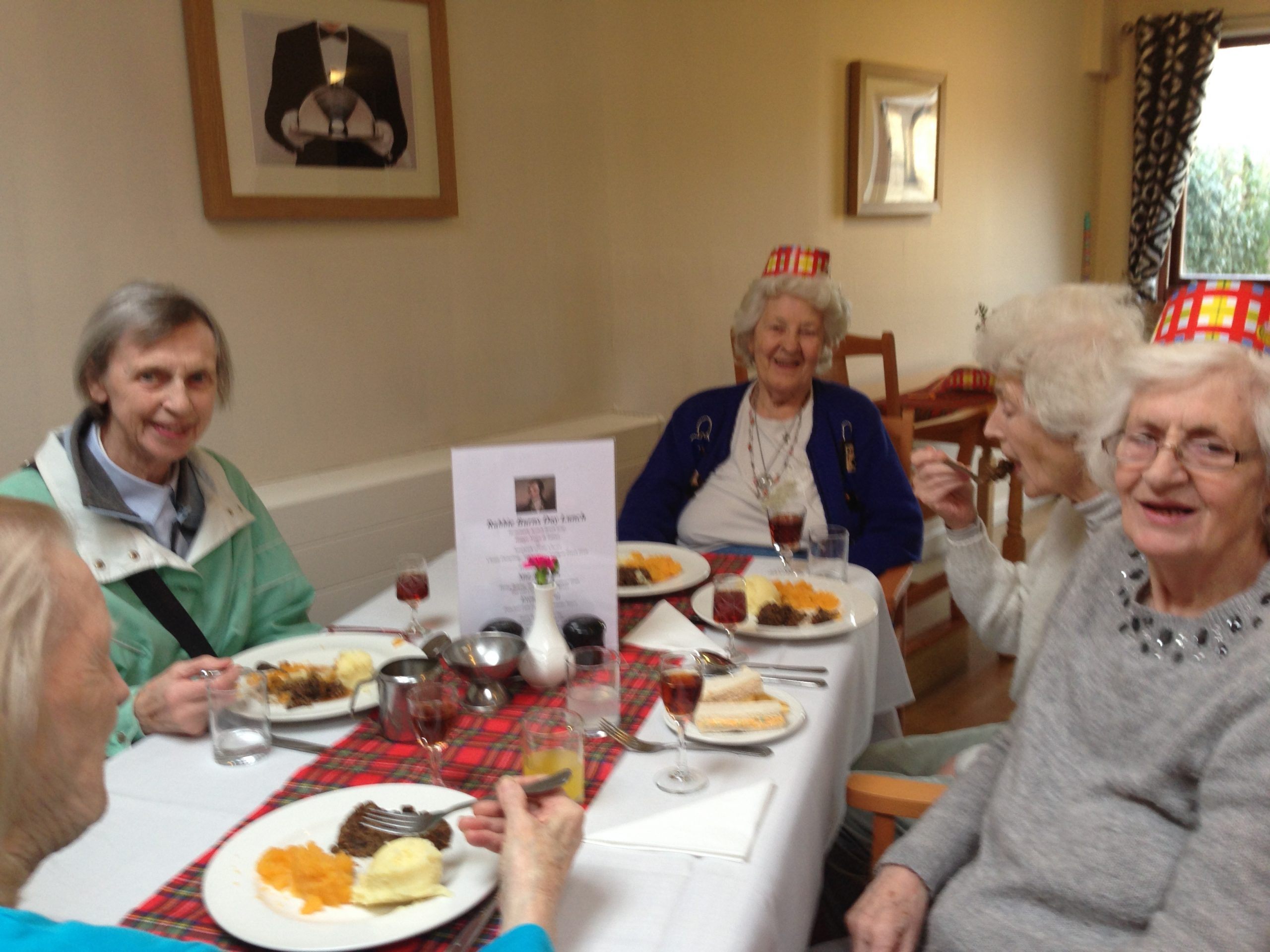 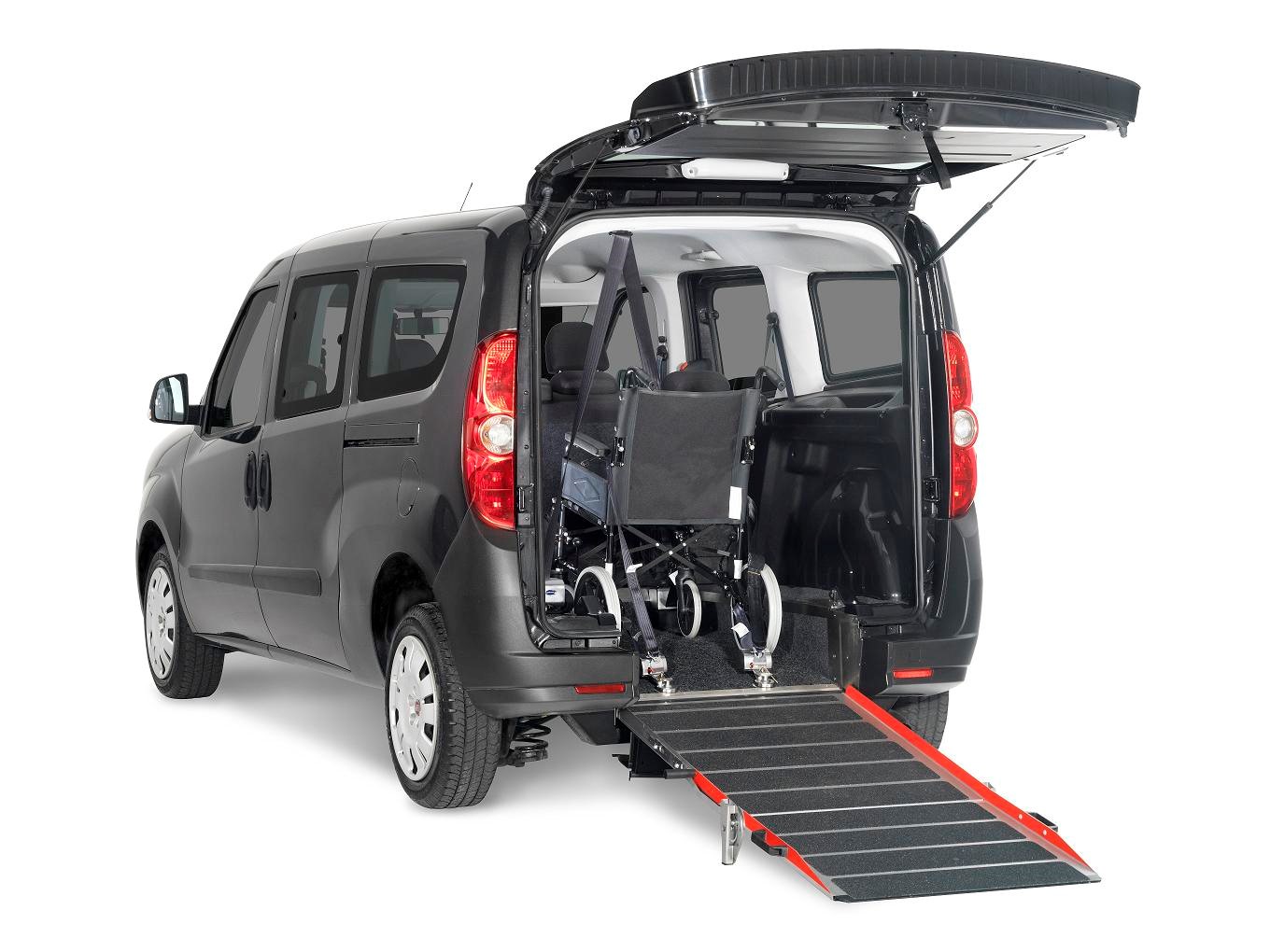 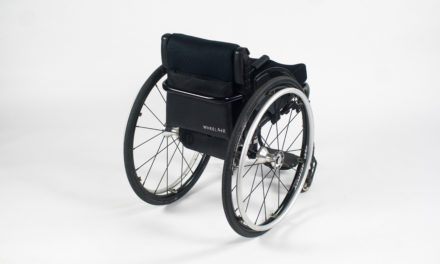 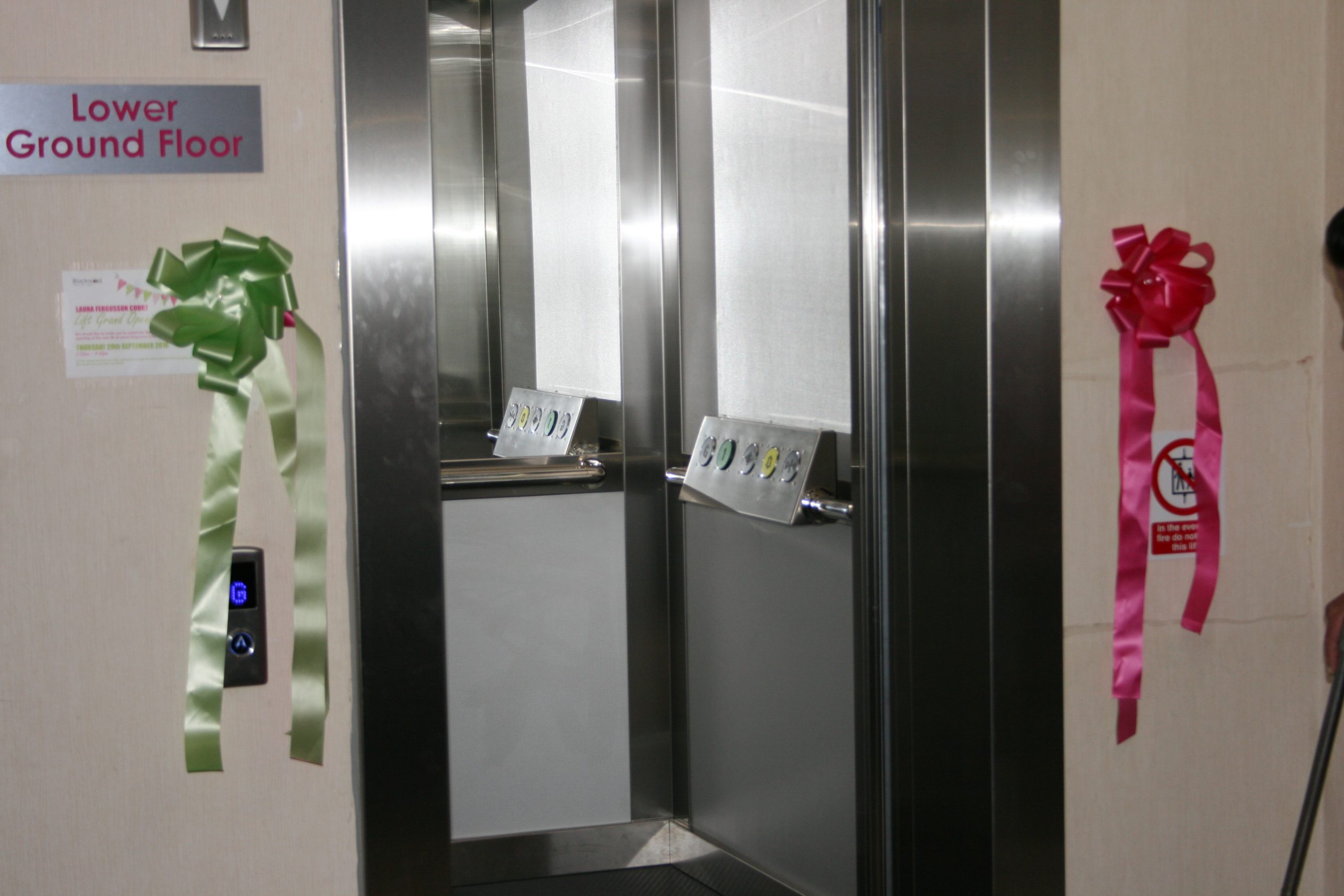