Abercrombie & Fitch brand Hollister Co. must redesign hundreds of its storefronts to ensure that they are wheelchair-friendly. An advocacy group for the disabled says a federal judge is giving the surf-inspired clothing label, which has more than 500 locations worldwide, until January 1, 2017, to make the changes.

Many of its stores have entrances that resemble a stepped front porch and a lawsuit launched in 2009 accused the company of discriminating against disabled customers.

The Colorado Cross-Disability Coalition says a ruling Friday by a federal judge in Denver requires Hollister to make changes at a rate of 77 stores per year so they are more accessible.The ruling says the company has options including leveling out stairs at entrances or installing ramps.It also can close off stairway entrances so that all customers, not just those who can’t walk, would use secondary entrances.The lawsuit was filed in 2009 against J.M. Hollister LLC and its owner, Ohio-based Abercrombie & Fitch Co., on behalf of several Colorado customers.

In March the district court for Colorado ordered company executives to comply with disability advocates but according to The Colorado Independent the two parties failed to reach an agreement and the steps remained a problem.

The long-running case originally grew from complaints filed against two Hollister stores in Colorado by the Colorado Cross-Disability Coalition.

Julie Farrar, 45, one of the plaintiffs in the four-year dispute, said she visited the Orchard Town Center store, which has since closed, to buy items for her 12-year-old daughter but her wheelchair couldn’t make it up the steps.

Lawyers for the Equal Rights Center, a national civil-rights organization, found similar access problems at Abercrombie & Fitch and Hollister stores in nine States and filed a similar lawsuit in November 2009 in Maryland.

In 2012 the Colorado-focused case grew into a class-action suit targeting the 248 Hollister stores across the U.S. that feature imitation porch steps as a main entrance.

Despite the uproar, Hollister vigorously defended the use of stairs in its stores.

A company spokesman said that the raised entrances were designed to create ‘an entry to a house in Southern California that you would walk up onto the porch or walk down into the porch, to enter, like you would do at a beach house.’

The firm argued that it complies with the law because the stores include side doors disguised as shuttered windows that are wheelchair accessible.

However plaintiffs said these doors are often are blocked with tables stacked with merchandise and they should not be made to enter through an ‘inferior’ entrance.

Ms Farrar, who was born without a sacrum – the triangular bone at the bottom of the spine – told The Colorado Independent: ‘I would never go through a side door. It’s not something I would do. I’m philosophically opposed to that.

‘These stores are designed to look shuttered and hidden, as if to keep out the riffraff’

‘These stores are designed to look shuttered and hidden, as if to keep out the riffraff. I want people to know that, as a society, we have evolved over the past 25 years.

‘Despite the fact that [Hollister] market[s] beauty and athleticism as a stereotype, the reality is they still need the rest of us people who are short, chubby and maybe with acne and wheelchairs.’

Judge Daniel ruled that customers who use wheelchairs must be entitled to the same experience as all other customers.

He suggested that Hollister could flatten out its entrance ways and remove the steps or install wheelchair-accessible ramps.Commenting on the ruling, a spokesman for Hollister told MailOnline  ‘We are surprised by the Judge’s decision that the Hollister entrances are not compliant with the ADA.’We’ve maintained throughout the litigation, and continue to maintain, that the stores comply with the ADA and allow access to all patrons.

‘Beyond that, we want all of our customers to have a positive experience when shopping in our stores. While we reserve the right to appeal the underlying legal issue, we are currently working with the court and the plaintiffs to reach a mutually agreeable resolution.’

Hollister, like all of the Abercrombie brands, markets its clothing as a lifestyle, its main inspiration being Southern California’s beach and surf scene. The website explains that it is the ‘coolest destination for genuine SoCal style clothes for guys and girls.’

And a 2013 report to shareholders reads: ‘It’s all about hot lifeguards and beautiful beaches… Young and fun, with a sense of humor, Hollister never takes itself too seriously. Hollister’s laid-back lifestyle and All-American image is timeless and effortlessly cool.’

The U.S. Justice Department has also weighed in on the discrimination case. It highlighted that the Hollister stores were built long after the ADA came into play and therefore the entrances violate both the ‘spirit and letter of the law.’
Daily Mail 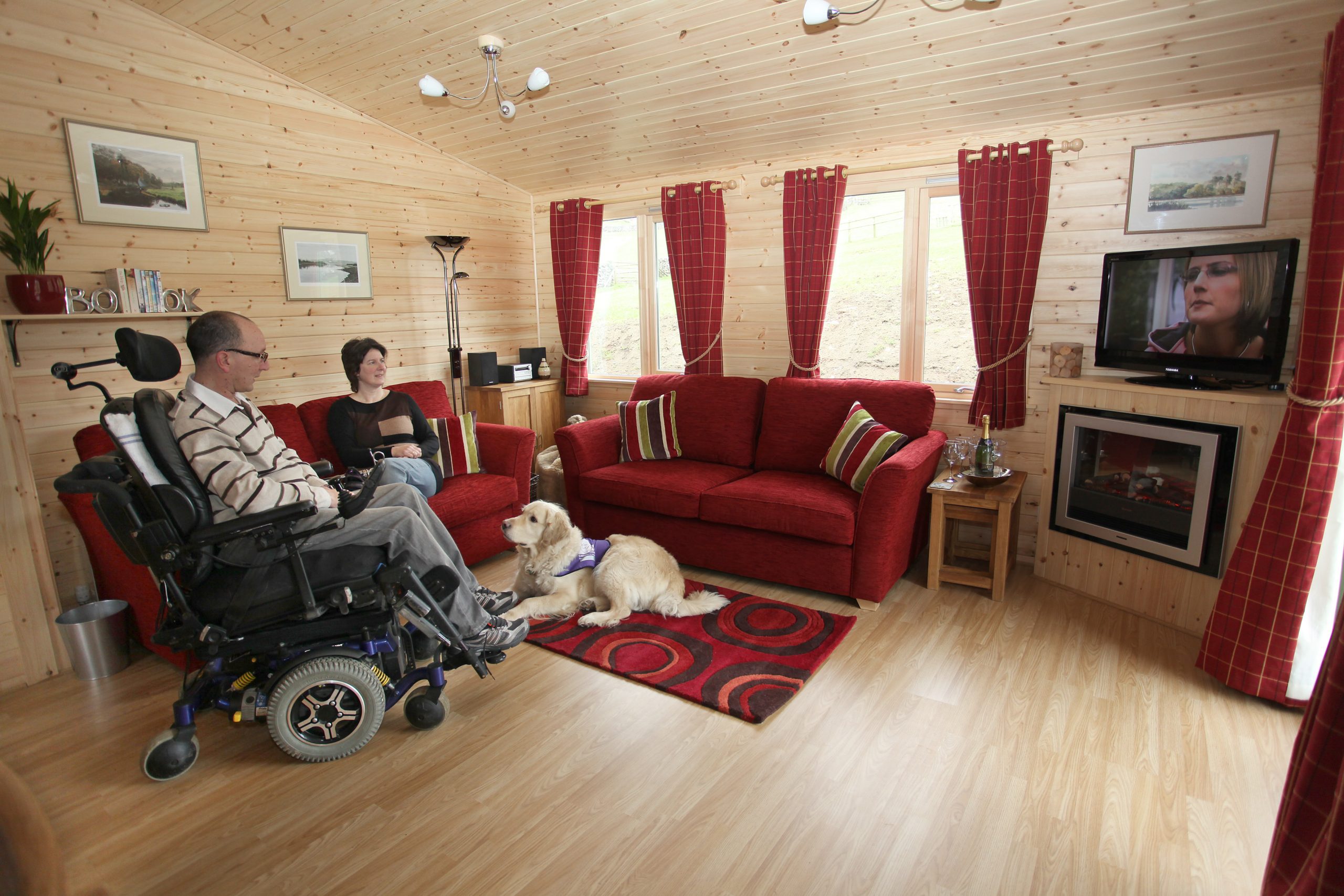