Housing and care pioneers who revamped the way specialist housing is delivered for Scotland’s older people, have now been praised as “brave and far-sighted” for making the change.

Independent experts reviewed a decision by Bield to transform traditional Sheltered Housing to meet both the evolving needs of older people and adapt to changing financial demands.

Now Bield has won a ringing endorsement for its bold decision, after an external review by independent consultants said its creation of a new Retirement Housing model has been vindicated.

Craigforth, the leading social research and support company, undertook an independent evaluation of the new service, producing a final report which praised Bield.

Lucy Robertson, Managing Director at Craigforth said: “In many ways this was a brave and far-sighted decision, and it is notable that where Bield have led many other social housing providers are now following.”

“Early indications show that the new model is offering a high-quality service which allows tenants to live as fulfilling and independent a life as possible.

“Bield has clearly shown itself to be an organisation focused on positive change and improvement and although the Sheltered Housing Model did have its strengths, the Retirement Housing Model may have the greater contribution to make towards meeting the housing needs of Scotland’s ageing population.”

Bield is one of Scotland’s largest specialist providers of Housing and Care and launched its process to reform its Sheltered Housing developments in 2012. Since then, Bield has introduced the new model in 79 developments across 21 local authority areas, completing the Scotland-wide rollout last month (Oct).

Bield’s Chief executive Brian Logan said: “It seems that considerable time has passed since we took the unprecedented decision to remodel all our Sheltered Housing developments to a new model of Retirement Housing.

“It was perhaps one of the most strategically significant and challenging changes we have made. Sheltered Housing has been Bield’s core product for many years and remained largely unchanged over Bield’s first 40 years.

“But we believe this has been the perfect time to modernise and redesign our Sheltered Housing service to ensure we fund a more reliable and sustainable model for the future that is not dependent on public money. It will benefit both Bield and the thousands of older people who rely on us.”

In response to changing Government policy and funding pressures, Bield developed and introduced the new Retirement Housing Service to replace Sheltered Housing services, which were reliant on the Housing Support grant.

Retirement Housing is designed to meet the needs of older people. While the facilities are similar to traditional Sheltered Housing with onsite staff and communal services, the major difference is that Housing Support is no longer provided.

During the development of the new model Bield consulted with a comprehensive range of interested parties, including tenants and tenants’ representatives, to understand and to address the important tenancy and housing support issues that would impact on those living in existing sheltered housing. A new service, Sure Call was developed as a direct result of concerns regarding daily contact with tenants. This new service is less intrusive than the traditional ‘daily warden call’ enabling tenants to utilise mobile phones.

Brian added: “Retirement Housing allows us to work to shape a better future for our tenants by moving away from the ‘one size fits all’ approach and confusing funding structure to give people a personalised service that is tailored to meet their specific needs.

“Bield is, and always has been, committed to providing comfortable secure homes where people of all ages are respected, can make their own choices and are able to lead independent and fulfilling lives.

“We knew how fundamental this change was going to be for Bield which is why we arranged for an independent survey to be conducted. As well as allowing us to accurately assess the impact of the changes, the report by Craigforth has provided us with useful learnings that we will use to make improvements for existing and new tenants.

“We are determined to remain firmly focussed on tackling challenges that lie ahead for our older population, positively and proactively.”

For almost 45 years Bield has been delivering high quality services to help improve the lives of Scotland’s older people, enabling them to remain independent for as long as possible – the essence of Bield’s ‘Free to Be’ vision. 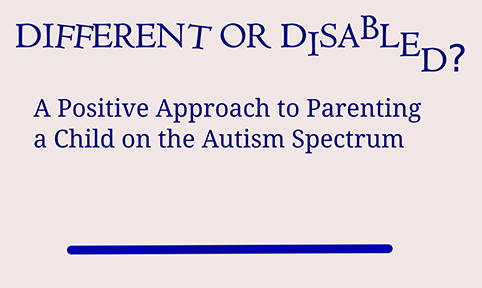