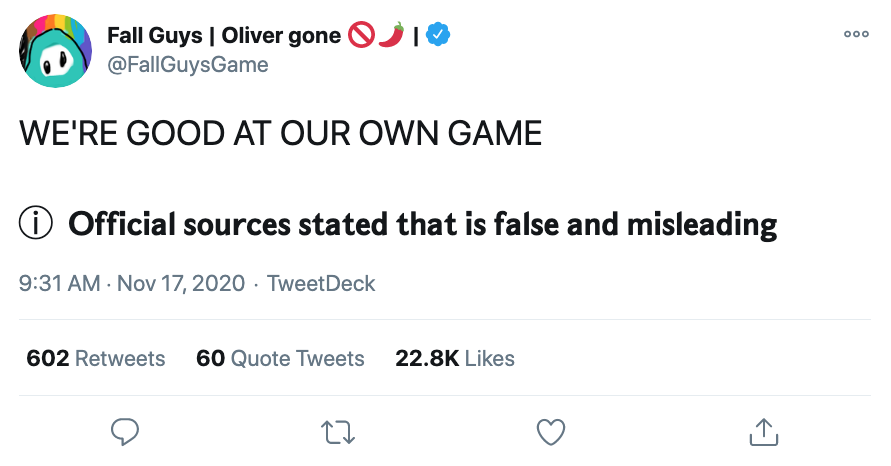 Twitter loves a meme – who doesn’t – but the new funny bandwagon that users are jumping on isn’t accessible to everyone on the platform because it can’t be read out loud with screen readers.

In the wake of the US election, current president Donald Trump has been taking to Twitter to inform his supporters that he has very much won, when he, in fact, has not. To combat the spread of misinformation on their website, Twitter has added a disclaimer to many of Trump’s tweets, clarifying that “multiple sources have called this election differently,” or that “this claim about election fraud is disputed”. From here, a meme was born. Meme lovers are now using “fonts” to recreate the disclaimer added to Trump’s tweets for their own humourous purposes. 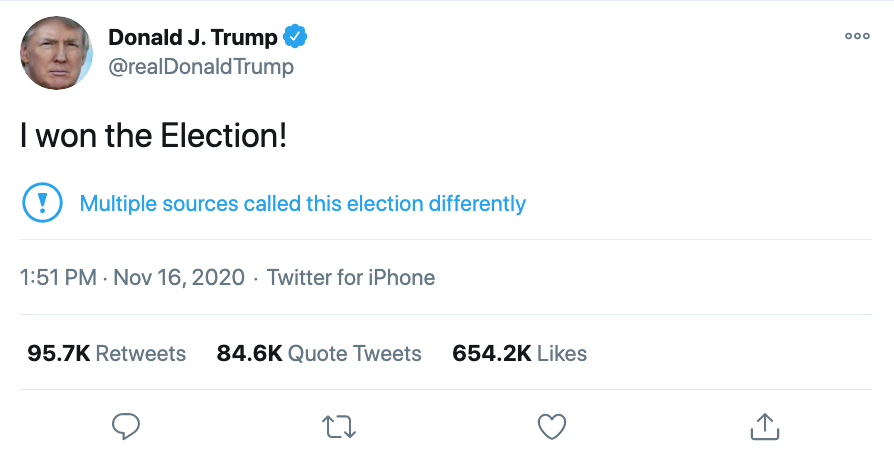 Screenshot of @RealDonaldTrump tweet. It reads: “I won the Election!” Twitter has added a citation underneath; it has an exclamation mark in a circle, and reads: “Multiple sources called this election differently” 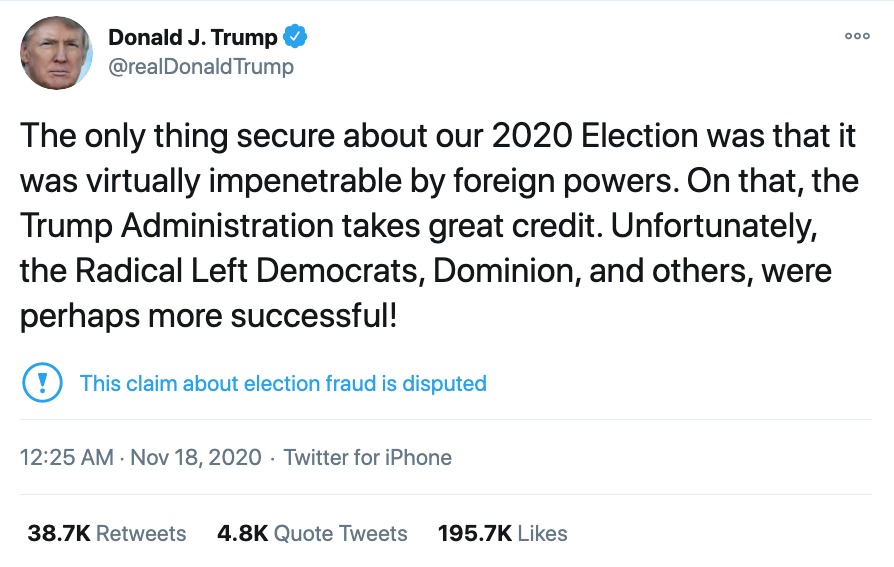 Screenshot of @RealDonaldTrump tweet. It reads: “The only thing secure about our 2020 Election was that it was virtually impenetrable by foreign powers. On that, the Trump Administration takes great credit. Unfortunately, the Radical Left Democrats, Dominion, and others, were perhaps more successful!” Twitter has added a citation underneath; it has an exclamation mark in a circle, and reads: “This claim about election fraud is disputed”.

The format has now become so popular that brands are getting involved, which is the eternal sign on the platform that a meme has reached its peak. 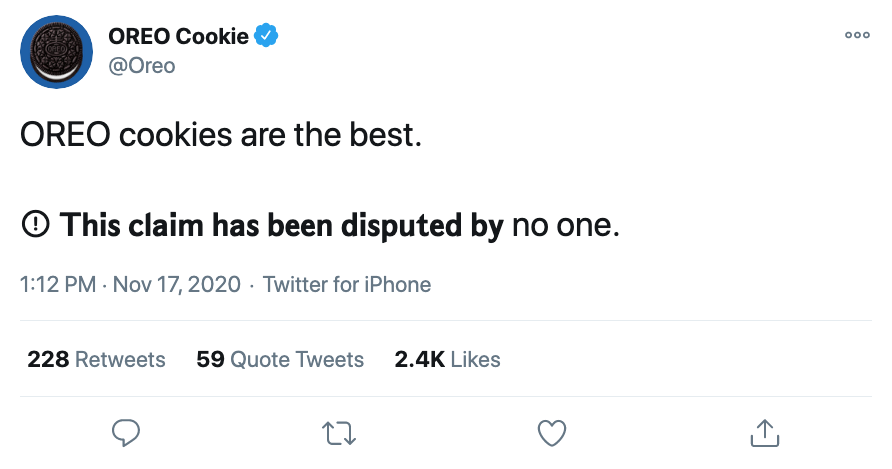 Screenshot of @Oreo tweet. It reads: “OREO cookies are the best.” In text that is unable to be read by some screen readers, they have added: “This claim has been disputed by no one.” 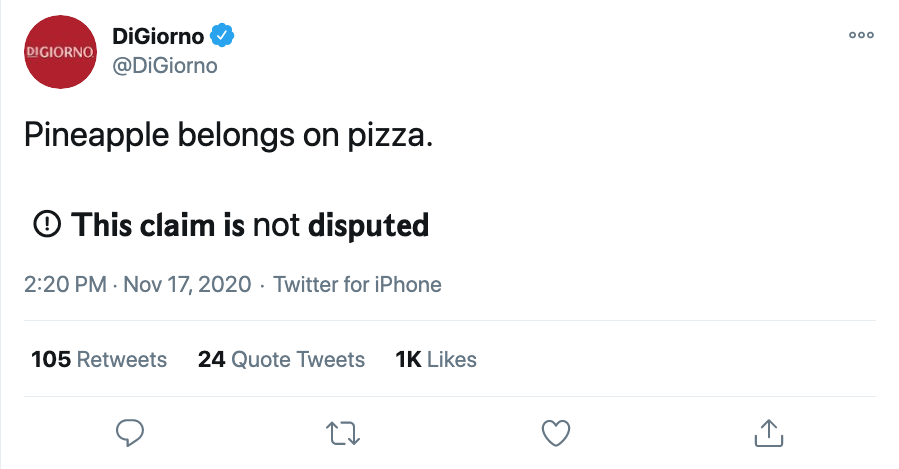 Screenshot of @DiGiorno tweet. It reads: “Pineapple belongs on pizza.” In text that cannot be read by most screen readers, they have added: “This claim is not disputed.”

Screenshot of @FallGuysGame tweet. It reads: “WE’RE GOOD AT OUR OWN GAME” In text that cannot be read by some screen readers, they have added: “Official sources stated that is false and misleading.”

If you had seen the above tweets on Twitter and used a screen reader to voice them, you might be a bit confused as to why they seem to be missing something, or not entirely make sense: that’s because many screen readers aren’t able to understand the “fonts” that are being used to write out the meme. You may be especially confused by the DiGiorno tweet, which a screen reader will voice as: “Pineapple belongs on pizza – not,” defeating the entire point of the joke! Twitter user @p0ppyfield tweeted a video in response to the tweet from Fall Guys, explaining that the meme’s format doesn’t work with screen readers:

This is what your “official sources claim” trend tweets sound like to those using a screen reader.
They’re not accessible. pic.twitter.com/ADhjktjCDu

Screen readers aren’t programmed to read the symbols and mathematic notation that make up the bold, italic, or gothic fonts that you see on Twitter being used as “fancy” fonts, so instead of voicing them, it just skips over them. If symbols are being used to write out the “official sources” meme, then that leaves people who use screen readers out of the joke.

Kent C. Dodds, a software engineer and teacher, put a great video on his Twitter that shows what screen readers do when they encounter a character they can’t voice: 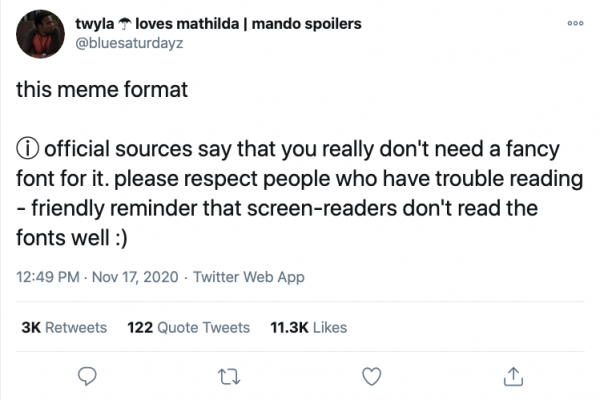 Screenshot of a tweet from user @BlueSaturdayz. It reads: “this meme…official sources say that you really don’t need a fancy font for it. please respect people who have trouble reading – friendly reminder that screen-readers don’t read the fonts well :)”

Stepping up to write a new chapter at the BBC 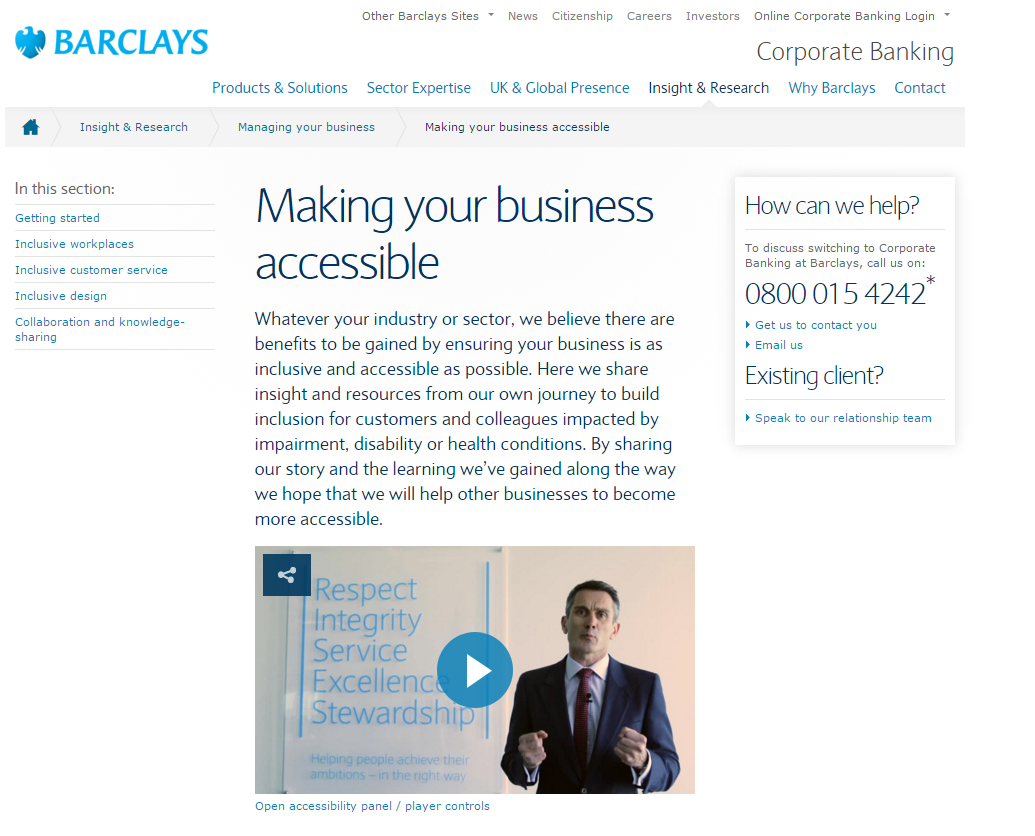 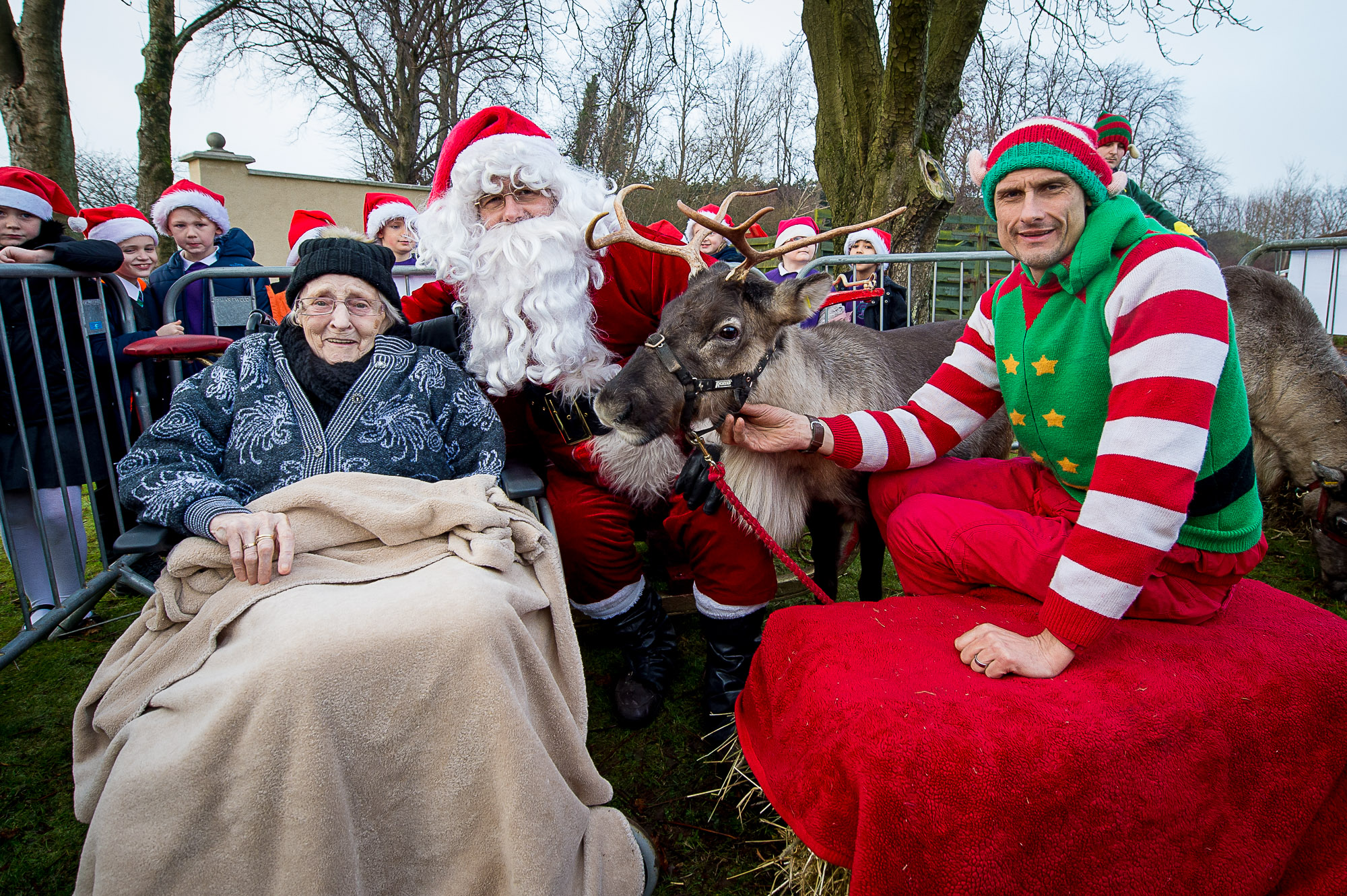