Prague based filmmakers, Paul Dean (UK) and Kristyna Balaban (Canada), announced the launch of their indiegogo campaign to raise funding for the completion of their documentary, ‘The Road Less Run’, and to help spread the unique concept of inclusion of disabled athletes in marathon running developed in Prague by the charity Running With Those That Can’t.

From 2009, with courage, tenacity and sweat, Scott Keel and Honza Holna have fuelled a revolution in perception. In 2013, they competed in their last marathon together as a team. “Everything,” Scott says, “can be accomplished, if you do it together.” Now, as more people begin to witness amazing new horizons of human potential, the idea is catching on.‘The Road Less Run’ is the incredible true story of how one dream broke down barriers, changed an entire community and inspired people all over the world.

Running With Those That Can’t (RWTTC), is a Prague based charity, founded in 2009 by American medical student, Scott Keel. The Charity raises money to build specialized strollers for disabled athletes then creates teams of runners to compete alongside the athletes in the Prague Marathon. Honza Holna (CZ) was one of the first disabled athletes to compete alongside Scott. As the film’s director, Dean says, “When we were first approached to make a short promo video about RWTTC, it quickly became apparent that there was a bigger story to tell.” Fellow director, Balaban, continues, “After many months of following Scott and Honza, we discovered a truly inspiring story that we knew we had to share with as many people as possible so that more communities would be able to share in the same experience.”

When asked why Indiegogo was appealing, Dean noted that “Indiegogo has provided us with the perfect platform that allows us to attempt to raise much needed funds for the completion of the documentary but also helps us to reach our primary goal of spreading the story’s message of charity, inclusion and community to as many people as possible.” Consequently, the documentary team is hoping to acquire around $50,000 of funding not just to complete the documentary but also to make a 15-20 minute promo film that will be made available for free to athletics organizations, advocacy groups and marathons worldwide to help inspire others to create similar projects in their own communities.

The film was shot over a period of months in 2013 for free, using a number of volunteers and generously donated equipment, including GoPros, Red cameras, Canon DSLRs and Sony HDCams. Monies raised through Indiegogo will be used for colour grading, sound editing and mixing, original and licensed music, language transcriptions, legal fees and distribution and festival costs. Also, approximately one week of additional shooting in March and April 2017, around this year’s Prague Half Marathon, with most of the original subjects and exploring further story lines.

ABOUT: Paul Dean is an English filmmaker based in Prague. He has worked in the film industry for over ten years and has written and directed numerous short films, music videos and commercials. Kristyna Balaban is a Czech-Canadian documentary filmmaker and interdisciplinary media artist from Toronto, Canada. Kristyna now lives in Prague where she works for the Institute of Documentary Film and on her own projects.

Watch the film and back the campaign: https://www.indiegogo.com/projects/the-road-less-run-documentary-film-running#/. 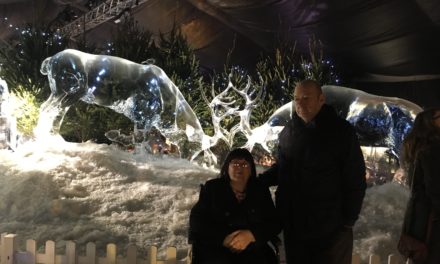 Why it wasn’t lonely this Christmas 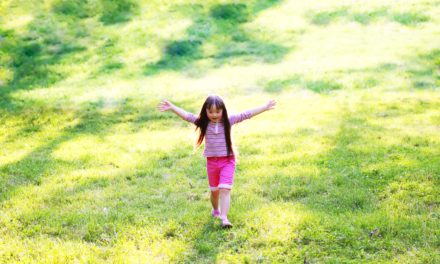