Social care costs: The repercussions of the cap will be felt for years

When MPs on the health select committee were considering the funding of social care a little more than a year ago, they were surprised to learn that over 12 months there had been 29m Google searches on “How do I pay my care fees?”.  The scale of the web inquiries pointed to a level of anxiety not reflected in the speed with which politicians have tackled the issue of social care.  Jeremy Hunt‘s answer to these silver surfers appeared to be “radical plans to transform [elderly] care” – which will arrive seven years after the coalition said it had understood the “urgency of reforming the system“.

This government has essentially taken the system proposed by the economist Andrew Dilnot with a cap on costs of care, a limit to so-called hotel costs and raising level of assets required and shorn it of its most expensive parts.

The cap on care costs set at £75,000 – almost Dilnot’s double preferred figure of £35,000 once you account for inflation. While the whole package measures announced – including the welcome announcement of free care for disabled adults – will cost £1bn a year in 2020, paid for largely through freezing inheritance tax levels. To see that this is Dilnot-lite, you only have to consider that the original “base case scenario” would have cost £2.2bn a year in 2015.

The repercussions of this cheese-paring will be felt by pensioners in years to come. It’s important to note that the government proposals – and Dilnot – were not designed to underwrite private care homes. They would only pay out on council rates.

Currently local authorities pay about £500 a week for residential care and hotel costs. If your hotel costs are capped at £12,500 a year, then that means £240 a week. That leaves you liable for £260 a week to find from your own pocket on care – until you spend £75,000. That would take five and a half years. Most people stay in care homes for between two to three years. Even if you were to spend five and half years in a home, the government will only provide you with cash of £260 a week as a subsidy.

Even worse is that currently you only get free elderly care if you have assets of less than £14,250. For every £250 in assets, the state can charge you a pound in contributions – up to a maximum of £36 a week, when you will have £23,250 in assets. And any richer than this the state says you have to pay. Under the new thresholds the elderly could face bills of about £420 a week in contributions.

This might have been a signal for people to start thinking about private insurance, putting money aside to hedge against the catastrophic costs of old age. However as Chris Horlick of Partnership Assurance points out his company was the last insurer to offer pre-funded care insurance. “We stopped it three years ago and I don’t think these proposals will bring it back.”

Horlick warns that the anxious millions will still be taking to the internet to ask about the costs of care for years to come. “I am really concerned that in decades’ time when we have more over 85s and more people with dementia we will be facing the same problem as we do today with people really worried about how to pay for their care costs.”

The Guardian by Randeep Ramesh

Inclusive Design At The London Festival Of Architecture 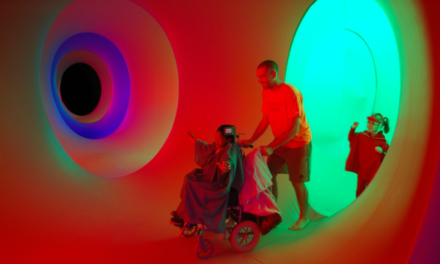