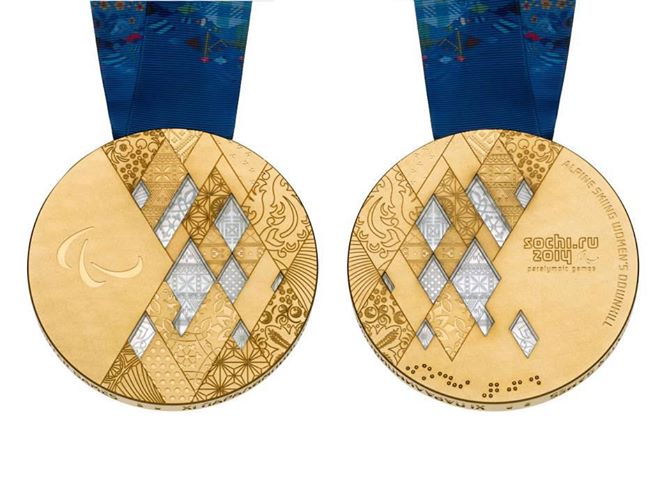 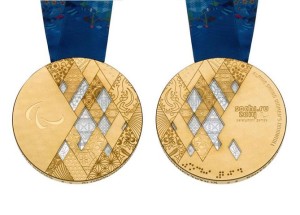 The presentation of the Olympic and Paralympic medals, which will be awarded at the Sochi 2014 Winter Games, took place in St. Petersburg on 30th May, during the 11th “SportAccord” Annual International Sports Convention.

Guests of honor at the ceremony, which is often held in the year before the Games, included IOC Coordination Commission Chairman Jean-Claude Killy, CEO of the IPC Xavier Gonzalez and President and CEO of the Sochi 2014 Organizing Committee Dmitry Chernyshenko.

The presentation ceremony was opened by Dmitry Chernyshenko, who gave the audience the main facts and figures about the Sochi 2014 medals and highlighted their uniqueness. The Olympic and Paralympic medals were then displayed and members of the public were able to view them up-close.

The Sochi 2014 Olympic and Paralympic medals are unique and feature the Sochi 2014 “Patchwork Quilt” – a mosaic of national designs from the various cultures and ethnicities of the Russian Federation. The medals have been carefully crafted to depict the landscape of Sochi from the sun’s rays reflecting through the snowy mountain tops onto the sandy beaches of the Black Sea coast. These contrasts in Russia’s natural landscape are embodied in the medals and will be an everlasting souvenir for the champions. The unusual combination of metal and polycarbonate lends to the medals a sense of lightness and distinctive beauty.

The front of the medal features the Olympic rings. The reverse contains the name of the competition in English, and the logo of the Sochi 2014 Games. The official name of the Games in Russian, English and French is engraved on the medal’s rim.

The Olympic Winter Games in Sochi will set a new record in terms of the number of sports events on show, so a record number of about 1,300 medals will be manufactured.

The Sochi 2014 Paralympic medals were designed in the same style. The form of the award symbolizes the integrity and strength of spirit of Paralympians, who are an example of the unlimited possibilities of humankind.

One side of the medals features the Paralympic symbol (three hemispheres, “agitos”); the reverse features the logo of the Sochi 2014 Paralympic Winter Games and the name of the competition in English. The official name of the Games in Russian and English is engraved on the medal rim. The awards also contain inscriptions in Braille for the visually impaired.

A set of Sochi 2014 medals traditionally includes a bronze, silver, and gold medal. Depending on the type of metal used, the Sochi 2014 Olympic medals weigh between 460 and 531 grams, and the Paralympic medals – between 585 and 686 grams, due to their design peculiarities. Each medal is 10 mm thick and 100 mm in diameter. 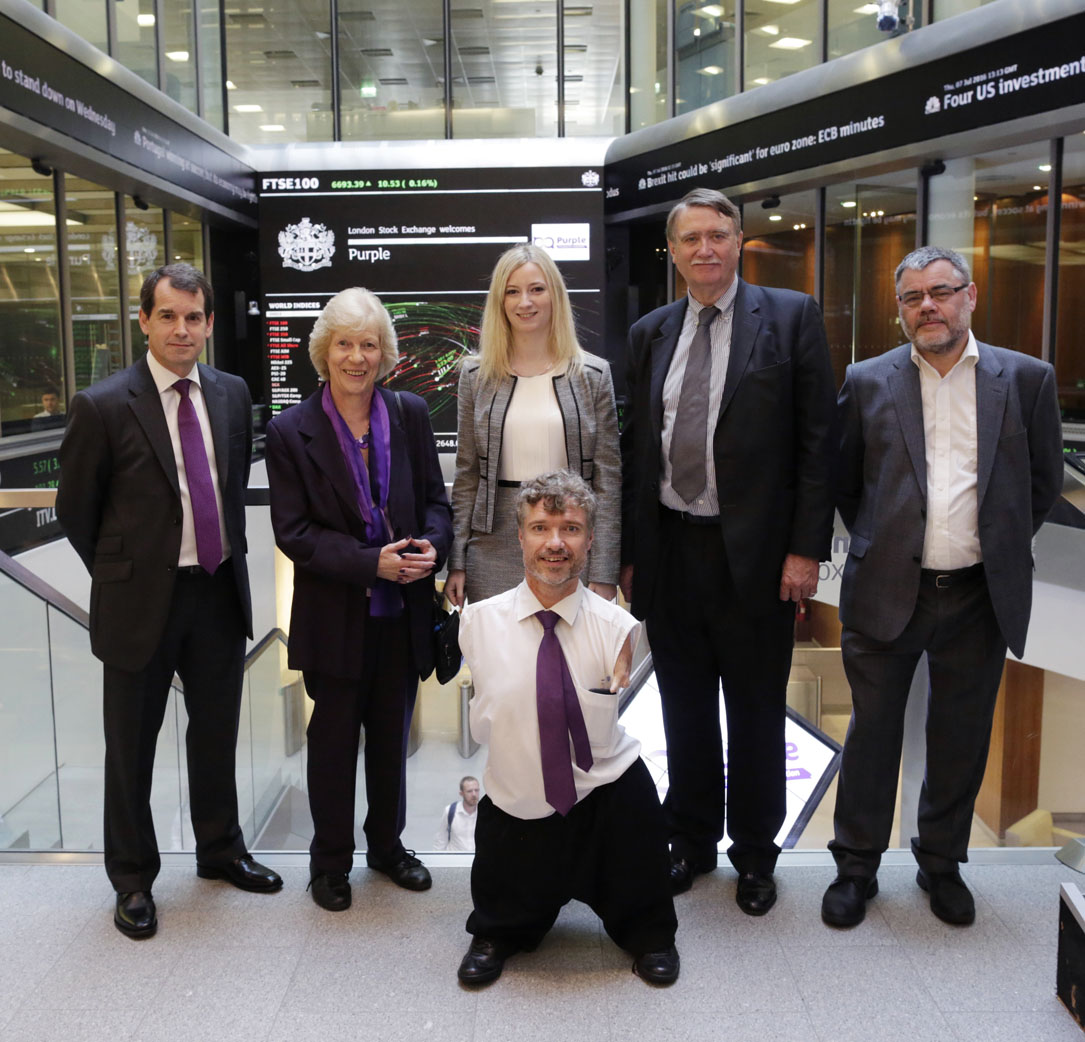 Purple Launched To Tackle Inequity in Employment for Disabled People

Heather Frederiksen and Louise Watkin split from coach and club