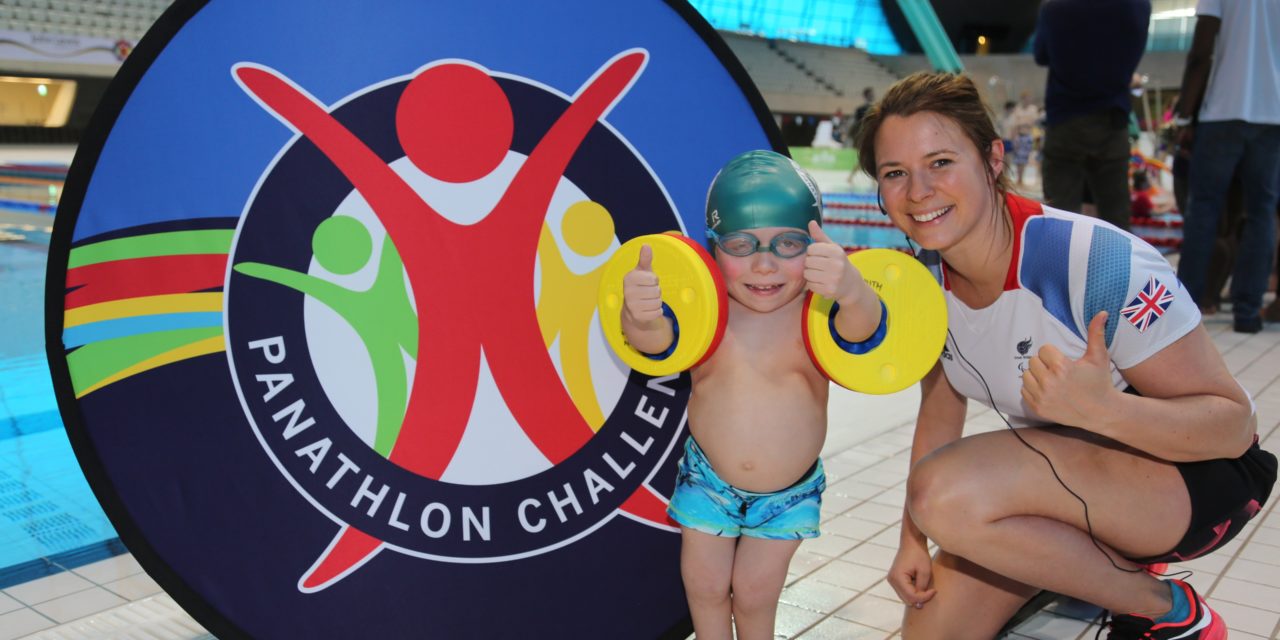 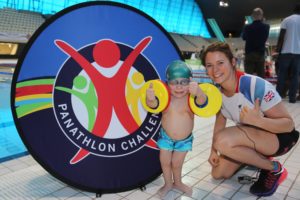 Olympic diving hero Tom Daley dropped in to meet swimmers with disabilities and special needs during a recent competition held by the charity Panathlon.

Daley was training at the London Aquatics Centre before Panathlon’s London and Essex Finals got underway at the Olympic pool.

On the day, students from Whitefield School in Walthamstow and Treetops School in Grays won the London and Essex heats respectively, and both now progress to the season-ending South Divisional Final.

Panathlon’s swimming events are spread across England with over 1000 young people participating in 2016/17, a third of whom had never previously been in a pool.

Their competitive pathway in the south starts with local, county events and regional events at venues such as Stoke Mandeville and the Aquatic Centre, leading to the climatic Divisional Final, held at the Queen Elizabeth II Olympic Park in July.

In the north, a similar pathway of events across Yorkshire, Lancashire, Merseyside and the North East culminates in a North Divisional Final at Sheffield’s Ponds Forge in June.

Deaf swimming events have also been added this year for primary and secondary school ages, with the Aquatic Centre also hosting the deaf programme’s final.

Overall, more than 10,000 children with disabilities and special educational needs every year are given the chance to take part in competitive sport through Panathlon’s array of multi-sport, boccia, swimming and football competitions. 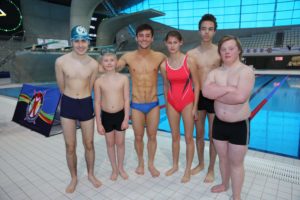 “I think it is a fantastic charity,” said Daley, the 2009 and 2015 world diving champion and two-time Olympic bronze medallist.

“The more people, of all abilities, that you can get involved in sport and health and fitness in a fun and engaging way can only be a good thing. And to have this event at the London Aquatics Centre is just another example of the legacy of London 2012.”

Daley helped calm the nerves of competitors with autism from Doucecroft School in Colchester. Their coach Andrea Griffiths said: “They were all a bit nervous coming here, but meeting Tom Daley certainly helped. Many of our students don’t take part in team games so Panathlon provides them with this amazing opportunity. It helps build their confidence and self-esteem and also shows them the importance of teamwork. The whole day has been absolutely fantastic.”

Ryan Jones, assistant headteacher at Treetops School in Grays, added: “These kinds of sporting opportunities are difficult to come by, so when Panathlon suggested we took part, we jumped at the chance. To be able to come to the Olympic Park with students of all different needs is an amazing opportunity.

“Panathlon is about breaking down barriers and our students have all absolutely loved it. We have had one pupil who has severe autism and is non-verbal, but just got into the pool and started swimming. It was amazing to see.”

Liz Johnson, the 2008 Beijing Paralympic breaststroke gold medallist, is a Panathlon ambassador. She had the honour of laying the final tile at the Aquatics Centre when it was built.

She said: “So often it is seen that for minority or disadvantaged groups, taking part is enough. But Panathlon offers a competitive sporting environment for all.

“You can learn so much from competitive sport. In my own swimming career, I have learnt about winning, losing, travelling, new environments and working together in a team. Panathlon provides this opportunity to develop these skills which are so important throughout life.”

For more information on taking part in Panathlon events, go to www.panathlon.com 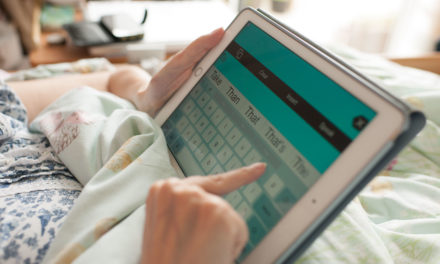 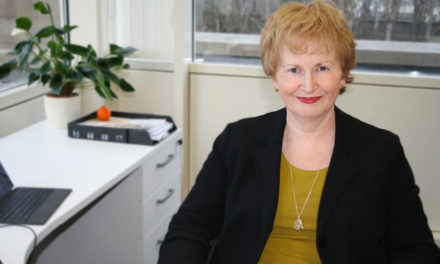 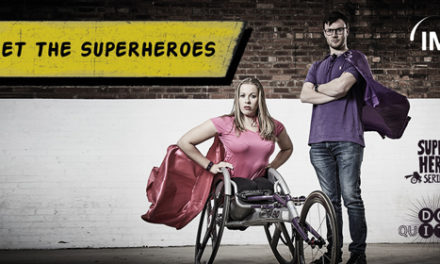 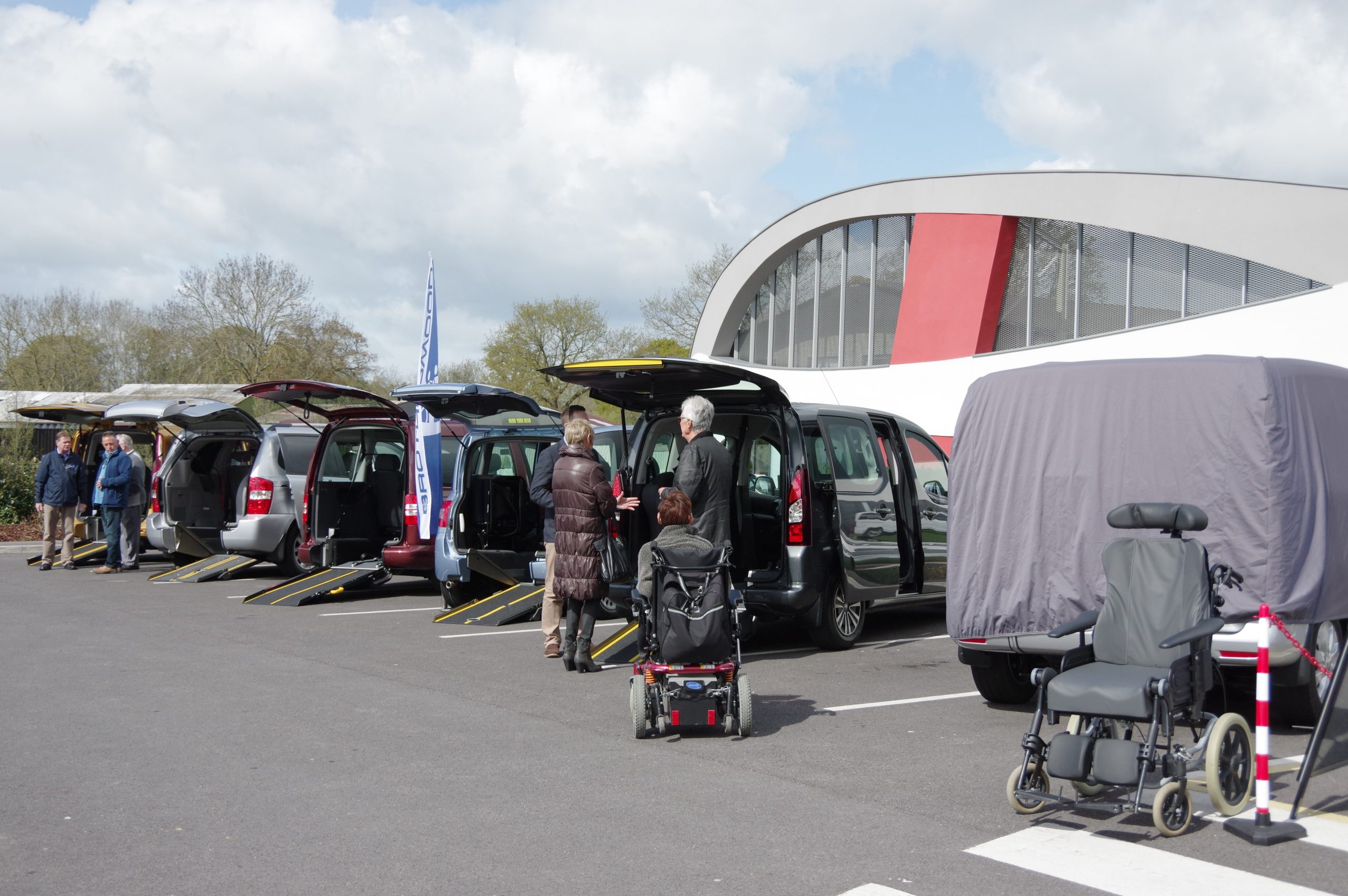