The corporate owners of private hospitals dealing with NHS-funded patients are to be subject to tests to check if they are “fit and proper” persons to be involved with healthcare.  The tests would be part of reforms to ensure there was no “repeat of the abuse uncovered” by the BBC lastyear at the Winterbourne View home owned by Geneva-based investors, ministers said on Monday.

The reforms were designed to get hundreds of patients with learning disabilities and autism out of assessment and treatment units. More than 1,200 patients were in such units when there only needed to be “300 to 400”, said Norman Lamb, the health minister.

By 2014 local authorities and the groups of GPs set to control NHS spending would have to justify why each patient had been kept in such a unit.

Lamb said they were meant to be short-stay places but many people with learning disabilities were in them for years and shouldn’t be.

“We have a clear responsibility to bring this to an end. Nothing short of a complete change of culture is needed,” he said.

As part of the new “culture”, Lamb said corporations and the City would need to act responsibly. The Department of Health would scrutinise both the board directors and “financiers”, implementing changes to ensure they could not take “financial rewards without any apparent accountability”.

Officials would look at how “corporate bodies, boards of directors and financiers can be held to account for the provision of poor care and harm”.

Proposals would be put out by spring next year, and would include both “regulatory and criminal sanctions”.

Winterbourne View hospital near Bristol was closed last year after a BBC Panorama programme uncovered a regime of systematic ill-treatment of patients. People with learning disabilities were being pinned down, slapped, doused in cold water and repeatedly taunted and teased. Eleven former members of staff at the home, then owned by Castlebeck,admitted criminal offences of neglect or ill-treatment.

Castlebeck is owned by Lydian Capital Partners, a Geneva-based investment fund backed by a consortium of investors, including Irish billionaires Denis Brosnan, Dermot Desmond, JP McManus and John Magnier, the racehorse breeder. At the time of the scandal the chairman of Castlebeck was Brosnan’s 35-year-old son.

The NHS and local authorities paid Castlebeck an average of £3,500 a week to care for each patient. Since 2006, when Lydian Capital bought the company, yearly receipts have risen by 80% to £55m. The official serious case review said the company’s “appreciation of events was limited”.

The Association of Directors of Adult Social Services said: “… the most immediate failure was of a provider, Castlebeck, offering a service to meet very high levels of need; charging extremely high fees to public agencies in order to meet those needs, and then completely failing to deliver on the promises made.”

The association’s president, Sarah Pickup, said: “We must ensure that providers in future are properly held to account for this kind of failure.”

Labour questioned whether, under the new NHS system, GPs who refused to provide funding to local councils — or were “slow to do so” — would be taken to task.

Liz Kendall, the shadow care services minister, warned that “some parts of the country continue to use long-stay institutions because they haven’t developed alternative care in the community and at home”.

“In a time of constrained resources, when we need to make the best use of taxpayers’ money, there should be one budget for people with learning disabilities – not separate funding for NHS and council care. Can the minister explain how he will guarantee this happens in every local area?”

How to get ahead … as a housing professional with a disability 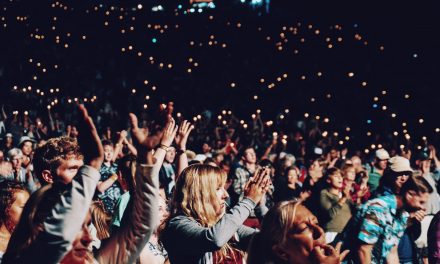