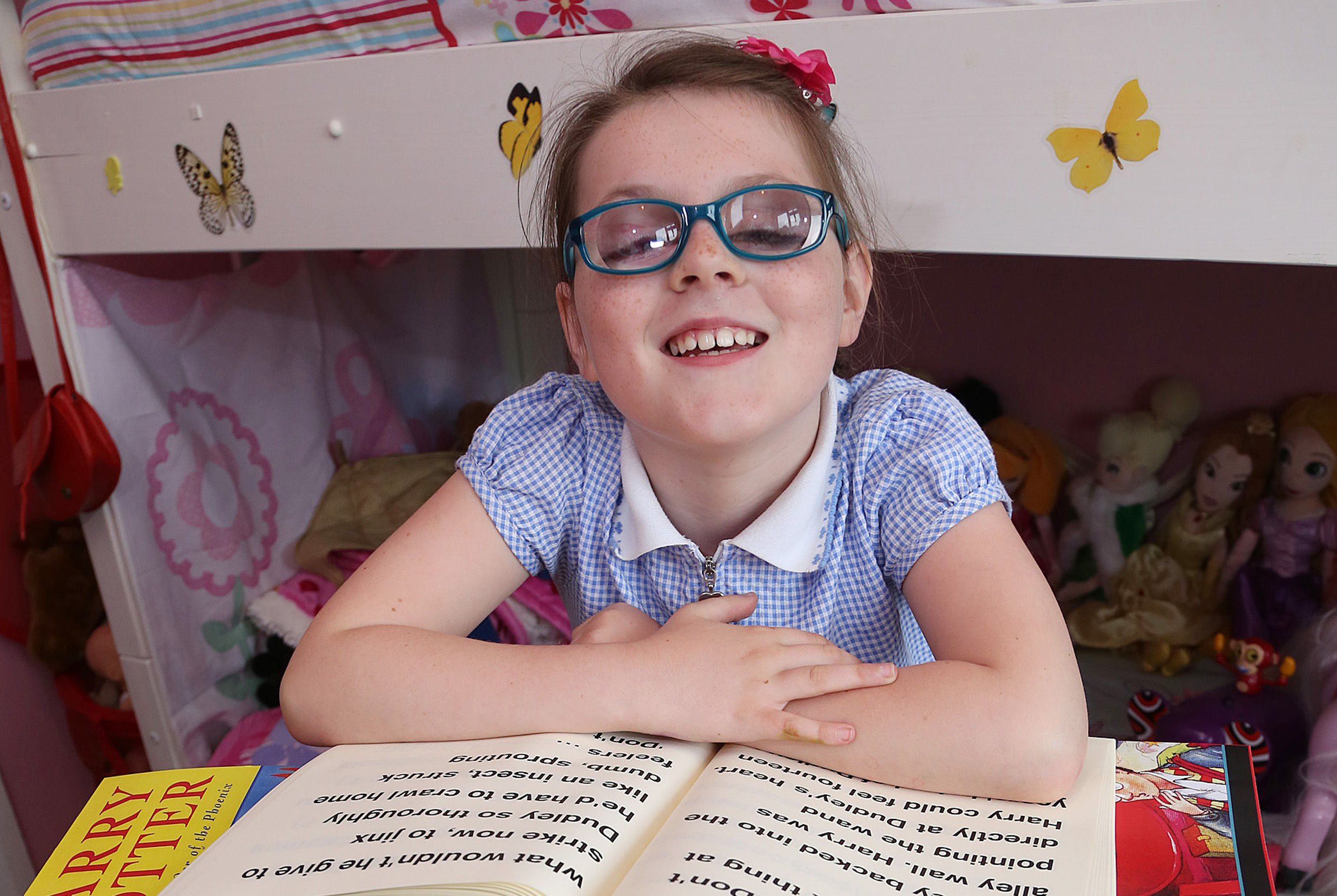 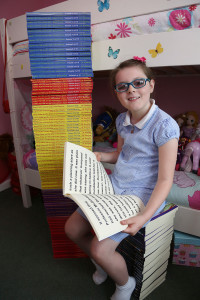 The magical world of Harry Potter is being opened up to eight-year-old Kayleigh Ann Hayes thanks to Blind Children UK (www.blindchildrenuk.org), the leading charity for children and young people with vision impairments. Blind Children UK has presented Kayleigh with the complete series of the Harry Potter books in a font large enough for her to read, signed by the author, JK Rowling.

Kayleigh Ann loves to read but struggles with normal print-sized books as she only has 10% vision due to a congenital bilateral cataracts and microphthalmia – a condition where the eyes fail to develop. Despite this she can still read enlarged text and, thanks to Blind Children UK’s CustomEyes book enlargement service, Kayleigh can now read the Harry Potter series just like all her friends.

Kayleigh lives with her mum Debbie, dad Stephen, and little sister Lily Mai, near Winchester in Hampshire. Debbie said: “Kayleigh was delighted when she heard she was getting the Harry Potter series in a font large enough for her to read, and we were all thrilled that they had been signed by JK Rowling herself. We can’t thank Blink Children UK enough.

“Lots of Kayleigh’s friends are into Harry Potter already so she has been saying for ages that she would like to read them. It’s great because now Kayleigh can read on her own; it makes her that little bit more independent. She can sit in bed and read with a torch, like any other child might, which is wonderful. She loves to write stories so I’m sure that reading by herself will improve her writing.” 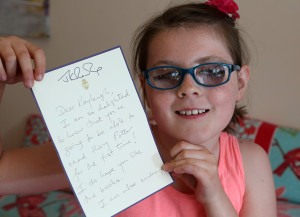 Kayleigh said: “I think it’s brilliant that my Harry Potter books have been signed by the lady who wrote them. She also sent me a nice letter saying she was delighted I can read them for the first time and that she hopes I like them. I can’t wait to start reading them like all my friends.”

“This is the largest version of the Harry Potter books we’ve ever produced,”said Nigel Betts, CustomEyes National Development Manager, at Blind Children UK. “I suspect it’s probably the largest in the world. It’s absolutely wonderful to be able to help children like Kayleigh access books like this.”

Blind Children UK helps children and their families tackle the challenges of sight loss so that they can enjoy their childhood and realise their potential as adults. 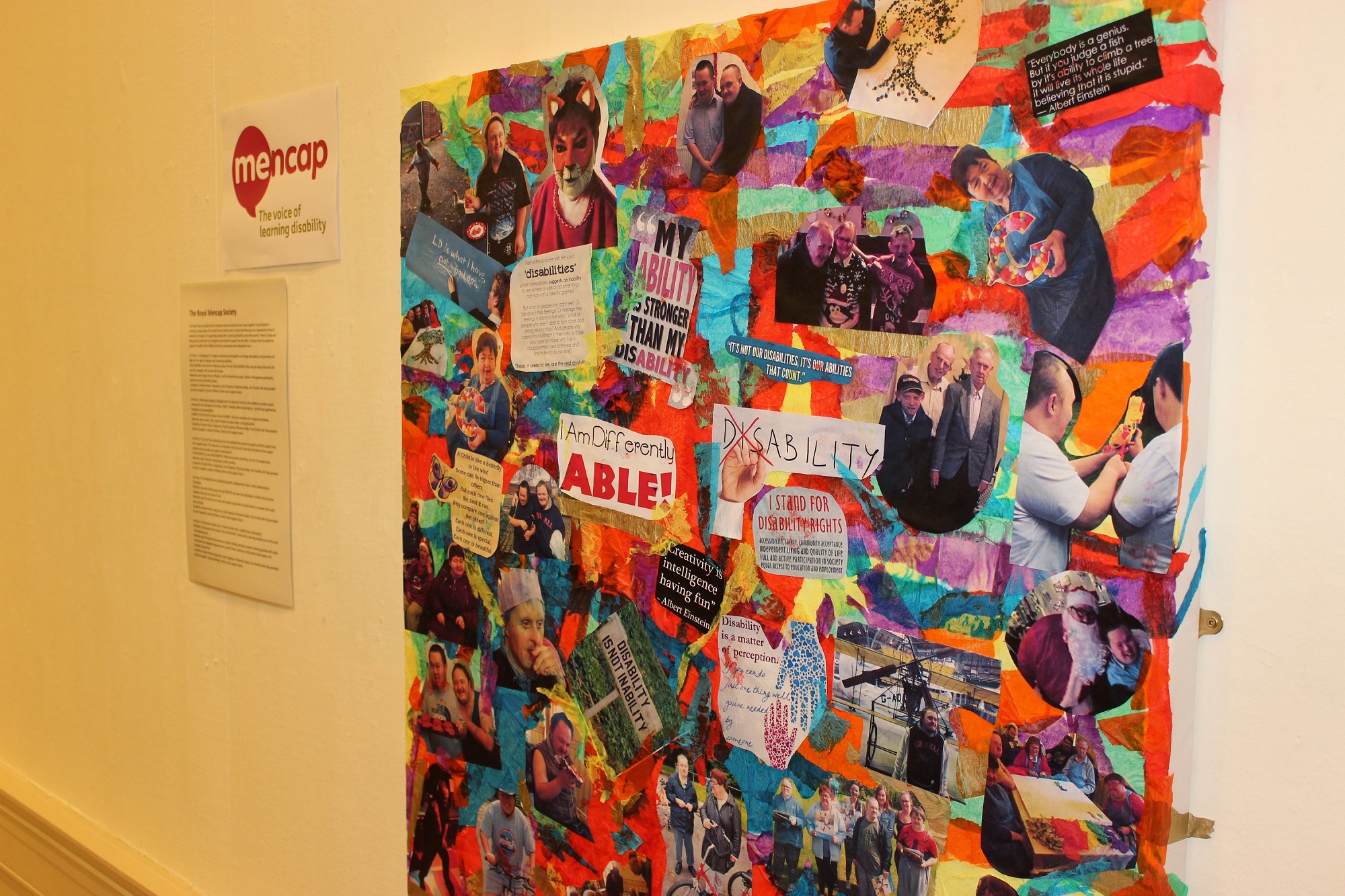 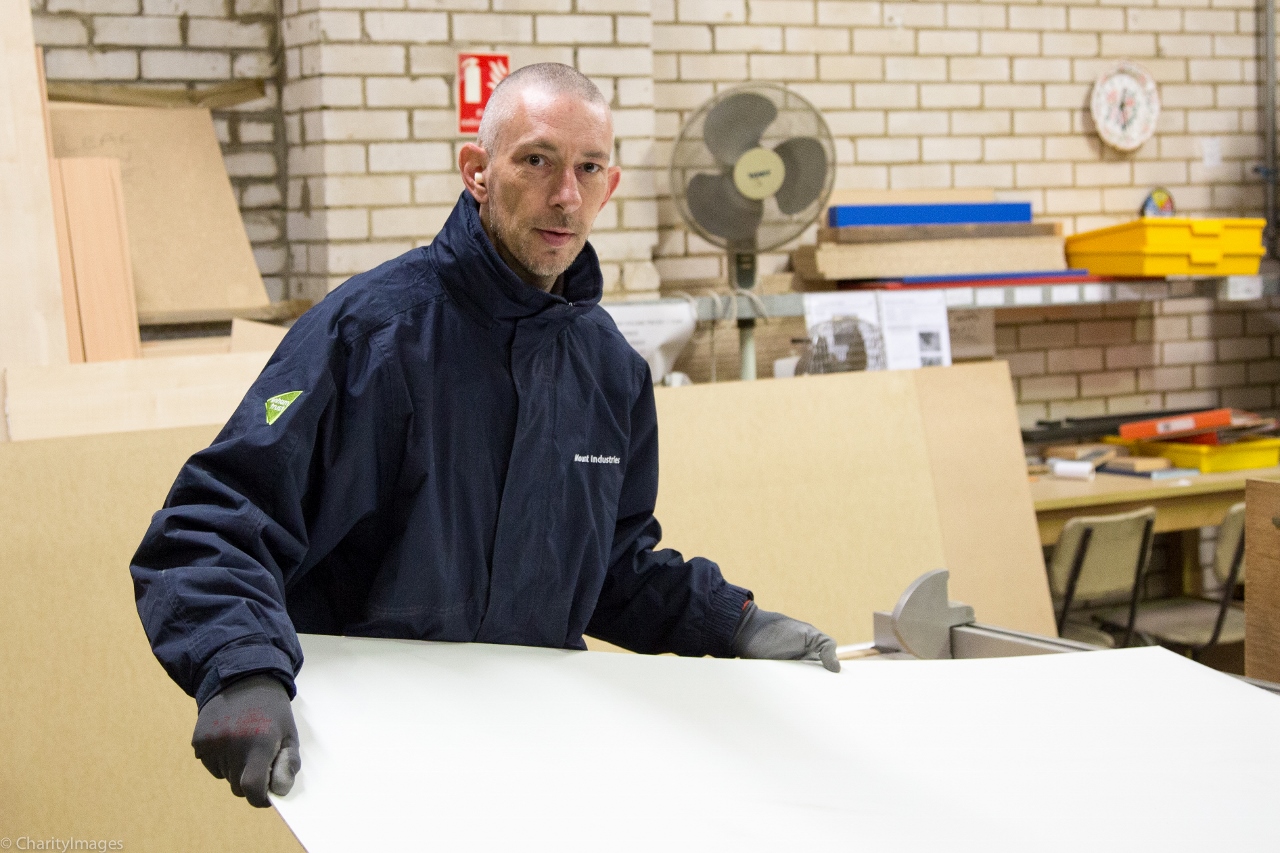