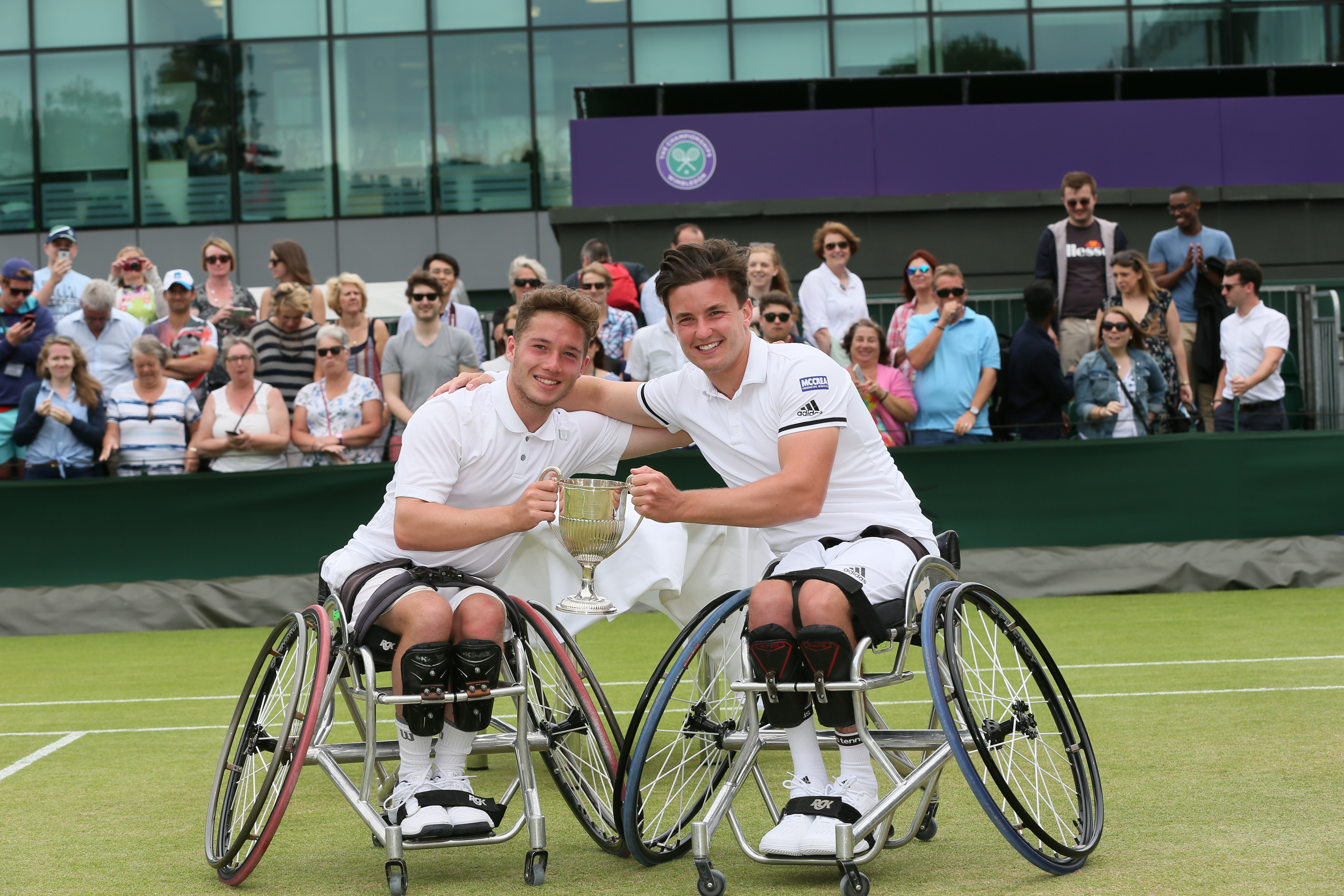 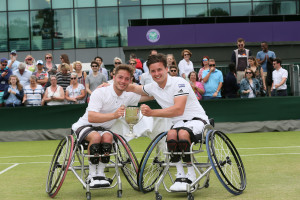 Hewett and Reid lost the first set but the Brits earned themselves a double break in the second set before Hewett levelled the contest with a second serve ace.
Hewett and Reid broke Peifer’s serve in the deciding set and both home favourites served for the match before coming from behind to force the tie-break.

Hewett fired two forehand winners to bring up his and Reid’s first two match points and, seconds later, their third match point as they eventually wrapped up a 4-6, 6-1, 7-6(6) victory in their first Grand Slam tournament together. 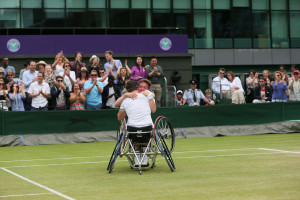 “It’s an amazing feeling. I was trying to keep focused at the end and play smart and we managed to nick it there in the tie breaks,” said Reid.  “We both stepped up well and played good tennis when we needed to. It’s not a bad way to start our Grand Slam doubles career together, we’ve put a lot of hard work in over the last few years and it’s paid off big time!”

“It’s incredible to win my first Grand Slam title, I can’t even remember match point, I don’t know whether I hit the ball or Gordon did, it’s all a blur if I’m honest,” added Hewett. “The support from the crowd today was amazing and really helped us out after going to that tie break in the third set having led 5-2. It’s not sunk in yet and I think it will take a while to realise that I’m a Wimbledon Champion.” 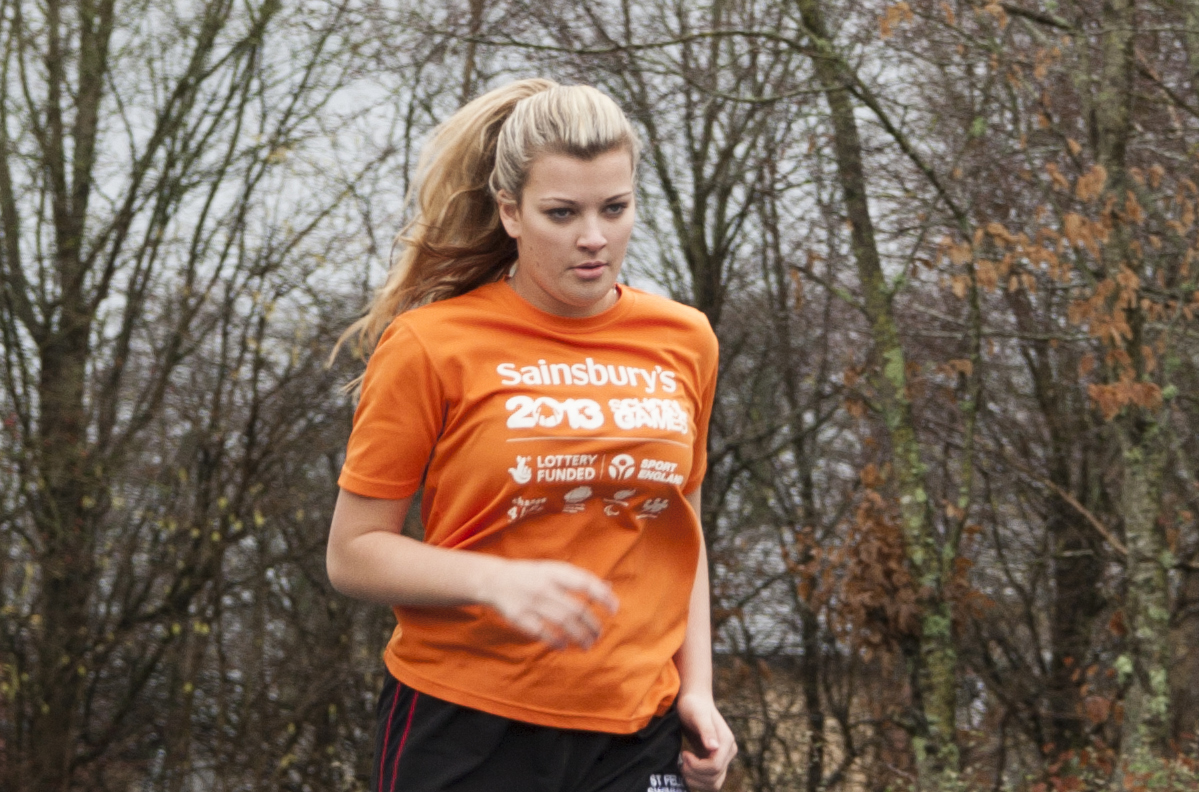 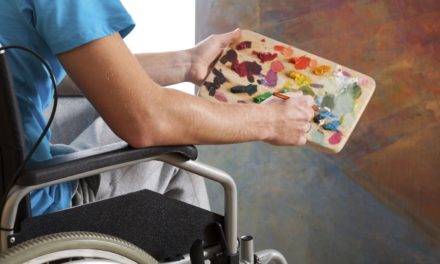 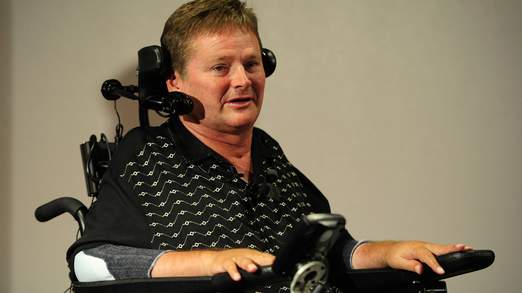 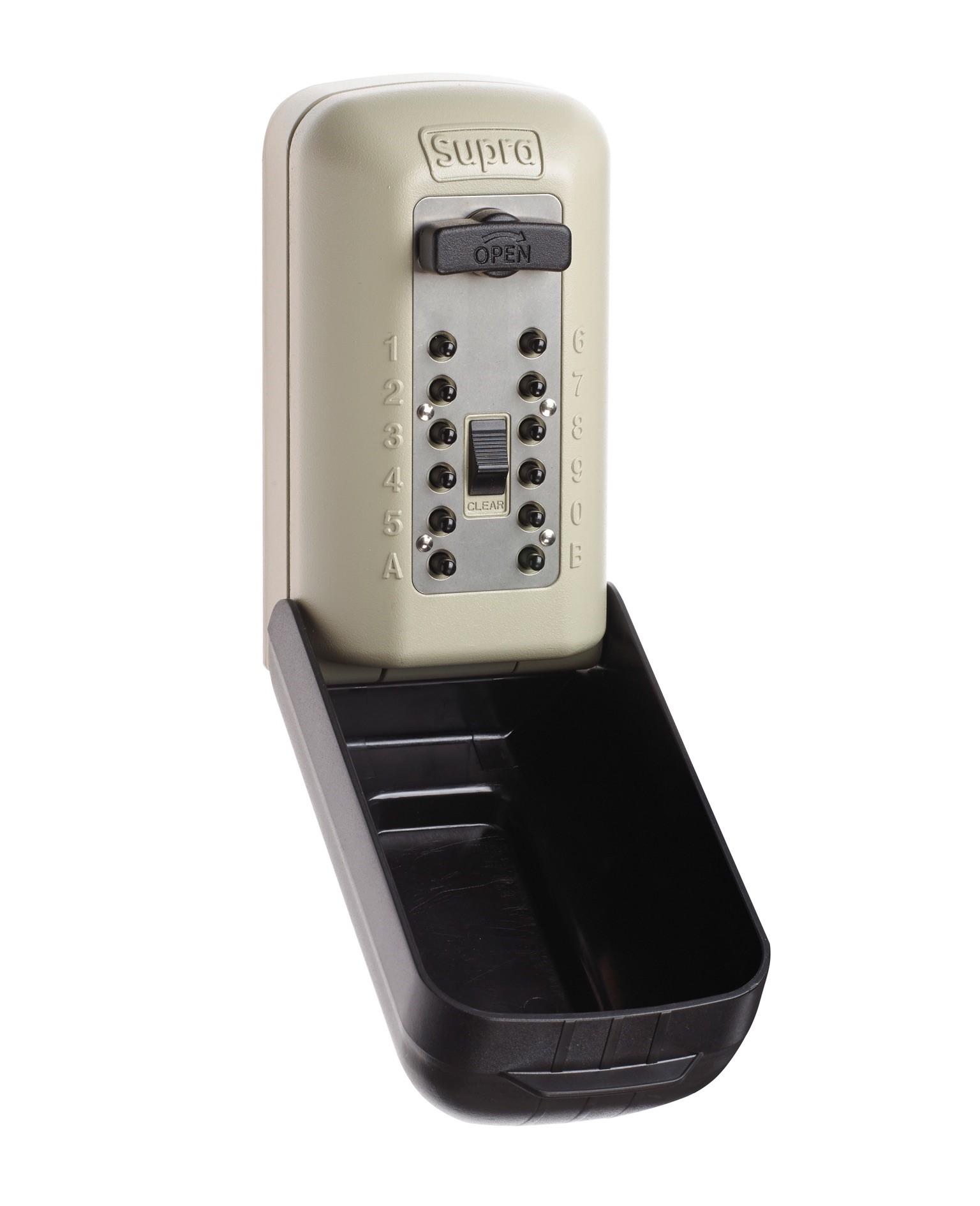