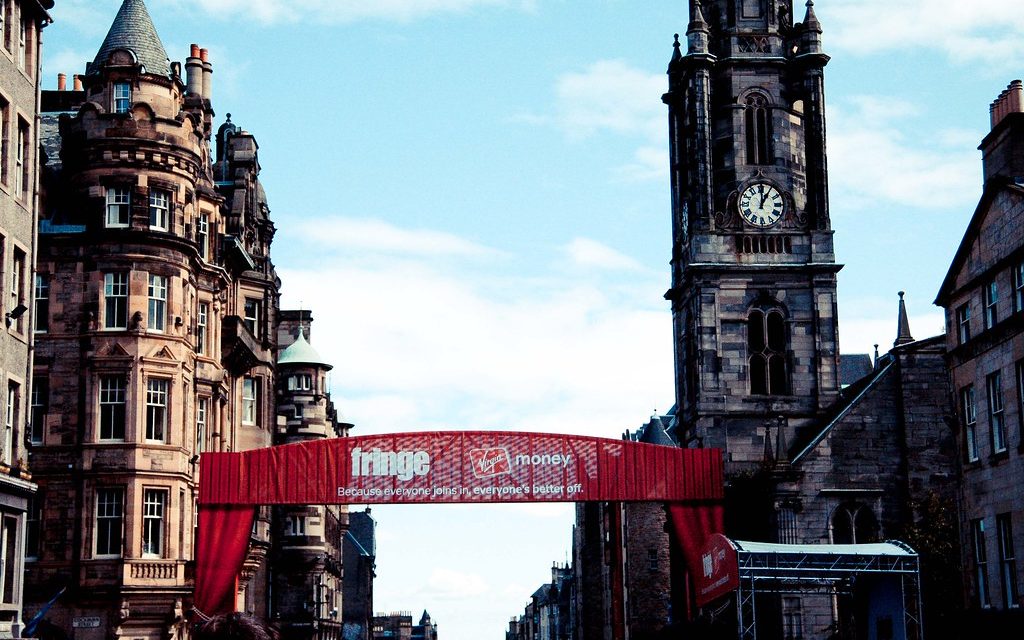 Fringe Fever has almost descended upon us, and as of tomorrow, Edinburgh will be bursting with talented singers, dancers, performers, and comedians prepared to put on the show of their lives. We’ve trawled through the event programme and found some great disabled comics, both new and old favourites, for you to enjoy at this year’s festival.

The brochure says: “Paralympic gold medalist Liam Malone debuts his one-hour show of dark comedy delivering hilarious stories from being on social welfare to becoming a champion, losing his mother to cancer and working in artificial intelligence; assassinating his own image as an inspiration and hilariously following the dark path of all blade runners.”
Catch the show: 1 – 25 August (not 13), 7:45pm
Where’s it on: Gilded Balloon (venue 98)
Accessibility: Wheelchair accessible; wheelchair accessible toilets

Lost Voice Guy: I’m Only in It for the Parking

The brochure says: “Following the unprecedented success of his appearance on the final of Britain’s Got Talent 2018, BBC New Comedy Award winner and star and writer of BBC Radio 4’s comedy series Ability, Lee Ridley (AKA Lost Voice Guy) is back at the Edinburgh Fringe. He may not be able to talk but he definitely has something to say and his comedy will leave you speechless.”
Catch the show: 11 – 25 August, 7.30pm
Where’s it on: Gilded Balloon (venue 64)
Accessibility: Wheelchair accessible; wheelchair accessible toilets; audio enhancement system

The brochure says: “Join the BBC New Comedy Award finalist and wheelchair enthusiast as he tells you about how his first paid gig led to him performing on BBC2 a year later, and what happens when you are being trolled online for not being disabled enough. Aaron is far better at stand-up than standing up and his unique perspective on life – usually of people’s belly buttons – gives him a distinctive edge in his performances as well as a sore neck.”
Catch the show: 1 – 26 August (not 12, 13), 1.30pm
Where it’s on: Underbelly (venue 302)
Accessibility: Wheelchair accessible; sight not needed

The brochure says: “Join award-nominated comedian and one-eyed legend Georgie Morrell as she explores disability and celebrity. Ever wanted to be an icon and have everyone look up to you? Georgie didn’t, but she is now and doesn’t remember agreeing to this. Or did she? Has she sacrificed who she is to be the poster girl of disability?”
Catch the show: 1 – 26 August (not 12), 2.00pm
Where it’s on: Gilded Balloon Teviot (venue 14)
Accessibility: Wheelchair accessible; wheelchair accessible toilets; sight not needed

The brochure says: “After a sell-out debut hour Rosie “triple threat” Jones returns to the Edinburgh Fringe with a big question: am I backwards, or are they? She explores the hilarious difficulties of navigating the world whilst being the only disabled, gay, northern comedian with quite the penchant for sexual aggression. Rosie’s second hour is certain to be a hit.”
Catch the show: 1 – 25 August (not 12), 7.00pm
Where’s it on: Pleasance Courtyard (venue 33)
Accessibility: Wheelchair accessible; wheelchair accessible toilets; audio enhancement system; sight not needed

The brochure says: “A debut show from a comedian who was born with Poland Syndrome making him lopsided with a misshapen hand. Following life-changing surgery, he has toes for fingers on his left hand and in this unflinchingly honest show, he examines body image, mental health and being disabled in an image-obsessed world. An hour of anarchic storytelling and acidic punchlines exploring how he has learnt to roll with the hand life dealt him and draw humour from what we are told is humourless.”
Catch the show: 1 – 26 August (not 12), 12.45pm
Where’s it on: Gilded Balloon Teviot (venue 14)
Accessibility: Wheelchair accessible; wheelchair accessible toilets; sight not needed

Click here for an accessible guide to the festival. 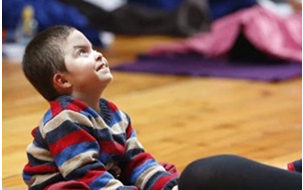 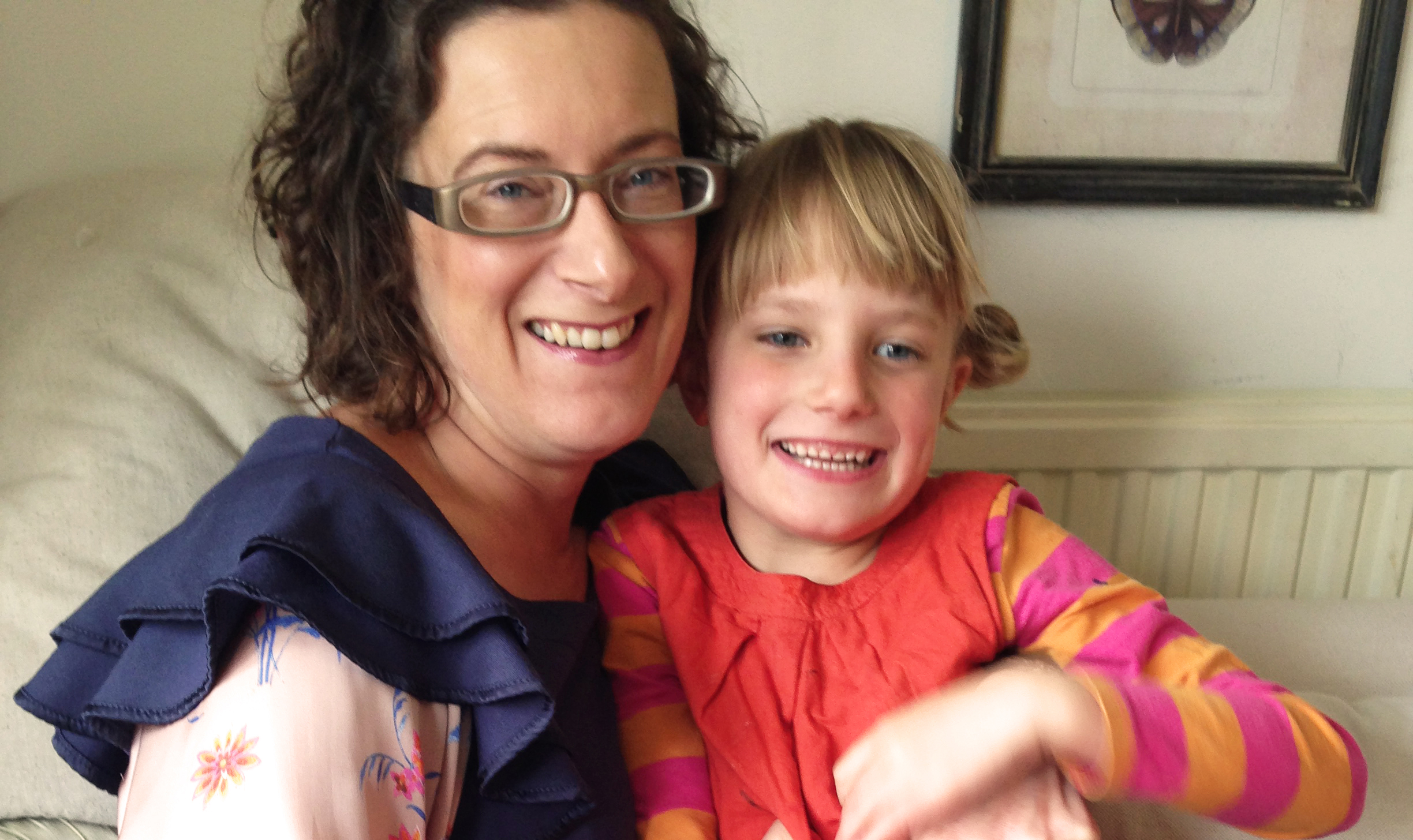 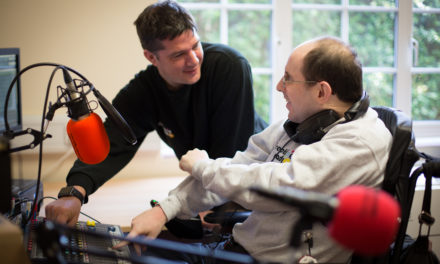 Direction Radio is on the hunt for DJ’s with disabilities 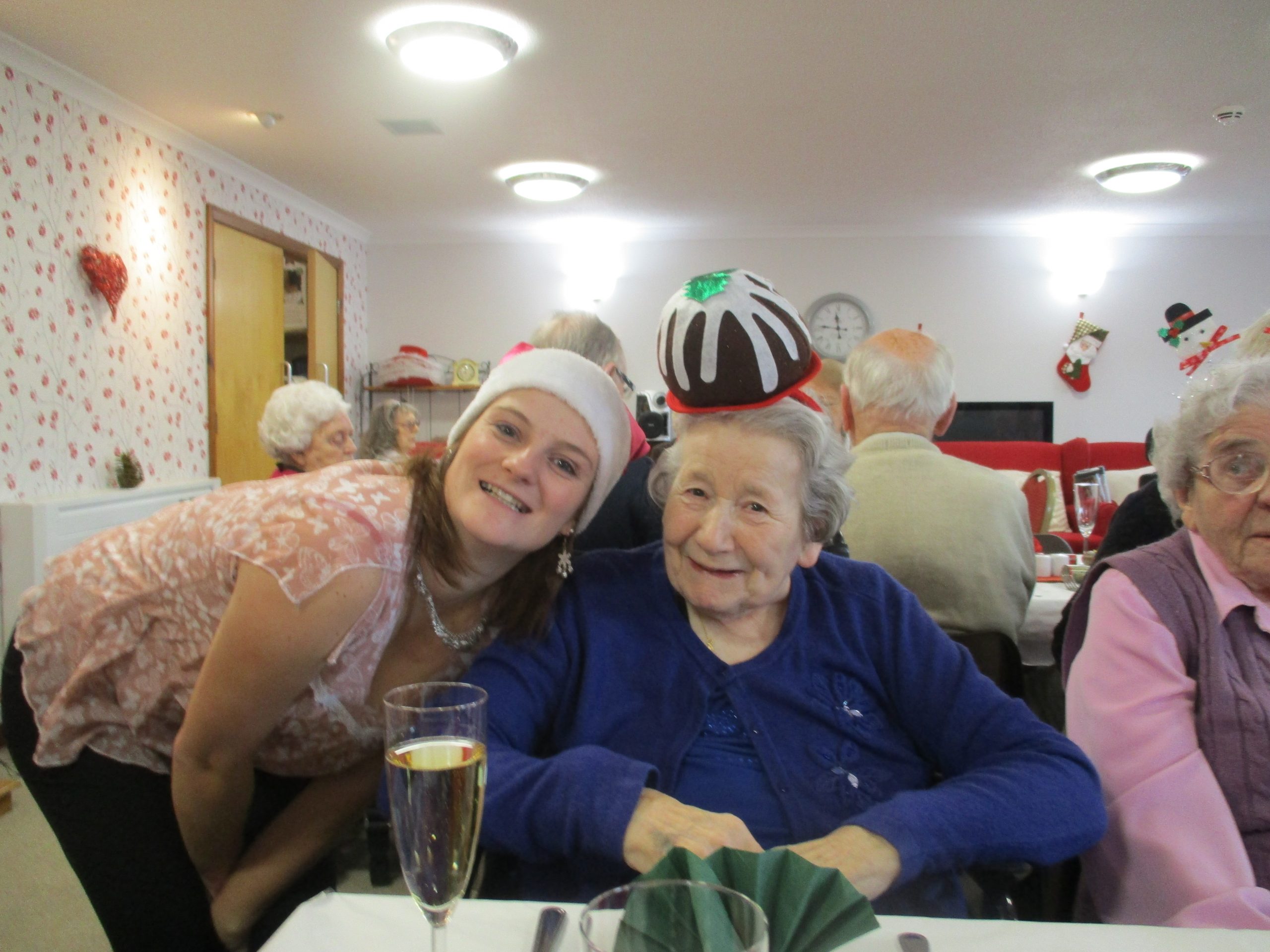