Trust Lady Gaga to turn a wheelchair into an accessory.

Left with limited mobility after undergoing surgery on her hip, the 26-year-old was never going to be limping around on scruffy old crutches.

Instead she is using a 24k gold plated vehicle specially created for her by Ken Borochov of luxury brand Mordekai.

The one of a kind chair comes with a black tufted calf leather seat and a removable leather canopy.

The vintage inspired vehicle looks like something from Victoria England, with a padded leg rest and even gold-plated brakes.

Designer Borochov said in a statement that he created the ‘chariot’ in a week and took inspiration from a throne.

‘I certainly wasn’t expecting that phone call and have never done a wheelchair but am always up for a challenge and was thrilled to create what I affectionately dubbed the Chariot, a chair fit only for a queen,’ he explained.

Gaga was pictured reclining in the plush chair in a photo posted online by Terry Richardson.

With her blonde hair curled and dressed in what appeared to be a dressing gown and flat shoes, she was taking a break from her usual eye-catching clothing.

Last month Gaga posted a picture of the chair on Twitter introducing it to her followers as ‘Emma’.

It came after the Bad Romance singer was been forced to cancel all 25 remaining U.S. dates, after suffering a severe injury to her right hip that had been causing her chronic pain.

She thanked her fans for their support.

‘As they wheeled me into surgery today, I thought about all of your pain and perseverance, your unique family situations, school environments, health issues, homelessness, identity struggles – sometimes you are so brave that it terrifies me,’ she wrote.

‘So I thought to myself, I’m alive, I’m living my dream, and this is just a bump in the road. I’m grateful because this is temporary, and for some it is not.’

It’s not the first time Gaga’s been seen in a chair.

She caused outrage among disability groups after she wheeled herself on in front of 1,000 people in Sydney, Australia two years ago.

Gaga also used a wheelchair in the video for her hit song Paparazzi, where she was seen wearing a neck brace after being pushed off a balcony by her lover.

Gaga is not the first music artists to use a wheelchair as a prop and many said she had ripped off Bette Midler’s famous stage character Delores Delago, a beached mermaid that appears on stage in a wheelchair.

And at the 1992 Reading Festival, the late Kurt Cobain, the Nirvana frontman was wheeled on to the stage for their headlining set in a dig at journalists who had accused Kurt of being a drug addict and had made speculations about his mental health. 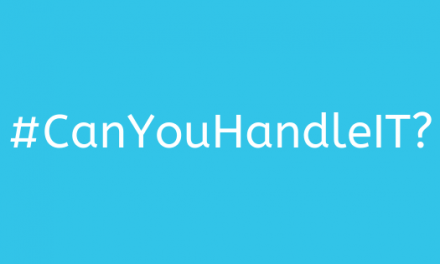 The UK IT Challenge

Shopper, 64, dies after a fight over Asda disabled bay: 65-year-old arrested for manslaughter